Easter morning I found myself considering the word Condescension as it applies to mortal men trying to figure out our purpose and relationship with God and His Only Beloved Son, Jesus Christ.

I’d purchased chocolate bunnies to go along with the Easter Eggs that my grandchildren colored in the front yard; but that has little if anything to do with the spiritual importance of Easter.

Most often when you hear the word Condescension it holds a negative meaning. Someone feels they are above your station in life talks to you in a way intended to remind you that they are above you in stature. Immediately the hair on your back bristles; you recognize the offensive attitude being presented, similar to how We The People react to those we’ve elected as they develop their self appointed elitist state of mind, a station above the lowly peasants. 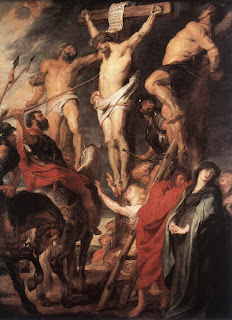 But with God, as with His Only Begotten Son, Jesus Christ; Condescension fits the first offered definition. God the Father, in his eternal nature and love for all His spirit children made it possible for us to return to His presence through His Only Begotten Son who would make an atonement for each and everyone of us. The Great Plan of Salvation took into account the need for such a Condescension, a necessary decent from His heavenly throne.

Bruce R. McConkie delivered a devotional talk just before Christmas back in 1969 entitled, Know Ye The Condescension of God?. While given at Christmas, this wonderful explanation as to our relationship with God the Father and Jesus Christ could as easily been directed to us at Easter; the two being joined at the hip, so to speak, as to their importance as pertain to individuals going through this probationary state.

Rather than regurgitate the information Elder McConkie presented I’ll leave it to you to enjoy the audio version as provided in the link. Easter gives us an opportunity to consider the Condescension of God, to express our gratitude for a gift we are unable to fathom.

(The Moral Liberal is down for construction at this time; but will return with improvements in due time)