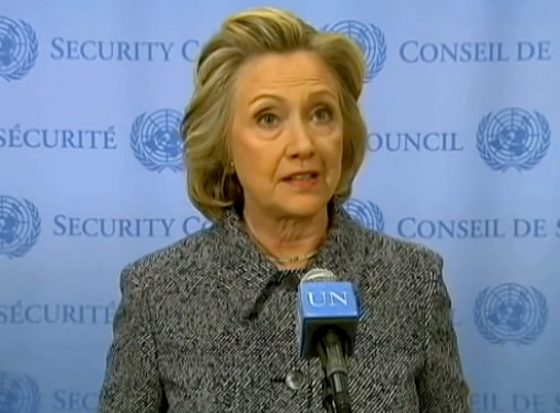 Hillary Clinton says racism is in the DNA of white people. She told a mostly black audience on Wednesday that racial bias is something that has been part of our “DNA going back probably millennia.” On the other hand, Mrs. Clinton embraces the cause of “transgender” people who claim to be the opposite of their gender identity. In short, she stands with the DNA deniers.

Welcome to the liberal world of cultural decline and sexual disorder. Once again, the major media are in the middle of the confusion.

This isn’t just a semantic debate. ESPN analyst Curt Schilling has just been fired for highlighting in an amusing way the current push for men to be able to enter women’s bathrooms.

Mrs. Clinton actually stole the white racism line from President Barack Obama. He saidtwo years ago, “The legacy of slavery, Jim Crow, discrimination in almost every institution of our lives, you know, that casts a long shadow, and that’s still part of our DNA that’s passed on.” By “our,” he of course meant white people.

This is trash talk, with no scientific basis in fact and no credibility. But such charges are allowed to go unchallenged by the media.

END_OF_DOCUMENT_TOKEN_TO_BE_REPLACED

With research by Mark Musser* 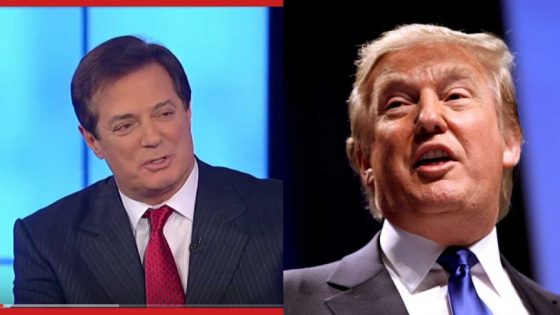 Donald J. Trump said it was a “great honor” to be complimented by Russia’s Vladimir Putin. What’s significant is what the New York businessman has done to earn this praise. He pursued deals in the old Soviet Union and Russia and, as a presidential candidate, has hired little-known “experts” like Carter Page, an adviser to Russian gas company Gazprom.

Another curious Trump hire is Republican insider Paul Manafort, a “fixer” who has a history of doing business in the former Soviet Union. After taking a job as Trump’s delegate hunter, Manafort swiftly accused Trump’s main opponent, Senator Ted Cruz (R-TX), of using Gestapo-like tactics in the presidential race.

But it’s Manafort who has something to explain and answer for. He did consulting work in Ukraine for the pro-Russian candidate, Victor Yanukovych. Manafort was called “Ukraine’s Fixer” when the country was under the yoke of Moscow, the Russians were desperate to remain in control, and the people of Ukraine were crying out for freedom and ties to the West.

END_OF_DOCUMENT_TOKEN_TO_BE_REPLACED

“My permanent fight to preserve the peace, prevent the war and decrease the sufferings of everyone regardless of religion were an exemplary effort deserving respect rather than persecution.”

–Radovan Karadzic to Balkan Insight, ahead of his March 24, 2016 Guilty verdict

“Through relentless propaganda efforts, “Srebrenica” has become a synonym for “genocide,” as Serbs stand accused of killing some 7,000 Muslim men – military personnel who refused to surrender – who fled the town. The fact that they gave safe passage, food, and water to the women and children left behind – hardly a hallmark of “genocide” – is ignored.”

If one thinks that the 40-year sentence handed down last month to former Bosnian-Serb president Radovan Karadzic has nothing to do with oneself or with our collective future, then one hasn’t been paying attention. Not that anyone thinks about it one way or the other. Certainly not Americans in the throes of a presidential election year, and so who would bother paying attention to the fate of some former president, from some other, unthought-about country, for something that happened 20 years ago? Never mind that the American co-president from that era may be our president again next year.

Fact is, the American election pales in relevance to what just happened, yet again, at the International Criminal Tribunal for the Former Yugoslavia (ICTY).

END_OF_DOCUMENT_TOKEN_TO_BE_REPLACED 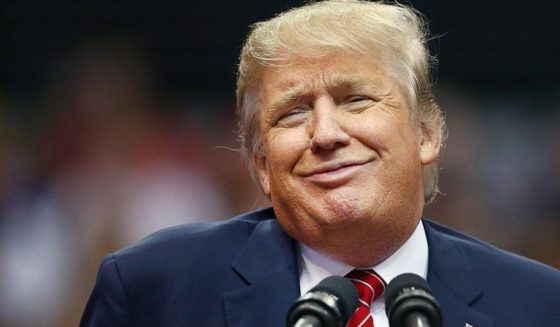 The debate over Donald J. Trump’s charges of a “rigged” Republican primary system demonstrates that Trump wasn’t a Republican to begin with. As a Democrat who became a Republican just to seize the nomination, he seems to have had no understanding of how the Republicans operate and manage their presidential nominating process. He has been forced to bring a former top Republican, Paul Manafort, into his campaign organization to help him compete for delegates.

Rush Limbaugh and Joseph Farah maintain that Trump, the master of complex real estate deals, completely understood the Republican rules but chose to ignore them so that he could accuse the GOP of being corrupt.

If this is the case, then Trump’s campaign is even more of a hostile takeover than anyone imagined.

Senator Ted Cruz (R-TX) and his followers have been able to work within the system because they have contacts with the elected officials and other activists who make up the Republican Party base.

END_OF_DOCUMENT_TOKEN_TO_BE_REPLACED