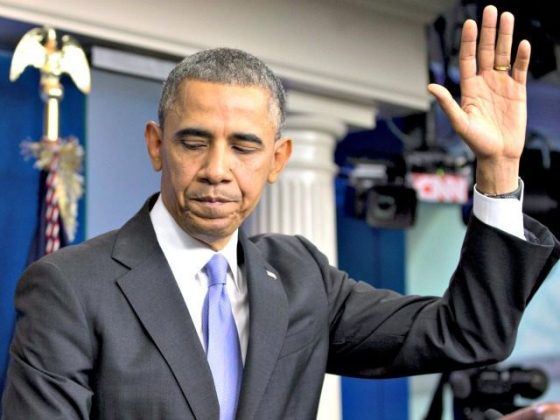 Many Americans were forced by the Obama administration into this unsustainable program that has high deductibles and ever-increasing premiums. “According to a 2014 McKinsey survey, about three-quarters of those in the exchanges were previously insured on commercial plans, either through their employers or the individual market,” writes Thiessen. “They were doing fine without taxpayer-subsidized insurance but were pushed into Obamacare.”

According to the Heritage Foundation in 2015, a net 4.5 million Americans lost their employer-based coverage in 2014. “Because the reduction in employer-group coverage offset almost all of the increase in individual-market coverage, the net change in private-market coverage during 2014 was an increase of just 260,000 individuals,” write Edmund F. Haislmaier and Drew Gonshorowski for Heritage.

While Obamacare did change the law to allow those with preexisting conditions access to care, it has also had disproportionately negative effects in exchange for that benefit. Was the rise in the number of insured really worth the cost? After all, health care access does not always translate into better health care service. In fact, the real world effect is often quite the contrary.

As Thiessen pointed out, “The president promised ‘if you like your doctor, you can keep your doctor.’ But commercial insurers who stay in Obamacare are responding to massive losses by narrowing provider networks, with fewer doctors and hospitals to choose from. And those that quit are being replaced by Medicaid HMOs with even less doctor choice.”

Heritage’s numbers showed that Obamacare has helped very little to expand health care coverage outside of the Medicaid expansion.

Also, how many Americans have lost, or cannot find, full-time jobs because of Obamacare? As we have previously cited, Mort Zuckerman, the chairman and editor of U.S. News and World Report, writing for The Wall Street Journal, argued that “Many employers cut workers’ hours to avoid the Affordable Care Act’s mandate to provide health insurance to anyone working 30 hours a week or more.”

By casting opposition to Obamacare as merely Republican partisanship, Sullivan has ignored the fact that Hillary Clinton herself has argued that she would “look at all the employment rules” to reverse Obamacare’s perverse incentives.

“You know, we’ve got to change that, because we have built in some unfortunate incentives that discourage full-time employment,” said presidential candidate Mrs. Clinton in December of last year.

If Sullivan is so interested in outlining presidential candidates’ Obamacare policies, why did he not report on Mrs. Clinton’s stated desire to reexamine the law?

Health care insurers have been bleeding red with billions of dollars of losses, despite the Obama administration’s generous re-insurance and risk-corridor subsidies. Those “subsidies are set to expire in 2017, meaning that insurers will have to make ends meet without billions in handouts,” writes Doug Badger for National Review. This may lead to even sharper increases in Obamacare premiums than have already occurred.

“Even if insurers had received all the reinsurance and risk-corridor handouts they sought—an average of $1,106 per enrollee, or nearly 25 percent of premium—they still would have lost money, our study found,” writes Badger. As it is, the Centers for Medicaid and Medicare Services (CMS) decided to defy the law and stiff the Treasury, sending billions in payments to insurers instead.

Thiessen proposes that insurance companies have three ways to respond to their current financial dilemma: “scale back coverage…raise prices or…get out of the exchanges entirely.” He believes that many insurers will choose the last option—but any of these changes can only make a bad situation worse for Obamacare’s enrollees.

Obamacare’s prohibitively high deductibles push costs back onto consumers rather than insurers, while the true costs of health care remains hidden.

“This is the adverse selection spiral—higher premiums lead to a worse risk pool, which leads to higher premiums, which leads to an even worse risk pool, and so on,” writesBrian Blase for Forbes. He and scholars at the Galen Institute and Heritage Foundation found in a new study that without reinsurance subsidies the insurance companies would have had to charge 26 percent more for their premiums in 2014. In other words, the government is hiding the costs of Obamacare, and throwing good money after bad.

“Does this mean that Obamacare is finally entering its ‘death spiral’? Not exactly,” argues Thiessen. Instead, Obamacare consumers may face reduced quality in their health care plans.

Few mainstream media outlets report fairly about the disaster that is Obamacare, where nobody seems to have enough money to provide, or purchase, health care without big government bailing them out. Instead, Sullivan of The Hill ended with a quote from Chris Jennings, a health advisor to Hillary Clinton, who also advised Obama on health care reform, that “The ‘sky is falling’ argument is not at all compelling…It is predictable, but it is not compelling.”

The sky doesn’t need to fall on Obamacare to expose the law’s underlying flaws. We have previously documented how Obamacare was falsely sold to the American people, and how the original law was just a starting point for Obama administration bureaucrats who then added more than 20,000 pages of burdensome and confusing regulations to it.

By refusing to discuss the actual problems with Obamacare, the mainstream media are complicit in helping Obama and the Democrats scoot past the next election while claiming a great achievement for America. Instead, the media should be holding them accountable for the damage this law has done to America’s health care system, to the job market, and to the family budget of millions of Americans.