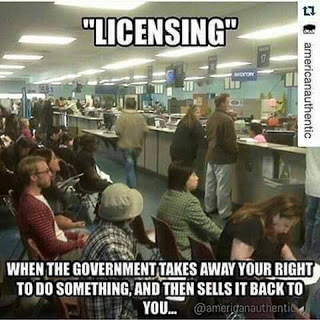 I’ve been involved in the locksmith industry right at forty years.  As far back as the 70s those who taught me the ‘tricks of the trade’ could see the handwriting on the wall; eventually licenses would be required.  A couple of respected locksmiths vouched for my abilities and had me join the Associated Locksmiths of American (ALOA) with the understanding that having membership would be the key, no pun intended, the key to being ‘grandfathered’ by the State; they were correct.

Licensing came about in spite of many individuals pointing out it was a mistake; but as it was explained in no uncertain terms by our local ALOA representatives, it was either become licensed or find some other line of work.

I wrote some of my thoughts when it all came about, Business Licenses – Jump for Joy.  From that article:

I will start off with the stated mission of the Agency which is the “protection of the public through fair and impartial regulation of the Private Investigations and Private Security Industry”. It goes further and states its job as Agency in the State of Texas for “ensuring citizens and consumers of investigations and security services, that these industries provide reliable services, employ qualified and trustworthy personnel, and are free from misrepresentation and fraud”. With a mission statement as broad as all that; (*) who could complain that they don’t have everyone’s interests at heart?  (*sarcasm button engaged)

I’ve since learned much more about locksmith work; but also about how government screws up nearly anything they touch.

In a landmark decision, “Dent v. West Virginia gave to the states the police powers to regulate occupations (Gross 1984). This case largely took away the right for the federal government to preempt state law in the arena of occupational licensing.”   Dent v. West Virginia involved individuals in the medical field as pertains to the State including specific wording, “…to protect the health and safety of consumers…”

Magically, the same basic phrasing applied to doctors to have them licensed has been applied to almost every other industry the State decides needs to be licensed.

“The main rationales for occupational licensing are to protect the health and safety of consumers and to ensure a sufficiently high level of product or service quality.  By making would be practitioners undergo specific training, pass exams, and complete other requirements, according to this rationale, the public is better protected from fraudulent, disreputable, and unqualified service providers.” (emphasis added)

The expansion of government depends on the public’s perception that some bureaucracy run by the State magically guarantees your safety and well being.   “…and if you’ll buy that… I’ve got some ocean front property in Arizona”.  George Straight made a chunk of change off of that tune. 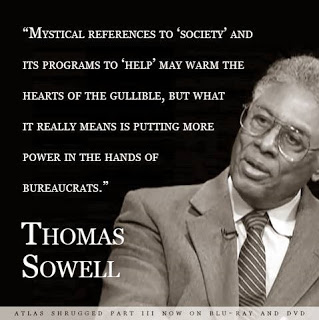 But can the State justify licensing so many varied industries under the all encompassing phrase, “to protect the health and safety of consumers”, or as Thomas Sowell has been quoted when pointing out how our constitutional republic continues to drift toward Socialism, “Mystical References to ‘society’ and its programs to ‘Help”…”?

The answer is, No, they can’t; …but they do it anyway.

Study after study has shown there is little if any additional ‘safety’ gained by licensing a wide variety of industries, to include the locksmith industry.  Such licensing; however, has proven to increase the cost of goods and services to customers while limiting competition for those already licensed by keeping newcomers, part timers and tinkerers out.

“In fact, standard economic models imply that the restrictions from occupational licensing can result in up to 2.85 million fewer jobs nationwide, with an annual cost to consumers of $203 billion (Kleiner, Krueger, and Mas 2011).  In addition, evidence suggests that occupational licensing can result in a loss in overall output of about 0.1 percent of annual consumption expenditures (Kleiner 2006). Overall, current research shows many cases in which there are limited benefits of occupational regulation for consumers. There is little evidence to show that the licensing of many different occupations has improved the quality of services received by consumers, although in many cases it has increased prices and limited economic output.” (from the Hamilton Project, emphasis added)

“The burden should be on the government together with the associations representing the occupation to demonstrate that the social benefits of these requirements exceed the economic costs.”

“If current legal remedies are adequate, then there is no need for further occupational licensing. If the courts are crowded due to claims of fraud or incompetence against currently unlicensed individuals in the occupation, it is unclear that licensing would reduce court crowding, as courts currently adjudicate cases between licensed occupations.” (Which begs the question, How many law suits are brought before the courts which involve unlicensed locksmiths defrauding consumers and are these law suits causing the courts to be overloaded?”)

But, in actuality the burden isn’t on government to prove anything…  Locksmiths who have been applying their skills, those who’ve already proven their products and services a value to the community, licensed locksmiths who are purportedly government’s guarantee for the public’s safety…, qualified skilled locksmiths are reminded each year that they must maintain that license by jumping through Lilliputian Hoops, completing meaningless continuing education classes which further add to the cost of doing business, costs which are passed directly to the consumer…either that or forfeit their license and seek employment in some other industry.

I had the opportunity to sit down and talk with Claude ‘CD’ Siems this past Saturday (April 30, 2016), a fellow locksmith and only sitting board member on the DPS/PSB who is a locksmith.   He seemed frustrated, a mild observation, as he mentioned he was not permitted to talk with other board members about items they were about to vote on, items which would directly affect each and every licensed locksmith in the State of Texas.  Does that seem more than a little odd to anyone else?

I mentioned my concerns about the DPS/PSB being able to justify licensing locksmiths, mandatory continuing education credit hours, arbitrarily high insurance requirements and other issues.  I brought up Ezra Taft Benson’s talk,The Proper Role of Government, one of the best explanations about how government receives its authorized powers from the governed.

Translated that means other locksmiths don’t have legitimate power to mandate how I run my business so how can they give powers they don’t have to the DPS/PSB?   Short answer, they don’t and can’t.

‘CD’ and I acknowledged, licensing wasn’t going away; but the State really couldn’t justify most, (if any), of the board’s mandates; but the DPS/PSB, can do what ever it wants.

The cost of keeping a business in good standing along with renewing a locksmith license each year is about $500, give or take; but the State of Texas claims those fees are to cover ‘clerical costs’.  If that is so, why does the State of Texas only charge $25 for a Driver’s License,…and that’s good for 6 years?

Please explain the enormous difference in ‘clerical costs’.  These folks have already been investigated, already obtained their locksmith license and have not violated the trust of the public; surely the State isn’t doing any additional background checks.  Could it be that locksmith associations, via the State, areintentionally creating a closed market, limiting those who can or cannot be a locksmith?

In my wallet I carry both licenses; they look identical, even the photograph is the same.  Why can’t the State of Texas put a mark on the back of the driver’s license to indicate the individual is also approved as a locksmith and pass along the more reasonable ‘clerical cost’ of $25?

It would be nice for folks to keep up with technology; but can the State reasonably restrict a locksmith who only wants to work on older locks he/she has proven to be proficient with and has no desire or claim to be proficient in newer locks?   The government must prove its demands, not the other way around!

One thing I’ve noticed in almost every Occupational Licensing research study is their inability to understand that nearly all occupational licensing violates the principle of individual liberty.  Instead they see America as one huge ‘collective’ rather than acknowledging inalienable individual God given rights to Life, Liberty and the Pursuit of Happiness as mentioned in the Declaration of Independence.

I can hear the DPS/PSB board members unspoken thoughts, as if in the movie,Treasure of the Sierra Madre, “We don’t need no stinkin’ justification, do as you’re told!”  Sorry, Folks, that’s not acceptable.