The tulip tree (liriodendron tulipifera) official state tree of Indiana, as in “out of one’s tulip tree”

AW:  The Third of May was quite an auspicious day in American history. First, we had Donald Trump’s freakish Lee Harvey Oswalding of Ted Cruz’ father Rafael. It was as if he shouted at the top of his lungs, “America! Listen! I am not fit for the U.S. Presidency!” This brought Cruz’ epic lambasting of Trump as the malignant narcissist he is (reader, catch it if you haven’t). Then, of course Hoosiers deftly proceeded to tilt the whole Republican pan of marbles to Trump, whereupon Cruz suspended his campaign. I think God is showing our country just how sensible we have gotten.

It’s been two months since I interviewed you and I’m really annoyed about a number of things, Sam. The news media are derelict of duty about Trump and his readily apparent Narcissistic Personality Disorder, despite the warnings from you and a number of other experts who have put their reputations on the line. “Trumpkins” in social media claim all politicians are narcissists, so what? Maybe the core of the matter is people don’t understand how dangerous and harmful this all is. Let’s start with that.

So, just speculatively, from your experience and observations, how dangerous do you believe a President Trump would be?

Narcissists (people with a full-fledged personality disorder) are positively dangerous: they are delusional, their thinking is clouded by grandiose fantasies, they are vindictive, contemptuous, aggressive, destructive, bullying, sadistic, and have no self-awareness. They are not curious and vehemently and sometimes violently reject any criticism, suggestion, or disagreement. They lack empathy and they exploit people, having objectified and abused them.

One more thing: it is common practice to evaluate someone’s mental health not having interviewed him or her and without administering psychological tests. Mental health evaluation (as distinct from a proper diagnosis) does not require physical access to the evaluated person. The CIA has an entire department dedicated to the psychological profiling of world leaders (read Jerrold Post’s analysis of Saddam Hussein, now available online – or the OSS psych-profile of Adolf Hitler). The FBI uses psychiatrists to construct psychological profiles of serial killers and terrorists. Scholars habitually publish “remote diagnoses” of public personalities in weighty and venerable academic journals. It is common practice!

AW: To put Trump into perspective, can you rate him among the candidates, regarding narcissism and perhaps any other mental defects you may see?

Vaknin: Evaluating the mental health of a public figure requires an inordinate amount of research. Over the past 5 years, I have watched well over 600 hours of Trump in various settings and read everything he has written and was quoted as saying. I have no such in-depth acquaintance with the other candidates except Clinton.

Trump is a malignant narcissist. This view is shared by dozens of mental health professionals who went on public record with their analyses of his mental infirmity. He is dangerous, antisocial, destructive, vindictive, sadistic, and hypervigilant (paranoid and hypersensitive).

Clinton strikes me as somewhat psychopathic: she is a pathological liar, a rank manipulator, a confabulator, and is exploitative and dysempathic. But, she is far less likely to implode and self-destruct than Trump. While she is far from an optimal choice for any public office, she is no way near as ominous as Trump.

AW: In Trump’s actual behaviors, whether before or during his candidacy, can you point to examples or patterns that would indicate harmful behaviors were he to actually be our next president? Attach any likelihoods? Or is that too much to speculate?

Vaknin: Trump is so unfit to be president that I am not sure where to start. But here are a few issues that are likely to raise their collective ugly heads even in the first weeks of a Trump Presidency:

Trump regards himself as omniscient, an authority on anything and everything, from aesthetics to ethics. He, therefore, lacks intellectual curiosity and regards outside advice as both superfluous and injurious (because it implies that he is less than perfect). He is likely to surround himself with timid yes-men and sycophantic acolytes, and generate an impregnable echo chamber rather than a council of wise men and women.

Trump’s grasp of nuanced reality, weak as it already is, is likely to deteriorate further to the point of paranoid psychosis. Faced with opposition, however tenuous, he is likely to react by scapegoating and by inciting street or state violence against targeted groups. Trump is the state, so his enemies (anyone who as much as voices doubt or disagrees with him) is, by definition, an enemy of the state. 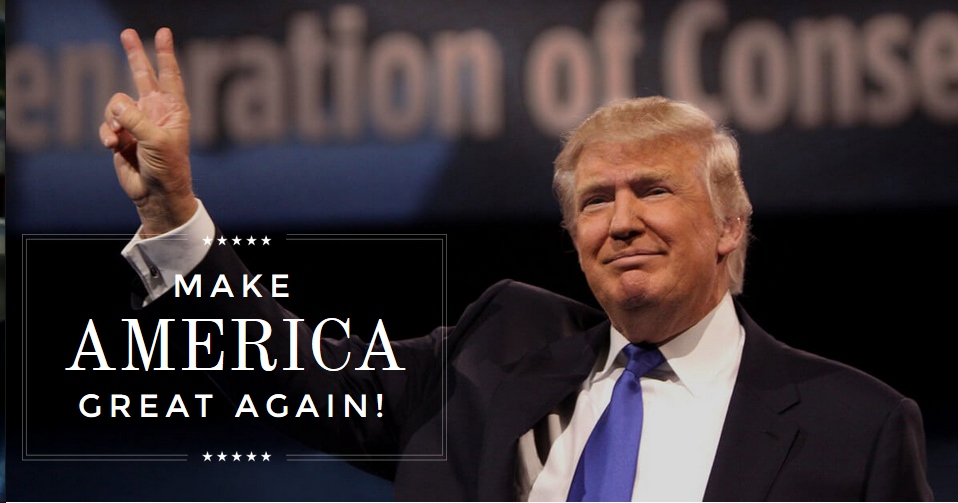 Owing to his self-perceived innate superiority, Trump regards himself as above and transcending laws made by lesser mortals. Laws are meant to trap and ensnare giants like him, to drag him down to the pedestrian level of mediocrity. He plays by the rules only when and if they accord with his predilections and self-interest.

Like all narcissists, Trump believes that he is universally loved, adored, and admired. He attributes this ostensible (and utterly delusional) blanket approbation to his effusive charm and irresistibility. He is firmly convinced that he can motivate people to transgress against their own moral convictions and to break the law, if necessary, just by the sheer force of his monumental personality. Trump idealizes and then rapidly devalues people, collectives, and institutions. Trump is in sempiternal flux: he is inconstant in his judgements, opinions, views, and fleeting attachments.

Trump is intellectually lazy, so he is a firm adherent of shortcuts and of “fake it till you make it.” It is a dangerous approach that led him to botch numerous business deals and inflict untold damage and suffering on thousands of people. [AW: e.g., bankrupt businesses, Trump University.]

Trump is authoritarian in the worst sense of the word. In his disordered, chaotic mind, he is infallible (incapable of erring), omnipotent (can achieve anything if he just sets his mind to it), and omniscient (needs to learn nothing as he is the fount of all true, intuitive knowledge). This precludes any proper team work, orderly governance, institutional capacity, flow of authority and responsibility, and just plain structure. Trump is an artist, led by inconsistent and intermittent inspiration, not by reliable, old-fashioned perspiration. He is not a self-made man, but a self-conjured caricature of a self-made man. Trump is guided by his alleged inner divine wisdom. He is a malevolent guru and cult leader, not a politician or a statesman.

Ironically, Trump’s much trumpeted grandiosity is fragile because it is based on delusional and fantastic assumptions of perfection and intellectual brilliance which are hard to defend. Hence Trump’s relentless and compulsive pursuit of affirmation and adulation. He needs to be constantly idolized just to feel half human. Criticism and disagreement, however minor and well-intentioned, are perceived as unmitigated threats to the precarious house of cards that is Trump’s personality. Consequently, Trump is sadistically vindictive, aiming not just to counter such countervailing opinions regarding his Godlike status, but to deter and intimidate future critics. [AW: behaviors unfortunately lumped nebulously together in the media as “bullying”]

Finally, aiming to disavow his own fragility and the indisputable fact that his public persona is nothing but a fabrication, Trump ostentatiously and volubly abhors and berates the weak, the meek, “losers,” “haters” (of which he is a prime example), the disabled, women, minorities, and anyone else who might remind him by their very existence of how far from perfect and brilliant he is. The public Trump is about hatred, resentment, rage, envy, and other negative emotions because he is mercilessly driven by these very demons internally. Trump’s quotidien [daily] existence is a Kafkaesque trial in which he stands accused of being a mere, average, not-too-bright mortal and is constantly found wanting and guilty as charged. His entire life is a desperate, last ditch attempt to prove wrong the prosecution in this never-ending courtroom drama.

AW: Just what we all want as the basis of an United States Presidency, all its powers at his disposal, all the options from which to choose, either to gain narcissistic supply from others, or to punish rivals and opposers. Please, let’s resume this conversation to discuss some examples of things Trump has said and done. Let’s do a little psychological science fiction, to translate such behaviors into those of The Donald of The Oval Office.

Sam Vaknin is the author of “Malignant Self-love: Narcissism Revisited” and other books and e-books about personality disorders in general and pathological narcissism in particular. His work is cited widely in both scholarly literature and the media. His YouTube channels have 45,000 subscribers and more than 15,000,000 views.