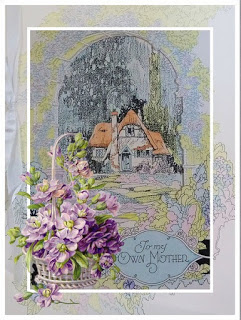 Sunday is Mother’s Day, a chance to consider the many blessings we should be grateful for.  Years ago my friend Tim Andersen would be asked to give the Mother’s Day talk at church, something of a tradition that we looked forward to.  He was the youngest son in a large family and his older siblings were much older so his parents had one more child in order to give him a playmate more his age; which is why Dean Andersen came to be.

I saw Dean at the Houston Temple going through the men’s dressing area this past Thursday.  Knowing a little about his family and his brother Tim’s brave fight with Leukemia, a fight that Tim eventually lost; made for a quiet moment as I considered the eternities and how Tim must be carrying out ‘the good fight’ on the other side of the veil.  We quietly acknowledged with a nod and a smile how much we missed Tim without saying a word, interesting how that works.

I used to catch a plane and visit my grandmother, Granny as she was known to everyone, each May, it being her birthday and Mother’s Day, take her out to dinner and let her know what a special lady she was in my life.  As she got towards the end of her life she didn’t want to go out to restaurants, preferring instead a quiet dinner at home.

Prior to visiting I called her next door neighbor and good friend, Robert, to arrange for a meal to be brought in; his knowing the local eateries and needless to say I’d reimburse him for what ever costs were involved.  I also made sure that Robert and his sister Judith would join us.

Upon arriving Robert and Judith were there waiting, a fabulous meal having been delivered.  There was a tray of Black and Green Olives, Celery, Radishes, sliced Bell Peppers with a bowl of Ranch Dressing Dip in the center.  I noticed a tray of sliced Roast Beef, freshly steamed Green Beans, New Potatoes and a loaf of French Bread.   I asked Robert how much I owed so we could settle up.

“Thirty Bucks should about cover it”, was his reply.  Hell, the tray of fresh vegetables cost at least that much as I crooked my neck and gave him a look of incredulity, to which he reassured me, “Thirty Dollars”.

During the prayer, prior to enjoying the meal I made sure to offer thanks for the food that had been graciously prepared; but decided to bless the, “wonderful liars who claimed the meal only cost Thirty Dollars”.  Robert and Judith nearly fell out of their chairs, not having expected such a straight forward expression of gratitude.

While working and going about locksmith calls it was a pleasure to call Granny on my cell phone; mostly to let her know I was thinking of her, and a chance to chide her as well.  I’d ask how she was feeling, knowing that becoming ancient comes with regular pains and set backs.

I’d tell her I was driving on the wrong side of the road, honk the horn and pretend to be annoyed with oncoming traffic to which she’d gasp and scold me for being such a difficult grandson, all the while laughing at the thought.

One time when I called her neighbor Judith answered the phone, “Wadsworth residence”.  I knew right away who it was as I asked irreverently, “Let me speak to the Old Bat”.

I might as well have shot the woman as I listened to the silence on the other end.  Granny had exceptional hearing and right away burst out, “Give me the phone, it’s my grandson!”    Not sure if Judith understood what a special relationship I had with Granny that permitted such a conversation to take place; but I miss those encounters more than can be expressed.

I suppose that’s why I enjoy calling my own mother during the week to let her know I’m thinking of her.  Life can be tough the older we get so a simple phone call might be the only ammunition against a worn out body and limited function. 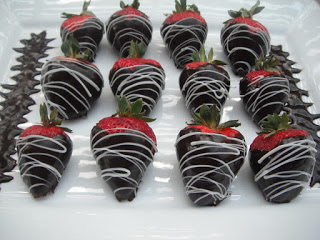 We sent mom a box of fancy dipped strawberries, something simple that would arrive in time for Mother’s Day.  Dad will enjoy them too, maybe more than mom; but they will know we love them and care about them.

I have a box of dipped strawberries for my wife and another box for my daughters who have children of their own.  If I’m lucky they won’t mind sharing one with this old man, let me thank them for all they do in their callings as Mothers.

There really isn’t any job description that covers what Mothers are required to do; basically “what ever is needed” and do it with a loving heart.

One thought on “Mother’s Day Thoughts”