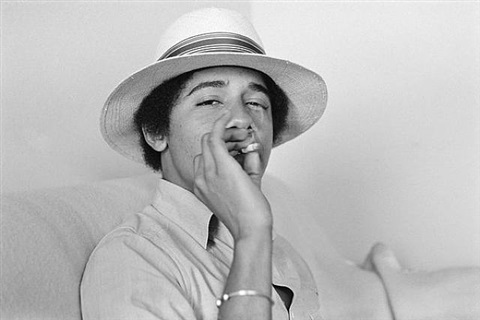 Our founders regarded homosexuality as a crime against nature. General George Washington ordered the court-martial of homosexuals.

Statements from Lynch about “founding ideals” and “fairness, inclusion and equality for all Americans” get reported in a matter-of-fact manner by the media. But they have no basis in law. The lawsuit filed by North Carolina notes that the position of the Justice Department “is a baseless and blatant overreach” and “an attempt to unilaterally rewrite long-established federal civil rights laws in a manner that is wholly inconsistent with the intent of Congress and disregards decades of statutory interpretation by the Courts.”

So what is happening here? Lynch’s reference to historical “progress” is Marxist jargon for the dialectical process that will somehow achieve pure social equality by moving the nation into a structure of government dictates and special benefits for preferred members of certain groups, seen as disadvantaged by the capitalist power structure. This is Obama’s view. It means that the definitions of “man” and “woman” are being stripped of their objective reality. The process obviously undermines America’s traditional values and morality, and will inexorably lead to all kinds of perverted practices being treated as new breakthroughs in human sexuality and progress.

If you are as curious as I was, you’re wondering about the content of the course “Mother Goose to Mash-Ups: Children’s Literature and Popular Texts.” Here’s the official description:

“Why did the London Bridge fall down? Is Rub-a-dub-dub really about bath time? Why didn’t an old man live in a shoe? Who is more imperialist, Babar or Peter Pan? Is Tinky Winky gay? Is South Park a children’s show? Is Harry Potter a Hero? How tired was Rosa Parks? Using different critical approaches, this course will examine children’s poetry, picture books, novels, cartoons, feature films, and music videos. Analysis will include topics related to gender, race, culture, and nation, as they play out in the aesthetics, images, and poetics of children’s texts.”

The course “Whiteness” is described this way:

A central aspect of progressive ideology is that women have a “right to choose.” When Hillary Clinton declared that “The unborn person doesn’t have constitutional rights,” she undermined this false narrative. She let a truth slip out, an offense that could be regarded as verbal aggression toward women on some campuses. According to progressive ideology, the unborn baby is not a person entitled to any rights. The right to life no longer exists for the child in the womb. Only the “rights” of the woman have value.

In his book, The Devil’s Pleasure Palace, Michael Walsh describes how the left, to its “everlasting shame,” has “convinced women to murder their own babies in the name of ‘rights’…” This is the secret of their success—to mask brutal murder through dismemberment and chemical poisoning with flowery language about the “rights” of those complicit in the killing.

By subverting the motherly instinct to have and care for children, the Cultural Marxists have laid the groundwork for other branches of the tree of Critical Theory—radical feminism and lesbianism.

Occidental highlights the fact that its first alumnus to become a United States senator was Barack Obama. Indeed, the “Barack Walk” is now featured on the Occidental campus, including where he lived during his freshman year, where he made his first political speech, and where he played JV basketball. Obama transferred from Occidental College to Columbia University in 1981.

“The two years President Barack Obama spent at Oxy from 1979 to 1981 played a major role in determining his future,” the college website declares. Eric Newhall, a professor of English and comparative literary studies, is described as a regular at the lunchtime pick-up basketball games played by students and faculty. “I think Occidental’s greatest contribution to American politics lies in persuading Barack Obama that his future did not lie in basketball,” Newhall says.

While his basketball skills have clearly deteriorated over the years, Obama’s ability to fundamentally transform the United States shows no signs of slowing down.

“Sometimes where you start out is more important than where you end up,” the Occidental website says about Obama. In his case, both are equally important. The damage is not yet done.

Interestingly, the presumptive Republican nominee for president, Donald J. Trump, has indicated no problem with the “progressive” course America is on. “Donald Trump said I could use any bathroom I wanted in the Trump Tower,” declared Caitlyn/Bruce Jenner at the Time 100 Gala in New York City. “So of course I veered right in there—took care of myself.” Jenner was being honored as one of 2016’s most influential people.

In a demonstration of New York values, Trump was in attendance with wife Melania.