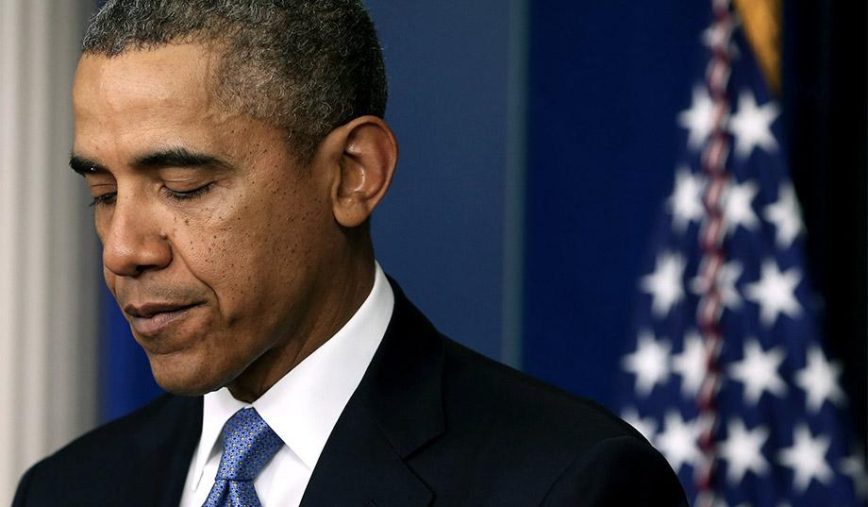 When asked by the hosts if he could list any accomplishments by President Obama over the last seven years, Aronoff said that “as far as what [Obama has] done that’s improved either the economy or healthcare, or the situation around the world, it’s really hard to come up with one.” Aronoff noted that the press are regularly complicit in peddling the Obama administration narrative.

Obama routinely receives praise from the press regarding his flawed Iran Deal. “The thing that most people don’t even realize about that is there is no Iran deal,” said Aronoff. That’s because, Aronoff says, “There was nothing ever signed.”

“And that’s why they go on with doing all these things that most people think, ‘well, isn’t that a violation of the agreement or of the UN Resolutions that are sort of involved in that?’” he continued.  “And, in fact, there is no agreement.”

So while Iran pursues nuclear weapons under a mantle of international legitimacy, Obama receives praise for a job well done. “And there’s no question that so many in the media give him credit for this great accomplishment,” said Aronoff, continuing, “and that’s going to be the way most of the liberal historians are going to mark it, that he was able to make this great deal when no one else could.”

Another signature Obama accomplishment is Obamacare, which was supposed to increase health care access and quality of care. Instead, it has increased part-time employment and led to much higher deductibles and skyrocketing premiums, Aronoff argues. “Obamacare, does that ring a bell with anybody?” asked Aronoff. “I mean that has forced so many employment decisions, depending on the size of the company, and you need to keep your part-time people under 30 hours so you don’t have to cover their health insurance.”

He described the Obamacare law has having “unintended” and “catastrophic” consequences.

President Obama prefers to cast his real-world accomplishments in negatives, to show that he forestalled a worse future. However, as Aronoff noted in his article, “Saying that things could have been worse without Obama’s policy interventions is an argument based on counterfactual reasoning, as if the President could somehow know the future that he avoided.” On Obamacare, the Iran Deal, and even the economy, President Obama’s alleged successes are really debacles.

One need only look to the state of the economy. While the press stresses that unemployment rates have fallen to only five percent, the labor participation rate reveals a darker picture. “But if you really look at the statistics and what’s gone on, and then they [the media] point to the fact that oh, we have a five percent unemployment rate,” said Aronoff. “That figure alone doesn’t tell you anything, really, because we have the lowest labor participation rate since the 1970s.”

You can listen to the complete interview here.