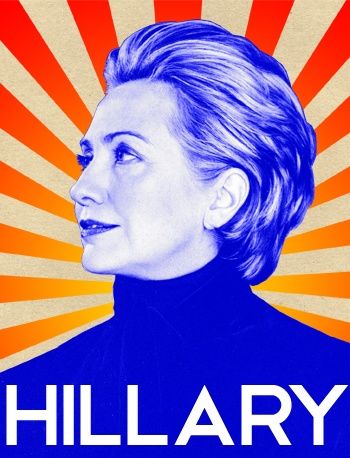 One of my brothers concluded, “Being in Washington as long as she has, Hillary Clinton has to have learned something. Therefore, she is probably the most qualified to be president.” From his low-info voter perspective, his assumption sounds reasonable.

As the informed political activist that I am, I wanted to scream, “Are you nuts? Hillary is the Devil!” I was stunned that my brother whom I have been sending my articles for years would ever consider voting for Hillary. Has he not been reading his big brother’s articles? But, I digress.

Yes, Hillary has learned quite a lot during her years in Washington.

Hillary has learned how to deceive voters by publicly trashing banks while selling her influence to them; earning $21 million in two years for making twenty minute speeches. http://bit.ly/28MewK2

Folks, please bear with me while I explain to voters like my brother. Hillary was Secretary of State and could become president. Therefore, banks, corporations, foreign governments and businesses want to be on her good side. They want Hillary in their pocket. Paying her a bag of money would be illegal. So they paid her payola via speaker fees of $250,000 and higher for 20 minute speeches.

Hillary is well-schooled in DC insider corruption; becoming a multimillionaire while crushing little people along the way. Though she portrays herself as a champion of women, Hillary’s history confirms that she is the complete opposite.

Throughout their marriage, Bill Clinton has been unable to keep it in his pants. Women were coming out of the woodwork going public with affairs and sexual assault allegations against Bill. Hillary headed up the Bimbo Eruption Squad to destroy, intimidate and silence her husband’s lovers and victims. http://dailym.ai/1Id0N4j

As Secretary of State, Hillary hung our US Ambassador and his staff out to dry. With the anniversary of 9/11 approaching, our ambassador feared an Islamic terrorist attack on the US consulate in Benghazi Libya. He requested more security from Obama and Hillary. Ambassador Stevens’ request was denied. http://bit.ly/1pdcX4K

It was election time. Providing extra security would contradict Obama’s story-line that he ended terrorism. Ambassador Chris Stevens was killed in a well-planned terrorist attack on our consulate. Ambassador Stevens was tortured and his body was defiled and paraded through the streets. Before the terrorist killed Ambassador Stevens and his staff, we had assets in the area that wanted to intervene. They were told to stand down. http://bit.ly/28NkQzZ

Staffer Sean Smith was also killed in the Benghazi terrorist attack. Hillary is a sociopath. She looked Sean’s mom, Pat, in the eye and lied to her. She vowed to get back to Pat with more answers. Hillary also told Pat she would punish the SOB who made the anti-Muslim video that angered Muslims which caused the attack and death of her son. Hillary knew the attack had nothing to do with a video. Heartbroken, Pat Smith spoke publicly about Hillary, “She’s a proven liar.” http://bit.ly/28MHLqb

Hillary has learned how to put her political best interest above American lives. This was exposed in the best-selling book and accompanying movie, “13 Hours” which tells the horrific account of how Americans were left to die in Benghazi. http://bit.ly/28X6kDN

Hillary has learned how to deceive black voters; insultingly talking down to them by speaking with a black dialectic (“I don’t feel no ways tired”) http://bit.ly/1MXewEt and claiming to carry hot sauce in her purse. http://bit.ly/1MDRKBt Oh please!

As a black person, I have always found it repulsive the way Hillary and democrats consistently imply that blacks are mentally inferior. For example: In essence, Hillary and her fellow dems say it is too hard for simple-minded coloreds to acquire a photo ID. Thus, requiring a photo ID to vote is racist and disenfranchises blacks. This is absurd and extremely insulting. http://bit.ly/28YFPfP

Blacks have suffered greatly under Obama, epidemic unemployment and so on. http://bit.ly/1OpoIk9

Hillary has learned how to create a charity in which only 10% goes to the people she claims to champion. Her Clinton foundation enabled her to market her influence as Secretary of State and her future presidency to foreign governments and businesses; making her and Bill extremely rich. http://bit.ly/1TgD4Vz

Hillary has truly mastered the technique of portraying herself as a champion of various groups while stabbing them in the back. Hillary claims to champion homosexuals while accepting millions from countries that execute homosexuals and enslave women. http://bit.ly/1Uxl8qo

My low-info voter brother’s time is consumed coaching kids football and working a full time job. He gets his news from mainstream media. His only knowledge of Hillary’s email scandal is the media and Democrat operative’s spin that says evil Republicans are out to get her. My brother does not know that as Secretary of State Hillary broke extremely serious national security protocols, putting American lives at risk. http://bit.ly/1tb1Xfw Government employees with far lesser violations have been thrown into jail. Hillary has learned that being a Democrat in Washington permits her to arrogantly function outside the law without consequence.

In conclusion, my low-info voter brother is correct about Hillary learning a lot during her many years as a Washington DC insider. For that very reason, we must not allow this vile, master of corruption and sociopath liar anywhere near the people’s Oval House. http://bit.ly/28N17LH