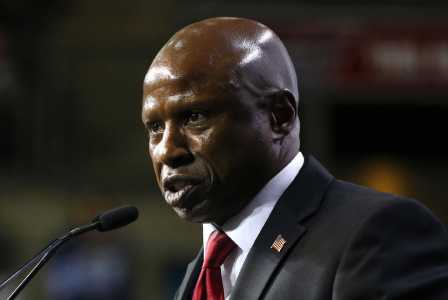 Someone passed on to me the latest video commentary by black conservative AlfonZo Rachel. http://bit.ly/28WbjVI Awesome! The brother boldly speaks the truth with humor, passion and intelligence. I first met Zo about 7 years ago.

His video caused me to reminisce about how we black conservatives have been out there on the front lines for many years; trying to wake up fellow blacks, encouraging them to liberate themselves from government and Democrat party slavery.

Some blacks are just plain stuck on stupid. Sorry folks, but that’s the truth. I have an idiot relative in mind. No matter what facts I show him about how blacks continue to suffer greatly due to Obama and democrat policies http://bit.ly/1OpoIk9, his reply is I should be ashamed of myself for not supporting our black president.

Liberal mainstream media have done an excellent job keeping black conservatives off American’s radar. Leftist’s greatest fear is for the masses to hear blacks expressing love for their country; saying they don’t hate or resent fellow Americans who are white; blacks who don’t believe they are owed anything and believe they can succeed without democrats lowering standards or government intervention.

When I toured on Tea Party Express, CNN was embedded, producing a documentary. They were with us for at least 35 tea party rallies. I spoke and opened each rally singing my “American Tea Party Anthem.” https://youtu.be/q1byTDgu7iA Also traveling with us were various black conservative speakers, politicians and authors. And yet, when CNN aired their documentary, not a single black participant was featured. CNN’s sin of omission contributed to my dad believing the left’s lie that the tea party movement is racist, a bunch of scary redneck white people.

Leftists claim to be advocates for blacks. Given the epidemic of black school dropouts, fatherless households, unemployment and crime plaguing urban blacks, one would assume Leftists would celebrate Herman Cain as a role model of what can be achieved via hard work and right choices. Instead, Leftists (liberal media, NAACP, Congressional Black Caucus and so-called civil rights advocates) despise Herman Cain. Cain contradicts Leftist’s story-line that America is racist and only voting for democrats and total dependency on government can save blacks.

For years, the only black conservatives I knew of and heard on national media were Walter Williams http://walterewilliams.com/, Dr Thomas Sowell http://www.tsowell.com/and Mychal Massie http://bit.ly/28X7sqx of Project 21. http://bit.ly/28VdSpV I first met Mychal about 6 years ago and was pretty starstruck. Today, Mychal is a dear conservative friend, still fighting the good fight.

There’s a new crop of black conservatives entering the political arena. It does my heart good hearing about young blacks who rejected drinking the Left’s America-sucks-and-you’re-entitled-to-other-peoples’-hard-earned-stuff Kool-Aid.

I am extremely excited to report that black conservative/Republican Darryl Glenn is running for the Colorado US Senate seat. Glenn, endorsed by Ted Cruz, plans to knock off Democrat incumbent Senator Michael Bennet. Anything you can do to assist this rock-solid conservative is greatly appreciated. http://eepurl.com/b7h3kv

Another powerful black conservative still out there fighting the good fight is Niger Innis. http://bit.ly/290yLTG Niger’s late dad was civil rights icon, Roy Innis. Unlike the despicable race profiteers of today, Mr Innis was a “for real” civil rights activist. I came across a debate on Youtube between Al Sharpton and Roy Innis on the Morton Downey Jr TV show. It got so heated that Mr Innis physically pushed Sharpton out of his chair. http://bit.ly/28WCptZ While I have never seen Niger get up into liberal’s grill, he is the Left’s worse nightmare; a black articulate upbeat advocate for conservatism; a politician, tea party activist and spokesperson.

I met sister Dr Alveda King years ago when we were panelist at a DC press conference. I was a bit starstruck meeting the niece of Dr Martin Luther King Jr. As a black conservative activist, Alveda’s calling and passion is centered around the issue of abortion. http://bit.ly/1R0emg4 Blacks are aborting themselves into extinction. http://bit.ly/1oGRjVA

Years ago at an event, a hostess approached me with a black conservative she wanted to introduce to me. He planned to run for congress. It was Col. Allen West. Wow, need I say more. http://www.allenbwest.com/

Black conservative powerhouse, Star Parker is a former welfare cheat. You can imagine how upsetting it is to liberal democrats to have lost her. http://bit.ly/296GlJZ Using her personal story, Star exposes how welfare dependency destroys black families. http://bit.ly/28X6zOJ

There are numerous other black conservatives out there that have been spreading the good news of conservatism for a long time; underfunded and underexposed due to liberal mainstream media bias.

It took years, but I finally led my black brother to the light of conservatism. He had dinner with a group of black buddies. After one guy had a few adult beverages, he verbally attacked my brother for his conservative political views. “You’re a white man! And I bet you’re even a Republican!” My brother took out his voter registration card, held it up for them to see and proudly proclaimed, “You’re right, I am a Republican.”

Folks, we black conservatives still have much work to do, breaking down old stereotypes and democrat/liberal media lies and deceptions.