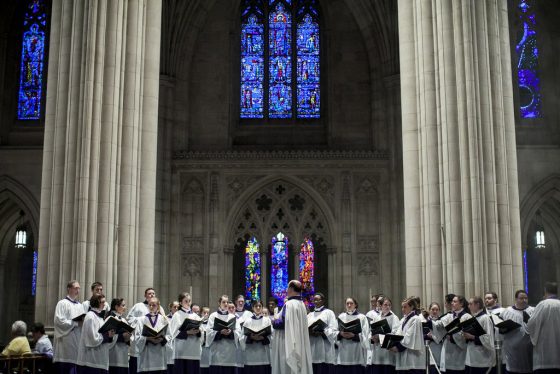 Much of my wife Mary and my time is spent traveling the country helping to elect conservatives to the House and Senate. I am chairman of the Conservative Campaign Committee.

On a rare stop back home in Florida, we decided to enjoy a day at our favorite New Smyrna Beach. After multiple stops for gas, banking and Walmart, we were finally on our way. It brought back fond childhood memories of hot summer family trips to the beach; mom, dad, fat Aunt Nee and five kids all crammed into a station-wagon with no air conditioning. The ritual included picking up Aunt Nee from her house and several stops for select foods to take with us. I remember the excitement I felt after all the stops and we were finally headed to Carr’s Beach; the only Maryland beach open to blacks.

Back to present day. Before we left home, Mary said, “Don’t forget a book to read.” Scanning our book shelves, Ann Coulter’s book published in 2006, “Godless” caught my eye.

In her book, Coulter said, “If a Martian landed in America and set out to determine the nation’s official state religion, he would have to conclude it is Liberalism, while Christianity and Judaism are prohibited by law.” Coulter said Liberalism is the state-sanctioned religion and is a godless one. Ten years later, Liberalism has become the state-mandated religion. Remarkably, practicing biblical Christianity has become illegal. http://bit.ly/1NPGbWI

Coulter says despite liberals claims of being non-religious, Liberalism has all the attributes of a religion. Coulter exposes the “Church of Liberalism” in which “its sacraments (abortion), its holy writ (Roe v. Wade)…its clergy (public school teachers), its churches (government schools, where prayer is prohibited but condoms are free)…its cosmology (in which mankind is an inconsequential accident).”

I would included the LGBT agenda as sacraments of the Church of Liberalism.

Seemingly over night in America, our freedom of speech, freedom of religion and parental rights have been taken away. Obama’s DOJ says it will prosecute anyone who speaks badly about Islam. http://bit.ly/1mxTG1G Christians are being persecuted and even jailed for not obeying sacraments of the Church of Liberalism. http://nws.mx/1EEMZmR Federal judges have decreed that parents are not allowed to opt out even their preschool children from LGBT indoctrination in school curriculum. http://bit.ly/1SEGJPi

Just like the Hitler Youth, the Obama Administration has indoctrinated students to become Church of Liberalism spies. Students are instructed to report family members who make racist and politically incorrect comments around the dinner table. http://bit.ly/1necFcz

My dad and Mary’s mom taught us that the democrats were for the little guy, the working man. Our parents are clueless regarding how far to the left their party has moved; becoming a godless cult – home of the Church of Liberalism.

The Church of Liberalism’s control of our government will dramatically increase if liberal zealot Hillary Clinton becomes president. Americans have been beaten down, forced to embrace the sacraments of this religious cult. A perfect example is ESPN awarding the Arthur Ashe Award to Bruce Jenner, a man in drag. http://bit.ly/1CJCZb0

C’mon folks, you can imagine what most of the men in that hall at the awards event were thinking. For the most part, pro sports is a celebration of maleness. And yet, those high testosterone pro-athletes knew they had better smile and applaud Bruce/Caitlyn Jenner or be forced into sensitivity training and risk losing their livelihood.

Think about the folks. Church of Liberalism zealots are free to outrageously blame Christians and law-abiding American gun owners for a massacre they had nothing to do with. We have suffered numerous incidents of Islamic terrorists attacks; killing Americans on US soil. And yet, our federal government threatens to jail anyone caught speaking badly about either of these two religions (Church of Liberalism and Islam).

Christians are being banned from many jobs and jailed for not submitting to sacraments of the Church of Liberalism. http://bit.ly/1K1LKi8

Folks, the America we knew is gone. Prayer, repentance and a regime change should be our first baby steps towards restoring our nation. This is one of the many reasons why my battle cry is, “Never Hillary!”