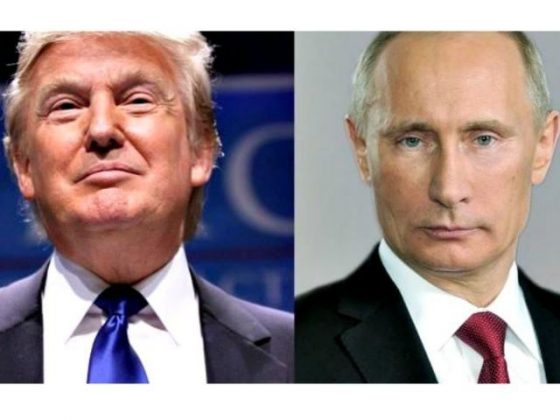 It is not unusual for a politician to change his mind, even on critical national security matters. Senator Ted Cruz (R-TX) essentially flip-flopped on the damage done by NSA defector Edward Snowden. He went from saying that Snowden may have violated the law to accusing the NSA defector of being an outright traitor. On Thursday night, while the media continue their preoccupation with style rather than substance, Republican presidential candidate Donald J. Trump will be watched closely to see whether he has learned anything about the aggressive intentions of Russian President Vladimir Putin.

Trump’s position on Russia has been so weak, from a national security perspective, that Hillary Clinton has accused him of being soft on Putin. “He praises dictators like Vladimir Putin,” Clinton said of Trump. “He says he has foreign policy experience because he ran the Miss Universe pageant in Russia.” The criticism of Trump has caused a number of GOP foreign policy experts to say they cannot support the New York businessman for president.

Trump has praised Putin, and vice-versa. What’s more, one of his top advisers on national security matters, retired Lt. Gen. Michael T. Flynn, the former director of the Defense Intelligence Agency (DIA), has been embarrassed by revelations that he went to Moscow to celebrate the 10th anniversary of Russian propaganda channel Russia Today (RT) and sat next to Putin at a gala dinner. Flynn was being considered as Trump’s vice-presidential nominee.

At the GOP convention, Flynn was caught off-guard during an interview when Michael Isikoff of Yahoo! News questioned him about the financing of the trip to Moscow. Flynn insisted that his speakers’ bureau paid for the trip. “Ask them. I was given an opportunity and I took it,” he said. Of course, even if there was a speakers’ bureau involved, the money came from Moscow, and most of it went to Flynn.

At the time, we called it “Moscow’s Five-Star Treatment of a Three-Star Army General.” We broke the story of Flynn flying to Moscow.

On the defensive, Flynn said, “I have no problems calling out Russia.” He is the author of the new book, The Field of Fight: How We Can Win the Global War Against Radical Islam and Its Allies.

But Flynn is known for advocating cooperation with Moscow in the Middle East, despite evidence that Moscow is using the refugee crisis as a weapon of war against the West.

Of course, as Flynn is quick to point out, Mrs. Clinton’s “experience” has been a disaster for the nation, as her “Russian “reset” paved the way for the Russian invasion of Ukraine and Russian military intervention in Syria.

But what will Trump do to counter the Russians in Europe and the Middle East?

The criticism of Trump’s soft position on Russia has been a sore point with many on the conservative side. It doesn’t appear that Trump understands Putin’s geo-political game plan on the world stage.

This is one reason that GOP 2012 presidential candidate Mitt Romney had denounced Trump.  “Trump says he admires Vladimir Putin, while he has called George W. Bush a liar. That is a twisted example of evil trumping good,” said Romney.

By contrast, Mike Pence, the Indiana governor and former member of Congress picked as Trump’s running mate, has had a more realistic view of Putin. At the Conservative Political Action Conference in 2015, he said that “A new Iron Curtain is descending down the spine of Europe as modern Russia seeks to redraw the map of Europe by force.” He added, “Putin’s Russia ignores talk of sanctions, claims land and supports rebels in Ukraine with impunity.”

Has Trump changed his position on Russia? There’s no evidence that he has done so.

Josh Rogin of The Washington Post noted that Trump’s people watered down a provision of the 2016 GOP platform calling for a tough response to Russian aggression. “The Trump campaign worked behind the scenes last week to make sure the new Republican platform won’t call for giving weapons to Ukraine to fight Russian and rebel forces, contradicting the view of almost all Republican foreign policy leaders in Washington,” he reported.

Rogin added that “Republican delegates at last week’s national security committee platform meeting in Cleveland were surprised when the Trump campaign orchestrated a set of events to make sure that the GOP would not pledge to give Ukraine the weapons it has been asking for from the United States.” He noted that Diana Denman, a platform committee member from Texas who was a Cruz supporter, proposed a platform amendment calling for “providing lethal defensive weapons” to the Ukrainian military. Trump’s people vetoed that, and put in the phrase “appropriate assistance.” That means that Trump would continue the Obama policy of failing to give Ukraine the weapons they need to defend their nation and turn back the Russian invasion.

Meanwhile, Senator Cruz has become a more realistic thinker about Russia, and has admittedly changed his position on the damage done by former NSA and CIA employee Edward Snowden, who is now living in Moscow. “If Mr. Snowden has violated the laws of this country, there are consequences to violating laws and that is something he has publicly stated he understands and I think the law needs to be enforced,” Cruz said in early 2013.

Later, however, Cruz said, “Today we know that Snowden violated federal law, that his actions materially aided terrorists and enemies of the United States, and that he subsequently fled to China and Russia. Under the Constitution, giving aid to our enemies is treason. By disclosing secret intelligence information to our enemies—helping terrorists evade our surveillance overseas—Snowden made it more likely that Americans will be killed. It is now clear that Snowden is a traitor, and he should be tried for treason.”

To his credit, Trump recognizes Snowden’s treason. “I think Snowden is a terrible threat, I think he’s a terrible traitor, and you know what we used to do in the good old days when we were a strong country—you know what we used to do to traitors, right?” Trump said on Fox News.  The implication was that Snowden should be executed. “This guy is really doing damage to this country, and he’s also making us look like dopes,” Trump said.

What Trump doesn’t talk about is the fact that Snowden’s sponsor and patron is Putin’s Russia, and that Snowden has facilitated the activities of the Islamic State targeting citizens in the West, including the United States.

At the GOP convention on Tuesday night, Donald Trump, Jr. said, “If Hillary Clinton is elected, she would be the first president who couldn’t pass a basic background check.”

But could his father pass a background check? That’s the question that will be on many minds when the Republican candidate accepts the nomination and outlines his vision for the Free World.

Whatever he says, doubts will still surround some of his top advisers, including Paul Manafort, a “fixer” with Russian connections.

Cliff Kincaid is the Director of the AIM Center for Investigative Journalism and can be contacted at [email protected]aim.org.View the complete archives from Cliff Kincaid.

One thought on “Trump’s Blind Spot on Russia”