The Democrats plan to exploit Donald Trump’s seeming admiration for Russian dictator Vladimir Putin and his lukewarm support for NATO as a stick to beat him with in the upcoming Presidential race. 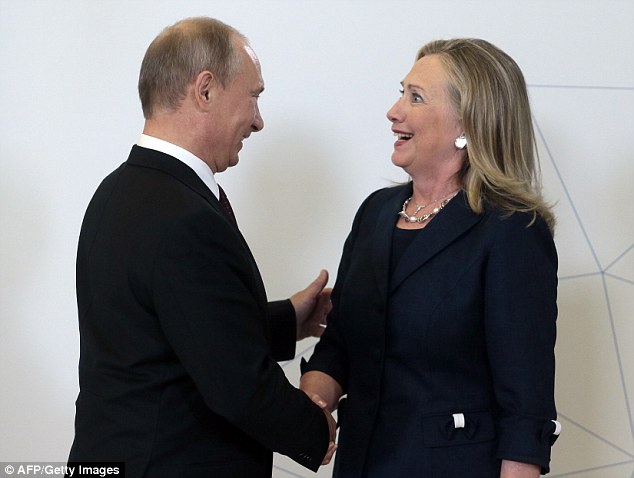 While largely ignored by most of Trump’s base, their candidate’s perceived naivete regarding Putin and his entourage of pro-Russian acolytes (Paul Manafort, Michael Flynn and Carter Page), is set to become a major campaign liability. Incredibly, Hillary Clinton, as far left as Bernie Sanders, if truth be told, plans to run to the right of Trump on foreign policy. Trump and the Republican Party will be backed into a pro-Putin corner that will be very difficult to break out of. Talk about irony.

Clark said in a statement for VoteVets, a Democratic/leftist veterans’ group:

“Here’s what Putin probably wants longer term: the break-up of NATO, the pullback of the EU, takeover of Ukraine, dominance over Georgia, re-establishment of Russian control over Eastern Europe and greater Russian influence worldwide,”

“And what does Trump suggest for his foreign policy? Conditional support for NATO, pulling America back behind walls, withdrawing forward-deployed deterrent forces, abandoning allies and encouraging the proliferation of nuclear weapons,” … “Is there any doubt that Putin might really like us to elect Donald Trump?”

California Rep. Adam Schiff, the top Democrat on the House Permanent Select Committee on Intelligence, made it clear on Monday that WikiLeaks‘ recent dump of Democratic Party emails was no accident:

“Given Donald Trump’s well-known admiration for Putin and his belittling of NATO, the Russians have both the means and the motive to engage in a hack of the DNC and the dump of its emails prior to the Democratic convention…”

This site has been warning for months that Donald Trump’s softness on Russia and unsupportive statements on NATO would become a campaign issue. How did it come to this…a Republican nominee is being attacked by socialist Democrats over his softness towards a neo-Stalinist dictator?

To have any chance of victory in November, Donald Trump needs to fire all his pro-Russia advisers and start treating both Hillary Clinton and Vladimir Putin as the existential threats to America that they undoubtedly are.

Thanks to the Washington Examiner.

One thought on “Warning to Donald Trump: Get real on Russian threat, or lose to Hillary”