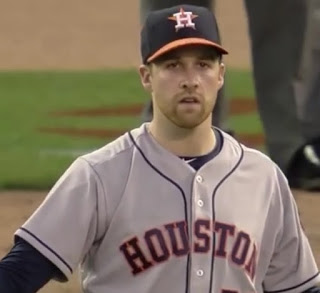 Last night during the Astros’ game with the Minnesota Twins center fielder, Carlos Gomez, didn’t get the job done.  Perhaps that’s an understatement as he let a ball get by him and turned a single into an RBI two base error and permitted the batter to reach third.

Bad as that was, Gomez managed to follow that botched play with yet another screw up as he lost track of a fly ball that should have been caught; but instead landed several feet away.  Remember the man on third, the one who should have been at first except for a two base error, that man scored and the batter ended up with a ‘gimme’ triple since the ball was ‘lost in the lights’.

I won’t print what the pitcher, Collin McHugh said, use your imagination; but it was captured on film for all who can read lips.  Let’s just say it follows the thought pattern of, “You have got to be kidding!”, only with a more common street verbiage and tone.

I mention this as a lead in for what’s going on in our country.  ‘We The People’ are standing on the mound as the ball(s) get dropped  over and over.

We have an individual running for President of the United States of America who has managed to avoid being charged and prosecuted for crimes which would have the average individual before a firing squad, the gallows or serving life in prison without chance of parole. 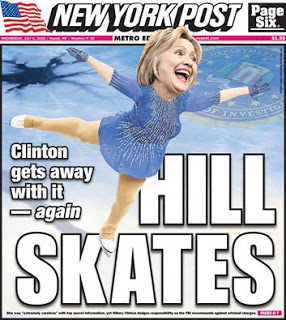 The FBI made their case against Hillary Clinton only to back off at the last moment and have FBI DirectorJames Comey tell ‘We The People’ that the charges shouldn’t be filed because they couldn’t prove intent.

Did I hear, “You have got to be kidding me”, or was it the cruder version as stated by the Astros’ pitcher in last night’s game?

It should be noted, none of the felonies which Hillary violated in regard to lost email or improper us of email required ‘intent’; simply that the crime occurred, either by willful intent or neglect did not matter.

We could say the FBI and Justice Department lost it in the lights, much as Gomez let the ball avoid his glove.

‘We The People’ are standing on the mound, figuratively speaking, watching this unfold before our eyes.   I can assure you my exclamation matched up with the Astros’ pitcher… and those who can read lips know what I said.