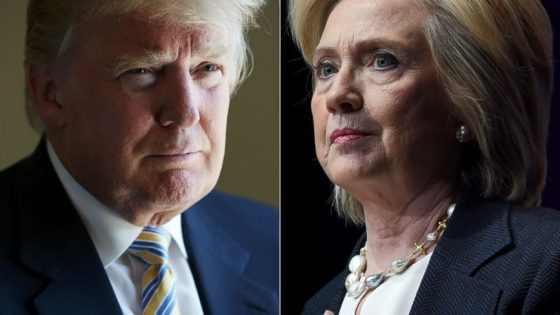 New revelations regarding Hillary Clinton’s conflicts of interest just keep on coming, regardless of the Democratic candidate’s attempt to stem the flow. Yet Mrs. Clinton lied to Fox News’ Chris Wallace in a recent interview, saying that “there is absolutely no connection between anything that I did as secretary of state and the Clinton Foundation.”

The response from the Clinton campaign is that these emails don’t “involve the Secretary or relate to the Foundation’s work. They are communications between her aides and the President’s [Bill Clinton] personal aide…” This is typical obfuscation by the Clintons, not supported by the facts.

Chagoury, according to Judicial Watch, has pledged $1 billion to the Clinton Global Initiative, and donated between $1 million and $5 million to the Clinton Foundation. He was found guilty in Switzerland of money laundering, and placed on the federal terrorist no-fly list. One wonders about the magnitude of State Department favors that Chagoury was receiving in exchange for his sizeable donations.

It’s clear that a favor for Clinton Foundation donors was an investment in a future Clinton presidency. As Noah Rothman, writing for Commentary put it, “The implication in these email communications is that those with close connections to the Clinton Foundation had easy access to the Secretary of State’s office, and received quick and unusual assistance in their queries—some of which appear to be employment-related. If proven, that would be a clear violation of an ethics agreement signed by Clinton Foundation chairman (then CEO) Bruce Lindsey and senior advisor to President Barack Obama, Valerie Jarrett, in 2009 as a precondition for Clinton’s appointment to serve as Secretary of State.”

The conflicts of interest get bigger, much bigger. Hillary’s State Department chief of staff Cheryl Mills discussed with IT professional Bryan Pagliano the danger of Guccifer’s hack of Sidney Blumenthal’s email account, and whether this would extend to Mrs. Clinton. Such a cyber breach could be used to blackmail the secretary of state, given that she claims her deleted emails discuss only personal items such as yoga. Pagliano, who set up Mrs. Clinton’s controversial private email server, agreed to an immunity deal with the FBI. But when he was deposed by Judicial Watch, he pleaded the Fifth Amendment approximately 125 times.

In the Skolkovo debacle, 17 of the 28 participating companies from around the globe had either donated to the Clinton Foundation or sponsored Bill Clinton’s speeches. Skolkovo is a Russian foundation and technology park, intended to be a Russian version of Silicon Valley. While Mrs. Clinton’s State Department pushed for the Skolkovo initiative, her own foundation was being funded by both the Russians and Americans tied to the project. The report estimates that the foundation gained between $6.5 million and $23.5 million, because the Clinton Foundation only reports donations in ranges.

The ties between Mrs. Clinton, her associates, and the Russians are blatant, but the mainstream media are more content to report on Donald Trump’s Russian contacts than those of the Clintons.

“So, yes, it’s true that Trump has failed to land a business venture inside Russia,” writes Jeff Nesbit for Time. “But the real truth is that…the Trump organization was forced to seek financing from non-traditional institutions. Several had direct ties to Russian financial interests in ways that have raised eyebrows. What’s more, several of Trump’s senior advisors have business ties to Russia or its satellite politicians” (emphasis in original).

Accuracy in Media has reported on Trump’s troubling ties to Russia. But what about Hillary Clinton’s many ties to that country as the visible proponent of the Russian reset? The mainstream media don’t appear to have much interest in those connections.

“The truth is that Russia surged in global influence from the day Barack Obama assumed the presidency and appointed Hillary Clinton as secretary of State,” writes former chairman of the House Intelligence Committee Pete Hoekstra for USA Today. “Their strategy of ‘leading from behind’ enabled the Russian bear to forcefully assert itself in the Middle East and Eastern Europe.”

“Putin most certainly would hope for a Clinton presidency and the extension of Obama’s policies, giving him another four years of nearly unrestrained aggression,” adds Hoekstra, an advisory member of the Citizens’ Commission on Benghazi.

Meanwhile, the press continues to overlook the fact that former Secretary of State Clinton’s actions while in office endangered national security. Reports on Skolkovo have largely been limited to the conservative media and Peter Schweizer, the author ofClinton Cash, who is also the president of GAI.

According to the GAI report, in 2011 Secretary Clinton praised Skolkovo, saying it “will act as another bridge connecting American and Russian high tech companies, investors, and scientific research institutions.”

“The State Department played an active role early on by setting up meetings for Russian officials with U.S. technology companies,” states the GAI report.

Yet by 2014 the FBI had issued “an extraordinary warning,” according to the report, that Russian members of Skolkovo were seeking to “gain access to classified, sensitive, and emerging technology from the companies.” These dual-use technologies could, and have, been used to bolster the capabilities of the Russian military. In other words, Hillary Clinton’s Russian reset helped to further strengthen our adversary abroad.

There’s more. Former Obama advisor John Podesta, who currently serves as Hillary Clinton’s campaign chairman, failed to inform the Obama administration that he sat on the board of a small energy company called Joule Unlimited. “Two months after Podesta joined the board, Vladimir Putin’s Rusnano announced that it would invest up to one billion rubles into Joule Unlimited, which amounts to $35 million,” states the report.

“Among the New York Times, CNN, NBC, CBS, Washington Post, LA Times, POLITICO—not a single one has covered the bombshell revelation or reported asking Podesta for a comment on his involvement in Joule Unlimited,” reports Breitbart. (Breitbart’s Stephen K. Bannon is the Executive Chairman of both Breitbart and GAI.) “It’s obvious that these mainstream media firms—namely, CNN, NYT, and POLITICO—have no problem covering Trump-Putin stories. They’ve done so, repeatedly, over several news cycles.”

In the article “Russia Continues to Shadow Trump,” CNN’s Nicole Gaouette cites Trump’s “sympathy for Putin,” and says his attitudes toward Russia are a problem for him in this election. When will the media decry Hillary Clinton’s Russian ties?

The mainstream press has sought to marginalize voices such as Schweizer’s in preparation for a Hillary presidency. However, as he notes in his Clinton Cashdocumentary, Salida Capital, a subsidiary of the Russian Rosatom, funneled cash to the Clinton Foundation in 2010 prior to the Uranium One deal. “A major listed beneficiary of [Skolkovo’s nuclear] research is Rosatom, the Russian State Nuclear Agency, which manages the country’s nuclear arsenal,” states the GAI report.

“Rosatom, through its subsidiary ARMZ, purchased a Canadian uranium company called Uranium One in 2010 which held assets in the United States and therefore required State Department approval,” the report continues. “Nine Uranium One shareholders donated more than $145 million to the Clinton Foundation.”

No matter where you look there is evidence of pay-for-play in Clinton circles. The news media’s double standard prevents them from taking an equal and fair look at the two candidates’ Russian ties. We know the media have chosen sides in this election, but they still have an obligation to report on such blatant conflicts of interest, even when they involve Hillary Clinton.