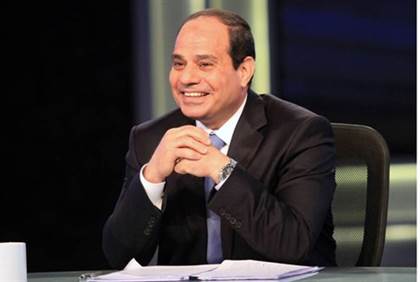 For the first time since your installation as president, Copts in the United States protested the persecution of Copts in Egypt. The protest in Washington, DC on August 2 against your regime was symbolic; no one really expects a response from the Obama administration. If the past is an indication, the American president is deaf to the cries of suffering Christians.

After Egypt’s 2013 mass uprising where more than 30 million men and women fighting for freedom stood up against the fascist regime of the Muslim Brotherhood and Mohammad Morsi, you appeared as a “savior” — promising democracy, freedom of religion and law and order.

Egyptians trusted you and your words, not the least so, because of the military uniform you were wearing. In spite of Egypt’s adverse experience with past military rulers, you were seen as a hope not only for Copts but for a new Egypt!

Now, after two years in office, the actions of your government are the same as past regimes; we see rampant attacks on Copts, journalists silenced, “aurora” police visits for speaking out, increased poverty, and the Al-Noor Salafi religious political party intact (operating illegally) influencing policy. Your government abhors law and order; citizens cry out for justice. You have not taken any action to clean either the corrupted courts or the schools.

The homeless victims speaking to you from the video linked here never received a response from authorities, “https://www.youtube.com/watch?v=j4joe-SQdyE”, and going to the gates of your palace seeking justice has brought them no satisfaction. Promises made to them by your office have not been fulfilled, and this Christian family continues to live in fear. Jihadists firebombed their home and 25 family members were displaced, forced to find shelter in a barn stall. They escaped without belongings or food.

One year ago you stood inside Al Azhar Institute facing its leaders; with courage you asked for a renewal of Islamic discourse. However, we only see evidence of the opposite as scholars are arrested for adhering to the precepts of your lofty speech. In fact, we see change for the worse.

What follows is a list of violent crimes against Coptic Christians – a few chosen from a much longer list of occurrences – which were reported for last month alone in just three regions. Print media, blogs, word-of-mouth and YouTube videos are their sources which also blame mosque-instigated hate circulating throughout the country.

– July 17, 2016: Islamic attack against two Coptic priests in Al Minya County resulted in the murder of a priest’s brother and serious injury to three others.

– July 14, 2016: A gang of three hundred men attacked Copts’ homes in the town of Abu Yacub (Al Minya) due to false rumors of converting home to a church resulting in the destruction of five houses leaving five families homeless.

– July 11, 2016: Egyptian police arbitrarily closed down the building of the “Andalus Center for Religious Tolerance” alleged to have published false information concerning discrimination against Copts in Egypt.

– July 7, 2016: A Kindergarten building in Samalut was set on fire due to false rumors that Copts are planning to convert it into a church.

– July 5, 2016: The murder of a nun and injury of two others when open gunfire targeted their car in Cairo.

– July 2, 2016: A 15 year old daughter of a Coptic priest in Suhag was assaulted by a knife attacker who was scared off by witnesses.

There remains a sense now that you are not in control of the country, and many are disillusioned enough to believe you never were. Whichever is true, the same dismal conditions remain for the country. Service to the deep state due to your ineptitude or worse yet, your intentions, denounces the people’s call to freedom on which you rose to power.

If you can’t fulfil your promises to the people please step down.

Dr. Ashraf Ramelah
Founder and President
Voice of the Copts

One thought on “Open letter to the Egyptian president: If you can’t fulfill your promises step down!”