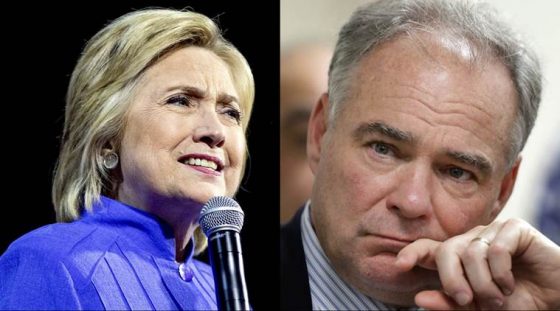 The Benghazi scandal should be a significant campaign issue in this year’s presidential race. It goes to the heart of the many questions about Hillary Clinton’s integrity, judgment and values, as it does also for President Barack Obama’s. Together they sit at the center of this grand fiasco of botched decision-making, the refusal to provide adequate security in Libya, and the cover-up blaming the video in the aftermath. Questions still remain, such as how much of this was ideological, as opposed to just bad judgment. Why was the decision made to not send available air power into Benghazi while there was still time to save at least two of the four lives?

As we have reported, the Obama administration and Secretary of State Clinton not onlyswitched sides in the war on terror by pushing for the overthrow of Libyan leader Muammar Qaddafi and aiding al-Qaeda-linked rebels, but they also betrayed those Americans in Benghazi by leaving them on the ground to fend for themselves while under attack. This was unquestionably a dereliction of duty. Our Citizens’ Commission on Benghazi dealt with all aspects of this scandal at a press conference we held back in June at the National Press Club.

Yet in an effort to undermine the impact of the Benghazi scandal on her campaign, Clinton’s running mate Virginia Senator Tim Kaine (D) has started stumping on the false claim that she has treated the relatives of the Benghazi victims with compassion. Is this really an issue they want to run on?

“Did you see Hillary interrupt her campaign and start to go after grieving parents who had lost somebody on an attack on one of our embassies?” he asked, referring to Trump’s treatment of the Khan family. “No, because she has the heart of sympathy for people who’ve lost—she’s not going to go after them. She feels for them. I’ve talked to her about it.” But those relatives tell quite a different story.

There is a reason why the public feels that Mrs. Clinton is fundamentally dishonest. Contrary to Sen. Kaine’s assertions, Hillary has claimed that the relatives of the Benghazi victims are lying about what she told them in the aftermath of the terror attacks. Several members of the families of the deceased claim that Hillary said she would go get the filmmaker and bring him to justice, thereby blaming the video for the attacks. She denies that this happened.

“Somebody is lying,” said the Conway (New Hampshire) Daily Sun columnist Tom McLaughlin. “Who is it?”

“Not me, that’s all I can tell you,” Mrs. Clinton replied.

So who is lying, really?

Mrs. Clinton has been caught in a number of lies, including her false claim that FBI “Director Comey said my answers were truthful.” Among the lies that Comey refuted were her claims that she didn’t send or receive classified information on her homebrew server, and that she had turned over all of her work-related emails. She also has lied about what she said shortly after the Benghazi attacks. As we have reported, Charles Woods, the father of Tyrone Woods, wrote in his planner contemporaneously that Mrs. Clinton blamed the filmmaker. Yet Mrs. Clinton continues to argue that the families are merely distraught and making mistakes.

Mrs. Clinton also claimed during the Democratic debates that Pat Smith, mother of Sean Smith, was “absolutely wrong” in saying that she had blamed the video. Smith feels she has been mistreated for speaking up.

“Townhall cites not two, but four, family members claiming that Mrs. Clinton is an outright liar,” we reported.

Hillary’s statements have created animosity between her and the families of the victims, contrary to Kaine’s claims. Charles Woods and Pat Smith are suing Hillary Clinton for defamation for publicly calling them liars, as well as jeopardizing the security of those in Benghazi through her use of a private email server. The lawsuit states that “During her campaign for President, Defendant Clinton has negligently, recklessly, and/or maliciously defamed Plaintiffs by either directly calling them liars, or by strongly implying that they are liars, in order to protect and enhance her public image and intimidate and emotionally harm and silence them to not speak up about the Benghazi attack on at least four separate occasions.” These include appearances with George Stephanopoulos of ABC News, the Conway Daily Sun, a Democratic presidential debate, and an interview with Fox News’ Chris Wallace.

Making Benghazi a campaign issue might be the Clinton campaign’s biggest blunder yet. But don’t look to the mainstream media to make them pay a price for it. 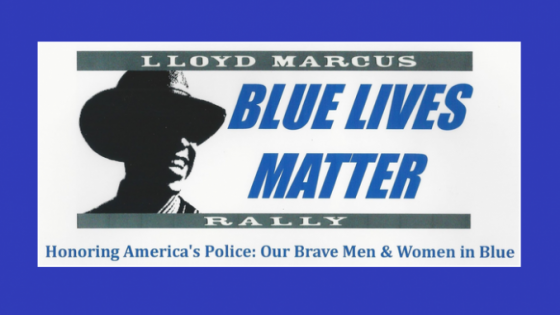 Headline: Riots in Milwaukee. “They’re beating every white person!” “Black power!” These extremely disturbing comments are from the audio of the riots aired nationwide. http://bit.ly/2b7uCMA I thought, “Well, Obama, Democrats and mainstream media, are you happy now?

Their relentless spreading and nurturing of the bogus narrative that America is racist and cops routinely murder blacks is responsible for unprecedented assassinations of police, chaos and violence in our streets. For decades democrats have controlled major cities, enslaving blacks on inner city plantations. Democrat overlords filled their black slave’s heads with victim-hood-ism and hatred for whites and America. This is the cause of blacks launching a race war on white America and police. The Democrats’ chickens have come home to roost.

It is truly unfortunate that democrats filling blacks with such negativity has cost them so much, robbing far too many of them of pursuing their full potential. Many moons ago I was a young black man in my mid twenties. I became a born-again Christian and wanted to save the world. I visited youth detention centers and jails to tell them about Jesus. I was struck that so many of those incarcerated were black. I also could not help noticing that many were handsome, bright and even gifted. Their biggest problem holding them back was their negative attitudes. Why try? The white man will stop you and so on. I was politically clueless back then and never tied their hopelessness to democrat/liberal brainwashing.

Two cops shot in the head while eating lunch in their patrol car http://nydn.us/1HgOCm5, another ambushed from behind, killed while pumping gas in his patrol car is extremely disturbing. http://cnn.it/1TOh1Jc These men were husbands and fathers. As Americans, we must come together and counter the Left painting targets on the backs of our nation’s brave men and women in blue.

Saturday, September 10th, I am hosting a Blue Lives Matter Celebration event. National response has been wonderful. Candidly, I had to let it go that some politicians and local law enforcement have backed away; not wanting anything to do with such an event.

Think about that folks. Some Americans are so intimidated, bullied and controlled by evil people that a family event featuring comics, dancers, speakers and singers coming together to celebrate, thank and encourage America’s police is too scary to be a part of. Lord help us. Every-time we shy away from doing the right thing for fear of angering bad people, we embolden them.

I have reached out to several national celebrities to participate. I will announce them as they confirm. Tea Party Express has signed on to help.

This quote by Edmund Burke is probably overused, but so appropriate. “The only thing necessary for the triumph of evil is for good men to do nothing.” Folks, the Left’s slander of our nation’s police is pure evil from the pit of hell.

Please, please help to pull-off this extremely important event. I prayerfully hope it will spark many more nationwide. At minimum, I need about $10,000. The Ocean Convention Center costs $2000. The production company providing lighting, video, camera with tech, two huge video projection screens and sound system costs $6000. We have to provide light-fare food for the cast and crew. There are other miscellaneous expenses. I am seeking volunteers, but I must provide transportation getting guests to and from the airport. Thus, I need around ten grand to make this event happen.

By the way, Black Lives Matter, the evil hate group that declared it “open season” on killing whites and cops http://bit.ly/2aVVbpN received over $30 million from George Soros. http://bit.ly/29Ob3I6

The Ford Foundation and other liberal groups are raising $100 million for Black Lives Matter. http://bit.ly/2aYw0Ol Meanwhile, I am struggling to raise $10,000 for an event supportive of our nation’s police. What has gone so terribly wrong with our country folks?

Please go to http://www.lloydmarcus.com/ and give using the crowd funding link. You can also give at: http://bit.ly/29MSqHg

Let’s come together on this and send a huge love letter to our brave men and women in blue. I realize that sounds a bit corny and touchy-feely. And yet, that is the tone that I believe in my spirit that the rally should embrace. My Blue Lives Matter Celebration will be a fun, uplifting and inspiring event for the entire family.

Please go to http://www.lloydmarcus.com/ or to the crowd funding site. http://bit.ly/29MSqHg

Thank you and God bless, Lloyd