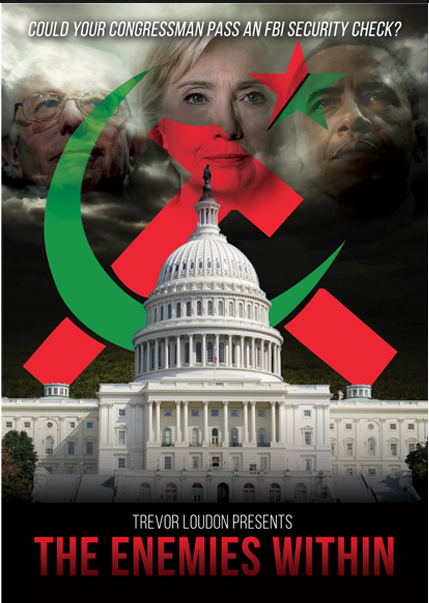 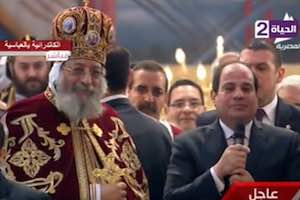 With a new report from the British Parliament condemning their own country’s decision to help intervene in Libya, the mainstream media have started to rewrite history. The media’s revisionism seeks to repair the damaged foreign policy legacy of President Obama by making the decision to intervene in Libya the fault of foreign countries, particularly France and England.

A CNN article written with this purpose in mind bears the headline, “Britain’s Libya intervention led to growth of ISIS, inquiry finds.” Angela Dewan writes, “Britain’s military intervention in Libya was based on ‘inaccurate intelligence’ and ‘erroneous assumptions,’ a report released Wednesday found, pointing the finger at former Prime Minister David Cameron for failing to develop a sound Libya strategy.” Yet, she adds, “the United States became involved and played a key role.”

The role of America in this debacle is not just an addendum to the interference by Britain and France. As The New York Times reported back in February, Hillary Clinton’s “conviction would be critical in persuading Mr. Obama to join allies in bombing Colonel [Muammar] Qaddafi’s forces.” The Times article cites former Defense Secretary Robert Gates as crediting Mrs. Clinton’s influence in tipping the scales for Obama to favor intervening there.

Despite the presence of other nations in the coalition, Mrs. Clinton took credit for the early developments in Libya. She announced on television, “We came, we saw, he died.” Her aide, Jake Sullivan, wrote in a State Department email that Mrs. Clinton had “leadership/ownership/stewardship of this country’s [L]ibya policy from start to finish.”

One of the decisions that Sullivan notes Mrs. Clinton made was to ensure that the Russians abstain, and other countries support, UN Resolution 1973—the resolution that authorized a no-fly zone over Libya.

But the media are working to ensure that the Libya debacle doesn’t affect Mrs. Clinton’s presidential campaign. Articles on the British parliament’s report by Bloomberg, The Wall Street Journal, and Newsweek fail to even mention Obama or Clinton.

“The Foreign Affairs Committee concludes that the British government ‘failed to identify that the threat to civilians was overstated and that the rebels included a significant Islamist element,’” writes Ben Norton for the liberal website Salon. “The summary of the report also notes that the war ‘was not informed by accurate intelligence,’” continues Norton. Ironically, it is Salon which, at least in part, outlines Obama’s and Clinton’s role in creating the chaos that envelops Libya today.

“Saif Qaddafi quietly opened up communications with the Joint Chiefs of Staff, but then-Secretary of State Hillary Clinton intervened and asked the Pentagon to stop talking to the Libyan government,” writes Norton. “‘Secretary Clinton does not want to negotiate at all,’ a U.S. intelligence official told Saif,” he continues.

It is now clear—and should have been clear at the time—that Qaddafi had no intention of massacring civilians in Benghazi. As we have pointed out in our 2014 and 2016 Citizens’ Commission on Benghazi (CCB) reports, Rear Admiral Chuck Kubic (Ret.) was working with Qaddafi’s military to broker a truce. Qaddafi had, Kubic notes, already begun pulling his troops back from Benghazi and Misrata. The United States decided not to pursue the truce talks. The Pentagon has since confirmed (see the top of page 680) that the bid for a truce took place.

President Obama told Fox News that his “worst mistake” was “Probably failing to plan for the day after” Qaddafi was toppled in Libya. “What went wrong?” According to this article in The Atlantic, “Obama has placed the responsibility on the entrenched tribalism of Libyan society, as well as the failure of America’s NATO allies to step up to the plate.”

But it was not necessary to get involved in Libya in the first place, given that Qaddafi had become an ally in the War on Terror and had given up his weapons of mass destruction. The intervention demonstrates how the Obama administration switched sides in the war on terror.

Yet the mainstream media seek to exonerate President Obama for his actions in Libya. By reporting on the details of a foreign report describing the mistakes made by the British government leadership, the media can conveniently make the story about British ineptitude.

But what about our own government’s mistakes?

Hillary Clinton and Barack Obama cannot escape their part in this debacle, and bear a significant part of the blame for the failed intervention into Libya, even if the media refuse to apportion blame where it truly lies. As former Defense Secretary Leon Panetta wrote in his book, Worthy Fights, “In Afghanistan I misstated our position on how fast we’d be bringing troops home, and I said what everyone in Washington knew but we couldn’t officially acknowledge: that our goal in Libya was regime change.”

Clearly, regime change was the goal of the United States government from very early on. And this debacle has led to the growth of ISIS. As we point out in our 2016 CCB report, the Obama administration facilitated the provision of arms to the al-Qaeda-linked rebels. Obama also authorized covert support to the Syrian rebels. “The Syrian Support Group, with Obama/Chicago connections, became the U.S. conduit for aid to various Syrian rebel militias. Turkey became the distribution hub,” states the CCB report. “…it now appears that at least some of the recipients instead were jihadist units that would eventually coalesce into the Islamic State in Iraq and al-Sham (ISIS–later, simply Islamic State or IS).”

In other words, President Obama’s decision to switch sides in the war on terror has directly led to the arming of Islamic radicals in Libya and Syria. This is far from a mistake in failing to plan for the day after—it is a series of mistakes by an administration, and president, willfully ignoring the jihadist sympathies of those the government is arming.

The 2012 Benghazi terror attacks started with the misbegotten adventure by the Obama administration and its NATO allies, who were bent on regime change in Libya. Then came the failure to secure our Special Mission Compound and CIA Annex in Benghazi, the dereliction of duty by failing to come to the aid of our personnel when they were under terrorist attack on September 11 and 12, 2012, and the ensuing cover-up. Despite the media’s attempts to shield President Obama from the blame, he and his former Secretary of State Hillary Clinton had much to do with the recent and current chaos in Libya.