Roger Kim is a Senior Strategy and Planning Officer on Climate, for the Democracy Alliance, through which mega donors fund many far left causes. He lives in the Bay Area and is an alumni of UCLA.

Roger Kim is a former Senior Adviser to the Mayor of San Francisco and a former Executive Director for the Freedom Road Socialist Organization front Asian Pacific Environmental Network.

In 2003, Roger Kim was leader of the campaign to oppose California’s Proposition 54, which would have prohibited classification of any individual by race, ethnicity, color or national origin.

Around the same time Roger Kim was a leader of the Korea Solidarity Committee, a support group for the world’s most repressive communist regime, the People’s Democratic Republic of Korea (North Korea). 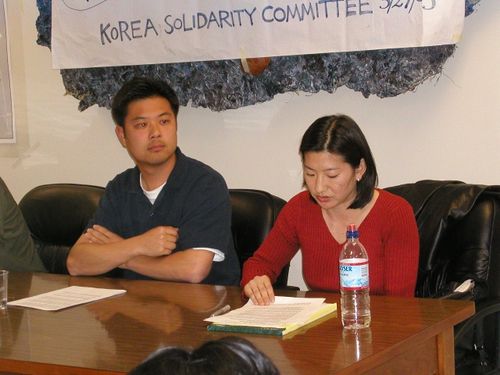 In recent times, Kim has been active in a the far left Bay Area New Priorities Campaignand the Chinese Progressive Association (San Francisco), which is very supportive of the People’s Republic of China. 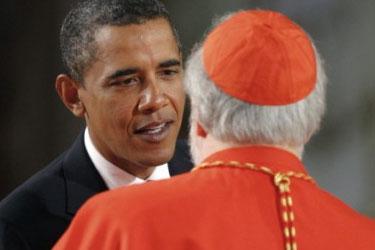 Of all the groups that Barack Obama bamboozled in 2008 and 2012, Catholics were the biggest suckers. They voted for Obama and now, according to the polls, they are backing Hillary. But evidence suggests that some people in the Catholic media are waking up. They are promising not to get fooled again. They could influence millions of Catholics to abandon the Democratic Party in this critical election year.

The Catholic Standard editorial, “The Fruits of Silence,” by Cardinal Donald Wuerl, the Archbishop of Washington, may be a signal of what’s to come. It is a strong indictment of the liberal intelligentsia and their “politically correct” mindset. Wuerl communicates a sophisticated awareness of how the far-left uses misleading talk about solving the problem of “discrimination” against various groups, in order to force their radical views on society at large. He writes, “Here is how it works. A legislative body passes a law that says it is illegal to discriminate against a specific group of people and their behavior. This classification of ‘discrimination’ includes Catholic teaching or any requirement concerning behaviors in our Catholic schools. In other words, such laws would find that a Catholic school discriminates when it teaches that taking the life of an unborn child is wrong or that sexual activity outside of marriage is immoral. The charge of discrimination is also directed at Catholic schools when they expect their teachers to support the teaching in words and deeds.”

Without saying so explicitly, Wuerl is describing how the liberals and leftists working through the Democratic Party are not only censoring the views of people who believe in traditional values, but are also destroying institutions that convey these values to young people.

“During all of this drama, an equally constant factor has been the silence of so many Catholics and other neighbors in the community whose voices might have influenced the outcome,” he adds. Those are the Catholics intimidated by—or active agents of—the forces of political correctness. They are the liberal Catholics who don’t believe in what their church teaches on such issues as abortion and homosexuality. They want to see their church transformed into an arm or adjunct of the Democratic Party, which is radically pro-abortion, pro-gay, and pro-transgender.

But not all Catholics are remaining silent. The EWTN Catholic cable channel, which reaches tens of millions of people in the U.S., has been running a blockbuster film, “A Wolf in Sheep’s Clothing,” examining how Marxists have subverted the church from within by recruiting clergy into revolutionary socialist activities that divide people and cause conflict. The film is described as “a lens into America’s cultural Marxism euphemistically called ‘progressivism.’”

While the film is spiritual and moral in its basic orientation, filmmakers Richard and Stephen Payne discussed with EWTN host Father Mitch Pacwa, a former community organizer featured in the film, how this insidious form of community organizing, led by Saul Alinsky, was embraced not only by Barack Obama but also Hillary Clinton. Like Obama, Mrs. Clinton was a disciple of Alinsky. She wrote a thesis at Wellesley College on his revolutionary strategies.

As many Catholics get educated—perhaps for the first time—about the subversion in the church and its link to liberal politicians, the Donald J. Trump campaign has announced the creation of a new group to provide advisory support to the candidate on issues and policies important to Catholics. Interestingly, one of the members of this new group is Lisa Bourne, a journalist with LifeSiteNews.

Bourne has written such articles as “How billionaire George Soros is trying to hijack the Catholic Church for his progressive agenda,” and “Is the $91 million Obama refugee grant to the USCCB [United States Conference of Catholic Bishops] tied to bishops’ silence on Hillary?” The latter article questions whether or not the millions of federal dollars going to the Catholic bureaucracy is a reason for the bishops’ virtual silence on Hillary Clinton’s “atrocious record on life and family.”

With the release of the new film “A Wolf in Sheep’s Clothing,” the tide may be turning in favor of the conservative Catholics angry about the internal takeover of their church. The film is the work of a Roman Catholic production company, Arcadia Films, and is getting national attention from local Catholic groups such as Voice of Catholics Advocating Life. The film can be downloaded and watched on a personal computer or such platforms as Apple TV, Roku and Chromecast.

But what will the Catholic hierarchy do? Wuerl’s provocative editorial, “The Fruits of Silence,” complained about “the ease with which today a politically correct morality is being forced on our Catholic institutions in place of our own Catholic moral tradition.” This is apparent on abortion, defined by the politically correct as a woman’s right to choose rather than an unborn child’s right to life, as well as homosexual marriage, a scheme that obliterates male/female differences and the divine plan for human life on earth.

An editorial with this kind of strong message should cause headaches among Democrats who think they can dupe Catholics in another election year. But if Cardinal Wuerl is serious about dealing with the problem, he will show the film “A Wolf in Sheep’s Clothing” to the bishops, and ask pastors to air it in local parishes.

Wuerl said, “When the future of our Catholic schools and the education they provide for our children is at stake, we cannot remain silent.”

This is a money changers moment for the Catholic Church. Will they remain true to the teachings of their church and chase the bureaucrats, progressives, and hedge fund operators from the church? Or will they stay silent and continue counting the money from the progressive state and its financial sponsors?

All these are proven facts:

We should always go by the facts, rather than emotion. We should not always say what others are saying. This has been done for the past 8 years.

Who is responsible for it? We need to thoroughly inspect, instead of blindly following.

I was talking to my leasing agents in Tulsa, Oklahoma and they were stating it has gotten really bad in the Tulsa area.

Bill Clinton’s trade issue is still affecting the area, according to others with the same leasing company – they were extremely upset.

Here are details – facts and numbers:

During Obama’s tenure, the percentage of African Americans struggling below the poverty line has advanced. According to the most recent Census Bureau data, the rate went from 25.8 in 2009 to 26.2 in 2014 — that’s up 1.6 percent!

The worst increase during Mr. Obama’s first term was in September of 2011, with 16.7% unemployment for African Americans — the highest since 1983. The African American teen jobless rate also hit a staggering 39.3% in July of 2012.

The number of African American food-stamp participants exploded across that time frame from 7,393,000 to 11,699,000, the U.S. Department of Agriculture reports — up 58.2 percent! Also, from Obama’s oath of office through the fourth quarter of 2015, the percentage of African Americans who own homes foundered from 46.1 percent to 41.9 percent — down 9.1 percent.

You can read more at: http://www.nationalreview.com/article/433222/black-americans-barack-obama-going-backwards-under-president-obama

With the above facts and figures, how do we think liberals, Obama’s administration and Clinton’s government will fare for the next 4 years? I mean, Mrs. Clinton supported anti-African American laws before and now she talks for and supports the Afro-American community. This does not make sense. Let’s re-evaluate!

This will bring havoc to the entire country!

Liberals want to have African American’s, Hispanic’s, Asian Indian’s or any immigrant’s vote to get the numbers up, but they really do not want to improve their quality of life. If you go back in history – Clinton was anti-black in the years 1992-1994.