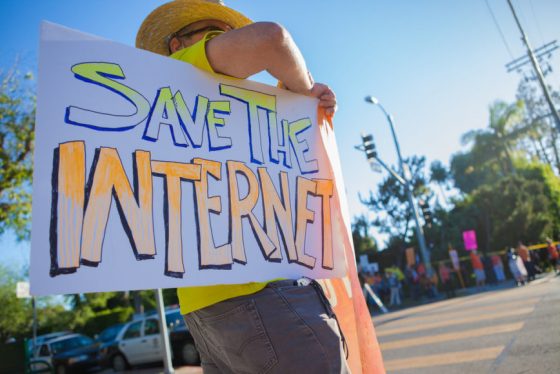 The Obama administration is poised to surrender control of certain Internet functions to non-profit ICANN, the Internet Corporation for Assigned Names and Numbers, on October 1. According to Americans for Limited Government’s senior editor Robert Romano, opposition to this Internet giveaway has united Republicans such as Senator Ted Cruz (R-TX) and presidential candidate Donald Trump. But questions remain as to whether or not the Republicans will unite sufficiently to insist language is included in a continuing resolution that will forbid the transfer of control.

Senate Majority Leader Mitch McConnell (R-KY) actually stripped out this language from the continuing resolution, and a vote to end debate on the current language, which does not fix the ICANN issue, failed on September 27. This is the latest Obama administration scandal, one that threatens the integrity of the Internet. President Obama is seeking to cedeoversight of Internet protocols to a multinational body, effectively ending unilateral American control over these functions.

Romano writes that this is the “Last chance to save the free and open Internet.”

A group of prominent national security professionals have sent a letter to Defense Secretary Ashton Carter and Chairman of the Joint Chiefs of Staff Joseph Dunford Jr. in opposition to the transfer. “Of…immediate concern to us…is the prospect that the United States might be transferring to future adversaries a capability that could facilitate, particularly in time of conflict, cyberwarfare against us,” they write. “In the absence of [the National Telecommunications and Information Administration’s] stewardship, we would be unable to be certain about the legitimacy of all IP addresses or whether they have been, in some form or fashion, manipulated, or compromised.”

The transition could affect the status of Internet domain names, including .mil and .gov. “The Administration has failed to ensure U.S. ownership and control of .MIL and .GOV in perpetuity,” wrote a coalition of citizens and non-profits this August. “Both are vital national assets.” They argue that the Department of Commerce is doing “precisely” what Congress “forbade.”

One concern is that the transition will make these Internet functions subject to the desires of oppressive nations such as China and Russia. Yet the mainstream media are working to cast the change as managerial, and inconsequential. The Washington Post’s Fact Checker Glenn Kessler recently gave Senator Cruz three Pinocchios for saying that the change would “empower countries like Russia, like China, like Iran to be able to censor speech on the Internet.” This is because, Kessler writes, “ICANN says it is only a technical administrator that does not regulate content on the Internet” and this claims “it has power that does not exist.”

Similarly, The Los Angeles Times editorial board calls Sen. Cruz’s argument “ridiculous.” “The only role the U.S. government plays today is an administrative one, checking to make sure that ICANN follows the correct procedures before any changes to the master list of domains can go into effect,” they write. “That’s hardly the Internet’s last defense against the tyranny of despots.”

However, the LA Times editorial board may be overlooking other functions of ICANN.According to Motherboard, “one of the most important cryptographic key pairs on the internet” is about to be changed “for the first time” by none other than ICANN. “This key ensures that when web users try to visit a website, they get sent to the correct address,” writes Joseph Cox. “Without it, many internet users could be directed to imposter sites crafted by hackers, such as phishing websites designed to steal information.”

According to the Epoch Times, the New York-based newspaper owned and run by Chinese-Americans opposed to the Communist regime in China, “Already, the Chinese regime is moving to fill the void left by the U.S. handover—and its new system for governing the internet goes far beyond the responsibilities held by ICANN.” They state that “Over the last two years, Chinese leaders have drafted an authoritarian set of laws that governs every facet of the internet.”

Theresa Payton, writing for The Hill, argues that altering the U.S.’s relationship with ICANN during an election season is unwise. “When the calendar hits Sept. 30, a mere 6 weeks before our election, the United States cannot be assured that if any web site is hacked, the responsible party will be held accountable,” she writes. “We cannot be sure if a web site is valid. We cannot be sure if one country is being favored over another. These are all the things ICANN is responsible for and has worked perfectly since the Internet was created.” Payton is a former White House Chief Information Officer and currently the CEO of a cyber security company.

Why make the change now? she asks.

“As a private organization, ICANN is not bound by the First Amendment, which ICANN’s CEO and President Göran Marby admitted in a recent Senate hearing,” write Sen. Cruz and Representative Sean Duffy (R-WI) for The Daily Signal. “The First Amendment applies only to the [American] government. So if the government is out of the picture, the First Amendment is too. And that means that ICANN would be free to regulate internet speech by restricting which websites can gain access to the internet based on their speech.”

“It’s important to remember that the devil is always in the details, and what the administration attempts to spin as a ‘clerical’ function can easily be used to bludgeon free speech,” they add.

“So why is Obama willing to jeopardize internet freedom?” they ask. “The administration believes that continued U.S. supervision of the domain name system will prompt China, Russia, Iran, and other countries that have been clamoring for more influence in internet governance to fracture the internet by setting up their own networks, perhaps under United Nations control…By ending U.S. oversight, the Obama administration will disempower the American people and empower China, Russia, and Iran, putting those regimes one step closer to their goal,” which Cruz and Duffy argue is “to control the global internet infrastructure.”

Brett Schaefer and Paul Rosenzweig for Heritage’s Daily Signal wonder whether ICANN is too corrupt to take on additional duties. “Earlier this year, ICANN was challenged in U.S. court regarding its failure to follow proper procedures in awarding the .africa domain name,” they write. “The dilemma arose from the ICANN board’s attempt to improperly appease governments who had objected to the original delegation.”

Far from “rule by geeks”—who ostensibly have nothing to gain by appeasing global dictators—Schaefer and Rosenzweig foresee the transition as “rule by a global monopolistic self-perpetuating elite.”

If the Department of Commerce’s NTIA has successfully overseen the contract to date, one must ask why the transition is even necessary. This is especially true if the change is “minor,” as the LA Times editorial board has asserted. However, this is but another part of President Obama’s consistent push for multilateral agendas at the expense of American power and sovereignty.

The transition “has rankled Republicans who say it could put the internet in the hands of hostile actors,” reported The Hill, once again casting only Republicans, and not citizens, as in opposition to this change.

This is a radical change,” argued Rick Moran for The American Thinker. “I suspect we will see almost immediately that it was a mistake. But once the transfer is made, it will be too late to get it back, leaving us pretty much at the mercy of anti-freedom governments.”

The liberal media continue to assert that handing over a function of the Internet will have minor repercussions. That’s because few in the media want to blame President Obama for, once again, damaging U.S. interests in his pursuit of the transformation of America. This is a complicated issue, but after the lies employed to sell the country on the phony Iran deal, and on Obamacare, Congress should block this surrender of U.S. Internet oversight for at least as long as Obama is President.