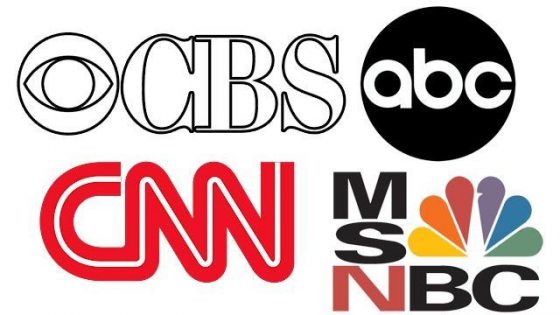 For Donald J. Trump, the Republican presidential nominee, the latest scandal is that employees of his California golf course say he wanted to fire women who weren’t pretty enough. That’s the big scoop from the Los Angeles Times. Trump is supposed to be on the defensive compared to a female candidate who helped orchestrate cover-ups of “bimbo eruptions” from her husband’s mistresses?

That such a story about Trump can be floated with such seriousness in the press is just more evidence of the double-standard that pervades the media. This corruption is also known as political correctness, a phenomenon driving more and more people to Trump.

Another scandal, courtesy of The Washington Post, is the story headlined, “Trump Foundation lacks the certification required for charities that solicit money.” Is this all they’ve got?

Fortunately, there are two papers in the nation’s capital. Washington Times columnist Kelly Riddell noted, “If Donald Trump becomes the next president of the United States he’ll be more thoroughly vetted by the media than Barack Obama.”

While Post reporter David A. Fahrenthold has spent months looking into the esoteric financial workings of the Trump Foundation, the same paper was unwilling to write a single article on Obama’s relationship with suspected Soviet agent and black Communist Frank Marshall Davis back in 2008, during Obama’s first run for the White House.

This curious fact was mentioned by Riddell in her column, “A biased media in action,” as another indication of the growing recognition of the media double-standard.

The good news is that more and more people are laughing at the media. The liberal media monopoly has been systematically broken over the last several decades, since Reed Irvine’s Accuracy in Media was formed in 1969 and started questioning what the liberal media were feeding the news consumer. Conservative and Christian talk radio, papers like The Washington Times, plus alternative media and the Internet, have given the news consumers a choice.

As a result, Gallup finds that trust in the mass media, otherwise known as the “mainstream media,” has sunk to a new low. Meanwhile a new Rasmussen Reports survey finds that just 29 percent of all likely U.S. voters trust media fact-checking of the candidates’ comments.

People are very sophisticated these days, aware of media bias because they see it for themselves. They see the “Crooked Media” protecting “Crooked Hillary.”

For example, despite her own health problems, obvious to anyone who takes the time and trouble to search the Internet, Mrs. Clinton sees half of Trump’s “deplorable” supporters as having a mental illness. She says they are racist, sexist, homophobic, xenophobic and Islamophobic.

The name-calling won’t stop the Trump movement, which demonstrated its enthusiasm for the nominee with the Trump victories even in the mainstream media’s snap polls after the first presidential debate. Of course, the media were not happy with these results and immediately tried to discount them.

Whether the snap polls were scientifically valid or not, the Trump movement is a real one and it’s not going away. In fact as people see media bias becoming more and more blatant, they redouble their support for Trump in response.

In an article titled, “The Trump movement is the backlash to the left’s success,” an honest liberal journalist, Martin Longman of the Washington Monthly, writes about how the media are moving even further to the left. He says, “During the Obama presidency, there has been a steady growth of black, brown, gay and feminist voices who have moved from the media fringe or underground into the mainstream, as syndicated columnists, cable news anchors and regular guests, and (as it has aged) even as veterans of the administration. The growth of social media, especially Twitter, has also amplified voices of the cultural and ethnic left, pushing them into the conversation on every major news story.”

Longman signals his agreement with part of a column by Ross Douthat of The New York Times, who says that the Trump movement is a cultural shift to the right that “remains an advantage” for the Republican Party “and a liability for the Democratic Party” going forward. He writes that “the new cultural orthodoxy is sufficiently stifling to leave many Americans looking to the voting booth as a way to register dissent.”

Whether Trump can faithfully represent that shift is a matter still to be determined.

Then there’s political correctness in sports. Douthat notes that “…institutions that were seen as outside or sideways to political debate have been enlisted in the culture war. The tabloid industry gave us the apotheosis of Caitlyn Jenner, and ESPN gave her its Arthur Ashe Award. The N.B.A., N.C.A.A. and the A.C.C.—nobody’s idea of progressive forces, usually—are acting as enforcers on behalf of gay and transgender rights. Jock culture remains relatively reactionary, but even the N.F.L. is having its Black Lives Matters moment, thanks to Colin Kaepernick.”

That all of this politically correct, unpatriotic, and divisive nonsense is forced down our throats even on weekends, when people want to relax and watch football games, is another factor driving voters to Trump. It’s why media bias and phony fact-checking are having less and less effect. The American people don’t like what the liberals have done to their nation and they see Trump as a way out of the madness.

The real illness, notes filmmaker Joel Gilbert, is Ameriphobia, described and illustrated in a new video showing Hillary Clinton being treated at the Donald Trump medical clinic. One cause of this terrible mental condition is prolonged exposure to liberal media bias.

The video asks, “Do you know someone Ameriphobic?” The Donald Trump Clinic for Ameriphobia is ready for them.