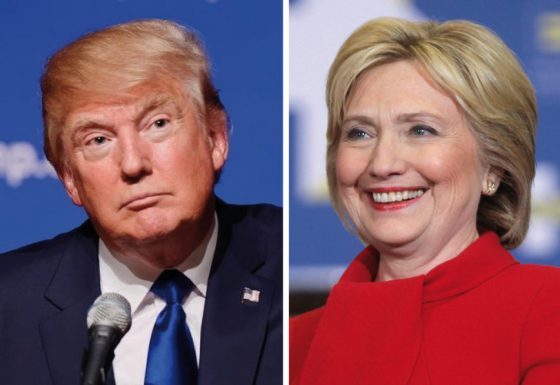 The mainstream media are delighted to saturate the news cycle with a story that potentially injures Republican presidential candidate Donald Trump, with many news organizations making a big deal about Trump’s 1995 tax returns which could have, they argue, allowed Trump to skip paying his fair share of taxes for 18 years. Some reporters argue that this is the sort of story that will turn the average worker, who pays his share of taxes, against the elitist Trump.

“The fact that Trump, a self-proclaimed billionaire, could have paid nothing in taxes for nearly 20 years, should offend the many working-class folks he counts among his supporters: After all, they’re paying their taxes and struggling to get by while he’s raked in fortunes and quite likely paid nothing,” writes Adam Chodorow for Slate Magazine.

Of course, how much Trump actually paid in taxes over the last two decades will remain a mystery unless he releases his tax returns in full—or someone else releases them in part—as just happened. But that hasn’t kept the mainstream media from speculating.

“If Trump were truly smart—and wanted to lead by example—he would have disclosed his tax returns, showed the loopholes he used, and vowed to close them,” argues Allan Sloan for The Washington Post.

The American Thinker website has an excellent piece putting this tax issue into perspective. The article, titled, “What Hillary, Kaine, and the New York Times do not understand about taxes,” argues that “It is clear from the attacks on Trump about his deduction of legitimate losses that the media, Hillary, and Tim Kaine, need a lesson on the difference between proper, sensible, necessary loss deductions and tax loopholes.”

The New York Times, which broke the story, calls the issue of the tax returns a “central issue in the campaign.” But it turns out that the Times took advantage of the tax laws too, and turned one year, 2014—in which they made a pre-tax profit of $29.9 million—into a year in which they paid no income taxes, and even got a $3.5 million tax refund. The point is, the Times is being hypocritical for attacking Trump. Most everyone, and especially every company, pays as little in taxes as they are legally required to. If this issue receives heightened scrutiny, it is because a biased and corrupt news media prefer Trump controversies to ones that might weaken Hillary Clinton’s candidacy.

Consider, for example, the current tensions between Russia and the United States. Under Secretary of State Clinton there was supposed to be a reset of relations between America and Russia. The reset failed, miserably. Now ABC News is reporting that the Obama administration has “suspended direct contacts with Russia on halting the war in Syria.” Going forward, Secretary of State John Kerry has agreed to multilateral talks on this issue, but refuses bilateral ones, according to ABC News. Kerry revealed a rift in the Obama administration when he was caught on tape last week saying that he had pushed for the use of military force to back up his diplomatic efforts in Syria, but that he had lost that argument.

“In exchange for saving [Bashar] Assad’s neck and enabling Iran and Hezbollah to control Syria, Russia has received the capacity to successfully challenge U.S. power,” writes Caroline Glick for The Jerusalem Post. A recent agreement between the Syrian government and Russia, she writes, “permits—indeed invites—Russia to set up a permanent air base in Khmeimim [Syria], outside the civilian airport in Latakia.”

“Russian politicians, media and security experts have boasted” this base will be able to challenge both the U.S. Navy and NATO, Glick writes.

President Obama’s foreign policy incompetence and appeasement has once again weakened American power abroad. The media should be asking whether Mrs. Clinton would as president be able to improve relations with Russia given her former failures.

The Syrian government is currently bombarding Aleppo to get rid of rebel forces. Glick argues for The Jerusalem Post that Bashar Assad’s goal is to “defeat the rebel forces by destroying the sheltering civilian populations.” Nancy Youssef reports for The Daily Beast that the assault in Aleppo by Assad and his ally Russia will leave only the terrorists standing. Part of the problem today is figuring out who are the so-called moderate rebels, in a complex battlefield that includes civilians, ISIS, al Qaeda and other supposedly more “moderate” opposition groups. If we don’t know who to bomb, why are we bombing there, with our make-believe coalition of 62 countries that was organized to degrade and defeat ISIS?

Compared to the nearly half-million deaths, and millions suffering, displaced, or who have fled from Syria because of this conflict, focusing on Trump’s tax returns seems like trivial nonsense. The morass in Syria is part of President Obama’s legacy of ineptitude, or worse, appeasing Iran to achieve a phony nuclear deal. Yet Mrs. Clinton promises her legacy would be one of regime change. The UK Telegraph reported this July that the “first key task” of a Hillary Clinton presidency would be to work toward regime change in Syria.

Americans have heard this line before—most notably on Libya, where Clinton played a key role in ousting Muammar Qaddafi. Libya, without Qaddafi, is now a conflict ridden, haven state for terrorists.

This demonstrates how the media are dwelling on tax returns, and a line about PTSD taken out of context, to defeat Trump while the disastrous Obama and Clinton legacies foster danger and insecurity abroad. The media should be asking key questions of Mrs. Clinton, including about her support for the disastrous, unsigned Iran deal. Not only did the Obama administration pay Iran $1.7 billion in cash as a ransom payment for four American prisoners that Iran was holding, but recent reporting has revealed that the Obama administration supported the UN lifting sanctions on the regime’s Bank Sepah and Bank Sepah International on January 17.

“Lifting the sanctions on Sepah was part of the package,” an unnamed senior U.S. official told The Wall Street Journal. “The timing of all this isn’t coincidental. Everything was linked to some degree.”

Despite concession after concession made by the U.S. to please Iran, this totalitarian regime has “has conducted up to 10 ballistic missile tests since the forging of the nuclear agreement,” reports the Journal.

We have reported time and again that, despite media reporting to the contrary, the Iran deal remains an unsigned agreement based only on political commitments. It seems that the only thing that became a signed document were these side deals with Iran.

“As secretary of state, Clinton helped facilitate the talks that eventually led to the nuclear deal, dispatching a top adviser to participate in the secret meetings with Iran through the sultan of Oman that started the international negotiations,” reported CBS News. Where, now, is the reporting on how disastrous this deal has been and Mrs. Clinton’s role in forging it?

If the mainstream media consider only domestic scandals worthy of coverage, then recent revelations about the FBI’s shoddy investigation of Hillary Clinton should make front page news. Fox News reports that the FBI agreed to destroy Clinton chief of staff Cheryl Mills’ and Clinton aide Heather Samuelson’s laptops after searching them for evidence. “Judiciary Committee aides told FoxNews.com that the destruction of the laptops is particularly troubling as it means that the computers could not be used as evidence in future legal proceedings, should new information or circumstances arise,” reports Fox News.

That the mainstream media are not covering these many pressing stories in detail, and instead limit themselves to observations about a candidate’s tax returns, makes a mockery of investigative journalism. Journalists also have a duty to cover stories that reflect poorly on the Obama/Clinton agenda. But they view that as self-defeating, since their mission is to defeat and destroy Trump, not prioritize and report the biggest news stories of the day.