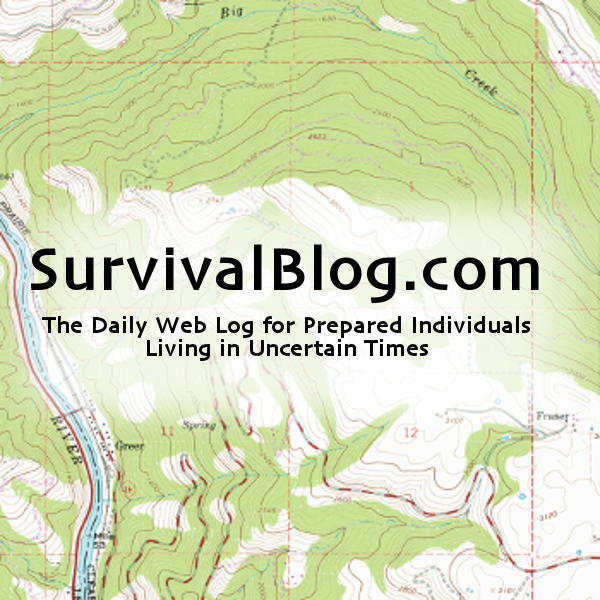 There is a substantial risk that Hillary “Hitlery” Clinton will become our next President. She is notoriously anti-gun, and has made many promises to her gun-grabbing campaign donors to give “gun control” (read: civilian disarmament) her top priority.

Consider the guidance in this article just a contingency. You can simply ignore it, if Donald Trump is elected. (Since he is outspokenly pro-gun.) But if Clinton is indeed elected, then gun, ammunition, and magazine prices will surely start to rise immediately. And by the time she actually takes office, prices might well have already doubled or tripled, and shortages of some item–particularly standard military caliber ammunition and many 11+ round magazines–will be widespread.

To be ready for the possible Hill-ection, I recommend that you take the following steps:

In The Weeks Following

Start with your own needs, then with your children’s needs, and then with barter in mind, as follows:

Note: Be sure to buy only either original military contract or original factory-made full capacity magazines–don’t buy aftermarket junk!

Any extra magazines that are intended for barter should be of the types that will be in the highest demand. Examples include: AR-15/M16, M14, Mini-14, AR-10, FAL, Glock, S&W M&P, Beretta, and SIG.  In particular, I predict that 33-round Glock magazines, 30-round Beretta Model 92 magazines, 100-round Beta C-MAGs, and 40-round Mag-Pul AR-15 PMAGs will all be in particularly high demand.)

In some families, a spouse might object to you making such purchases.  Sit down and dispassionately show them the history of other “scare” and “ban”periods, and point out how much prices rose. (For example: stripped AR-15 lower receivers jumped from $60 each to $300 each, during the last big scare.)  Tell them: “This is the equivalent of having the foreknowledge of what Dow Jones stocks will double or triple in price. It is wise to buy low and sell high.”  If need be, promise your spouse that you will sell off halfof what you plan to buy, after prices have doubled. That will leave the purchase cost of what you then retain, effectively at zero.

Don’t panic, but recognize that Hitlery Clinton will probably act swiftly to restrict privately-owned firearms and accessories, using Executive Orders. Her transition team might even prepare them before she takes office. Most likely would be an import ban on magazines that can hold more than 10 cartridges, for civilians.  Another likelihood is an import ban on military style firearms and/or parts sets. Another possibility is reclassifying 80% complete receivers. She might also direct the BATFE to expand the definition of “Destructive Devices” to include semi-automatic shotguns with detachable magazines. (Such as the Saiga-12, which is already import banned.) Plan accordingly.

And regardless of the outcome of the upcoming election, you should have already spread out your guns, ammo, optics, and field gear between hidden places in several houses owned by members of your family, and in underground caches.  DO NOT keep all your eggs in one basket! – JWR

One thought on “Just In Case: Preparing for the Evening and Day After Election 2016”