Between eating Turkey, passing out, and eating more turkey, plus pumpkin cheesecake (a dollop of whipped cream on top), I caught the news on TV. It seemed the lead story of every broadcast was Trump is an uncouth two-faced SOB. The incredulous mainstream media is going to bombard us for the next four years, spinning every news story to further the Left’s despicable lie that stupid racist whites elected America’s version of Hitler.

The Left has already begun doubling down on it’s efforts to demonize conservatism and block every attempt to reverse Obama’s illegal far-left radical transformation of our once great nation.

Heads up folks. Step one in the Left’s War Room playbook is to discourage us; convince us that Trump is a fraud who will betray his voters. This is why we are seeing so many Leftist talking heads, the NY Times and other democrat operatives disguised as media claiming Trump is backing away from his campaign promises. Don’t fall for it folks.

These people on the Left are relentless and evil. Yes, I said evil. Most of what they stand for and desire to do is consistently anti-God, anti-America and anti-traditional family and values. They always send the message that God’s original plan and purposes are stupid. They have a much better more sophisticated idea for the way things ought to be. But, I digress.

Even as I speak, Hillary’s camp is still insidiously scheming to steal the presidential election from We the People in Wisconsin, Michigan and Pennsylvania. http://bit.ly/2gpd4vA

In an unprecedented sleazy attack, Hillary’s thugs sent threatening letters to electors to bully them into breaking tradition and the law by voting against the will of voters in their states. Hillary’s thugs are trying to strong-arm electors to vote for Hillary on December 19th rather than Trump, the peoples’ choice. http://bit.ly/2fIBDX6

The Clintons are like Jason and Michael Myers in those Friday the 13th and Halloween movies. No matter what was done to kill Jason and Michael; hit them with a train or cutting them up into little pieces, somehow they came back to life. Thus, I am holding my breath until after December 19th. Then, I can rest assured that Hillary is truly politically dead and Trump can begin fixing Obama’s mess; making America great again.

Since 2012, I have served as chairman of The Conservative Campaign Committee. CCC was birthed out of Tea Party Express. CCC’s brilliant executive director, Joe Wierzbicki and president Ryan Gill saw the need for a PAC laser-focused on electing conservatives; mostly House and Senate races. They asked me to come on broad as chairman of CCC.

I like to think of us as the “Wild Bunch”, the title of an old movie. We produce TV and radio campaign ads and utilize social media. We go the unusual extra mile of providing boots on the ground initiatives; organizing phone-from-home, rallies and standing on street corners waving signs; not my wife Mary’s favorite thing because she hates cold weather. We pride ourselves on squeezing every ounce of juice out of our resources, talents and efforts. Win or lose, we know we gave it our all.

Mary and I are still on the road. Post election, our CCC team is working on the Louisiana Special Runoff Election through December 10th, and then on top of that the push-back by Democrats to try and steal the election in Wisconsin, Michigan and Pennsylvania, and then the 100 Day Plan, Supreme Court battles (go Ted Cruz!) and so much more… http://www.conservativecampaign.org/

My bottom line is yes, Trump won, but we’re not done yet folks. The Left is not going away, abandoning its evil mission to transform America. Think of them as villains Jason and Michael Myers, impossible to permanently annihilate. The Left will relentlessly seek to discourage us at every turn. Even before his inauguration, the Left has begun its shock-and-awe assault to destroy Trump’s presidency. It is vitally important that we remain unaffected by media spin. We must stay engaged, alert and prayed-up.

Like the Carpenters’ song, “We’ve Only Just Begun” the monumental politically bloody battle to reverse Obama’s evil transformation of our country. Crazy people are dangerous. Thus, be prepared for the crazy Left to come at Trump and normal thinking Americans with every evil scheme/attack their perverted brains can conceive.

Three Leftist black thugs beat up an elderly white man including kicks to his face for voting for Trump. http://bit.ly/2g1lpcL A group of Leftist blacks beat up a black female Trump supporter and told spectators not to call an ambulance for her. http://bit.ly/2eYO6nA Black Lives Matters have doubled down on assassinating police. Unprecedented, there have been 60 police officers fatally shot this year, 20 in ambushes. http://fxn.ws/2fVqjan This is pure evil from the pits of hell folks.

We must be ready to legally push back. Quoting English military and political leader Oliver Cromwell, “Trust in God and keep your powder dry.”

My fellow patriots, yes, Trump won. But we have many more miles to go before we can sleep.

Democrats love contested elections because there are so many ways they can steal them. And so many ways for them to win some advantage point with them. There also happens to be two major developments going on right now regarding this election. Without addressing them both at the same time in the same story the point of the recount issue by itself is meaningless. The current effort to recount the votes in Wisconsin, Michigan and Pennsylvania is a distraction and a smokescreen for the Democrats real purpose. The Trump delegates in the Electoral College are under siege to change their votes and this recount push is certainly not helping them maintain their positions. This recount effort is really being used to demoralize them. The Democrats also have everything to gain by creating doubt and confusion with voter recounts. Read this opening paragraph about the 2008 U.S. Senate race in Minnesota from Wikipedia.

After a legal battle lasting over eight months, Al Franken from the Democratic-Farmer-Labor Party (DFL) defeated Republican incumbent Norm Coleman in one of the closest elections in the history of the Senate. Al Franken took his oath of office on July 7, 2009, more than half a year after the beginning of his term on January 3, 2009. By the way, Al Franken won after several hundred absentee ballots mysteriously reappeared after being discovered at the bottom of someone’s desk.

The Democrats have already admitted they have thousands of lawyers standing by to challenge the election results. If the recount issue is allowed to hold up the final election results it may delay the Electoral College vote on December 19th. If it winds its way into the courts, that keeps Barack Obama in the White House until it is finalized. That also puts a lot of pressure on the thin GOP Senate majority to postpone the nomination hearings of Chief Judge Merrick Garland that Obama made to the Supreme Court. If that happens then it is very possible that the liberal Democrat that Obama nominated will be confirmed, either by the Recess Rule or by a frustrated Senate. If so, score a major win for the Democrats, even if Donald Trump is eventually sworn in.

My gut feeling is the big push for a recount is a smokescreen and a distraction to the Democrats real purpose. That purpose is to demoralize the Trump delegates to the Electoral College. These elected delegates are already being besieged with death threats to make them change their vote when the Electoral College meets on December 19th.

This fact doesn’t diminish the importance of the vote recount and the national Tea Party has called for loyal Trump supporters to act as witnesses in Wisconsin, Michigan and Pennsylvania when the recount takes place. Read more on their web page:

It wouldn’t be the first time Democrats have tried to steal an election with a recount. They have done it many times before by getting dead people to vote and busing in illegal voters that are not hampered with voter ID restrictions. And believe me, it won’t be over until the fat lady sings Trump’s victory song or the Patriots run out of ammunition.

“Protesters” in Portland, Oregon attack a family for having the American Flag displayed on their vehicle.

Edgewood College is a private Catholic liberal arts college located in Madison, Wisconsin. Its motto is “Heart Speaks to Heart.” This past week, those hearts have been speaking to one another of fear and perceived hate crimes. The vile culprit, as revealed by Campus Reform, has been revealed as the following…

WARNING: THE FOLLOWING IMAGE MY NOT BE APPROPRIATE FOR ALL VIEWERS. IF IT MAKES YOU FEEL UNCOMFORTABLE, PLEASE FIND YOUR CLOSEST DESIGNATED SAFE SPACE: 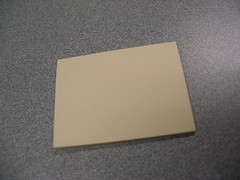 For those of you that are still present, it might also be pertinent to share what was cruelly written on said Post-it which was stuck on the inside window of the Office of Student Diversity and Inclusion:

Suck it up pussies! 🙂

Of course in such dire times of hatred the Vice President for Student Development, Tony Chambers, was quick to issue a sternly written letter.

“Unfortunately, in a targeted act of intimidation and cowardice this past weekend, someone chose to post a sticky note message on the inside window of the Office of Student Diversity and Inclusion(ODSI) in Predolin Hall. A great deal of fear, sadness, and anger among students, faculty, and staff resulted – especially for those that gather in the OSDI space. The message was hateful and harmful toward members of our community. It violated every value that this institution considers to be at its core. A group of cross-functional college staff representing campus security, student conduct, human resources, Title IX enforcement, and diversity and inclusion measures convened Tuesday morning to discuss how to address the hateful message. The group determined that the message constituted a Hate Crime, based on the guidelines from the Jeanne Clery Act and state law.

The notice goes on to state that the campus has been reported to the Madison Police Department and includes contact information for anyone with information about the culprit. Seriously, is this what higher education has devolved into in the past decade? We have created the perfect population of meek drones that shut down over words and run to the nearest authority figure for help. Just think how well they will function in an authoritarian state where the populace is expected to follow every rule without question and report on anyone (including friends, family, and neighbors) that do not fit the mold of the collective. Not only have we allowed this to happen, we paid said institutions vast sums of money to do so leaving either ourselves or our children deeply indebted financially to the Department of Education.

So what do we do now? Seriously, I’m looking for suggestions to keep my head from exploding. The comments section below would be a great place to start.