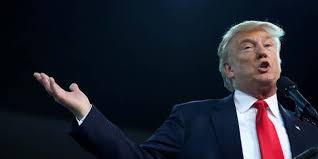 Years ago, Rush Limbaugh coined the term, “Low-info Voters.” The term perfectly describes Americans, like 95% of my family, who only get their news from the mainstream media. Consequently, low-info voters do not know that the mainstream media is not fair and balanced. The mainstream media has become strong-arm enforcers of political correctness and operatives of the Democrat Party; 100% focused and committed to furthering the socialist/progressive agenda.

Yes, I remember when I was a kid my black Baltimore City firefighter dad told me, “The Republicans are for the rich and the Democrats are for the little guy; the working man.”

A few years ago, I was able to convince my 89 year old dad that this “ain’t” his Democrat Party of his youth. Dad’s Democrat Party has been hijacked by old hippies. They reject Christianity while vowing to arrest anyone speaking badly of Islam. http://bit.ly/1mxTG1G They use public schools to teach our kids to despise all things traditional, wholesome, patriotic http://bit.ly/1UnBVz3 and good.

They are the ones who have, for the most part, made it criminal to publicly say you believe marriage should remain as it has been for thousands of years and how God intended; between one man and one woman (Genesis 2:24). They are the ones banning Nativity scenes and banning saying “Merry Christmas.” http://bit.ly/2gAD2wz

They are the ones banning teachers addressing students as boys and girls, claiming gender distinctions are intolerant, discriminatory and bigoted. http://fxn.ws/2aSCFyy They are the ones pushing the extinction of blacks via a disproportionate high number of black abortions. http://bit.ly/2hf5wjd This it why it continues to frost me when low-info idiots in my black “Christian” family continue to pledge their brain-dead loyalty to Democrats while calling me their Uncle Tom relative.

The Left uses a highly effective tactic. They brand any push-back to them cramming their progressive agenda down our throats “extremism.” This tactic works great with so many low-info voters.

Here is how it works. The Left says they want burly men with beards, dressed like lumberjacks to be permitted to use women restrooms if they inwardly feel like a woman that day. Husbands, fathers and brothers across America politically said, No-way. We are not allowing grown men in restrooms with our little girls, wives and mothers.

Government mandating this insane restroom policy and Leftist businesses like Target embracing it has led to rapes and molestation in women restrooms. http://bit.ly/1UaeQ4f And yet, guess who the mainstream media and Democrats attack, calling them extremist? Answer: All who oppose men in women restrooms. In an attempt to demonize and silence American’s common-sense disagreement, the Left claims anyone opposing men in women restrooms hates homosexuals and want to see them tortured and murdered.

If you oppose the Left removing crosses from memorials, removing the Ten Commandments from public buildings, banning Nativity scenes and banning saying “Merry Christmas”, the Left claims you’re an extremist who hates homosexuals, suppresses women and want to cram your religion down everyone’s throat. Do you see how the Left’s extremism tactic works? They are the aggressors, but call you an extremist when you simply say, “No.”

Clearly, the Left has launched a pedal-to-the-metal campaign to cram their progressive agenda down our throats. For example: A Zales jewelry TV commercial featured a lesbian wedding. Homosexuals are only 2% of the population. http://bit.ly/1w8y4IA So why is featuring a lesbian wedding necessary? Fearful to admit it, most Americans still instinctively know marriage is between one man and one woman. But if they dare say it out loud, the Left will try to destroy them by branding their belief in tradition and biblical teaching extreme; outrageously claiming they hate homosexuals and want to see them tortured and murdered.

The Left’s tactic of branding the slightest opposition “extremism” has silenced many. I believe Trump in the WH has already begun liberating Americans from the Left’s tyranny of political correctness; muzzling free speech. I realize the Left will distort my statement to mean Trump has opened the flood gates to express hate. Nonsense.

The truth is Leftists are the ones who boldly and relentlessly spew hate against Jesus, Christians, Republicans, Conservatives (black and white), white people and police. Heck, Leftists have even given marching orders to their minions, declaring it open season on killing whites and police. Have you heard the slightest rebuke from the mainstream media? http://bit.ly/1Kzm6Uf No.

All I am saying is Trump has Americans timidly coming out from the shadows; feeling a little less afraid of exercising their Constitutional right to express their religious and political views.

And that brothers and sisters is good for all Americans.

“I will never be silent. You will not be able to stop me… And that is what we stand for. For freedom and for our beautiful Netherlands.” — Geert Wilders, Dutch MP and leader of the Party for Freedom (PVV).

“Should I keep back my opinions at such a time, through fear of giving offence, I should consider myself as guilty of treason towards my country, and of an act of disloyalty toward the majesty of heaven, which I revere above all earthly kings.” – Patrick Henry, March 23, 1775

If you are not familiar with the Gatestone Institute, you are missing out on thought-provoking and intellectual articles written in a way to educate readers on the truth sans the agenda. One such article, titled “The Dutch Death Spiral: From Paradise to Bolshevik Thought Police” explains that the recent, terrifying conviction of Geert Wilders was “historic” in that for a dissenting opinion about Islam was “criminalized.”

Geert Wilders was convicted of “inciting discrimination and insulting a minority group.” As reported extensively at the Gatestone Institute in 2014, young male Moroccans are responsible for a disproportionate amount of crime.