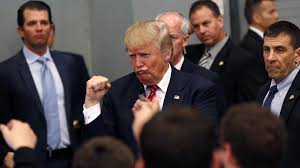 To be a defenseless victim of any war is a terrible ordeal. To be a victim of psychological warfare is demoralizing at best and downright frightening at least. Let no one misunderstand what is going on here, the 306 elected Trump delegates to the Electoral College have been under assault, verbally and mentally, since the day after the elections on November 8th. And the sole purpose of the assault is to persuade them into switching their votes on December 19th to someone other than Donald J. Trump, the Republican president-elect.

First came the reports that a number of Trump delegates had started to receive threatening emails and phone calls warning them of dire consequences if they cast their sworn votes for Donald Trump. Then came the far left claims the election results in three former Democrat strongholds, Michigan, Wisconsin and Pennsylvania, had been or were suspected of being hacked (with absolutely zero evidence given) and the push began to order a recount of the votes. For obvious reasons the call for a recount was made several weeks after election day so that it could not possibly be completed in time to meet the federal deadline on December 13th.

The only purpose of this maneuver was to try and stall the certification of the final results to prevent the delegates from these states from being able to participate in the Electoral College meeting on December 19th. Finally after two weeks of non-stop media coverage and not a single mention about stalling, state and federal courts ruled Jill Stein had no standing in Pennsylvania, the Michigan recount was halted after hundreds of precincts showed phony Democrat ballot discrepancies and the Wisconsin recount, which was started in advance of court challenges, was completed giving Donald Trump 162 extra votes.

Then, soon after the Democrats began pushing their conspiracy theories about Russia hacking the DNC emails to help Trump’s win, the liberal mainstream news media chimed in to raise the sound level of the wailing losers. And as Donald Trump began to assemble his new government almost every cabinet level and agency head selection was tossed into the liberal conspiracy to turn America into a police state or a sell out to foreign governments.

The latest straw in the desperate Democrat plot to steal the White House is a group of 14 Democrat delegates to the Electoral College, led by the daughter of Democrat Minority Leader Nancy Pelosi, plus a single Republican turncoat have demanded that they receive an intel briefing from the CIA on the extent of the Russian hacking of the DNC and the fake news stories planted to solidify Trump’s victory. I cannot even begin to see what legal standing this demand can relate to but that doesn’t seem to bother the Liberal MSM from blaring it from the rooftops.

All of this reminds me of a very simple example of how psychological warfare works. Wherein a very small group of fighters surround the encampment of their much larger enemy at night and begin to bang on pots and pans and use bullhorns to make their numbers seem overwhelmingly large. The much larger enemy becomes confused and demoralized and subsequently throws down their weapons and surrenders.

I’m not sure if the Democrats and their Leftist, Communist, anti-American allies are (maybe I should reword that because Democrats are all Leftists, Communists and anti-American) fully aware of the consequences of what they are doing but should they succeed in disrupting the results of this election and prevent Donald Trump from being inaugurated on January 20th next year, their will be a civil war like nothing that has been recorded in American history. As one wag commented to one of my opinions on Breitbart put it: If Hillary Clinton manages to steal this election she will never again sleep in the same bed twice for the rest of her life.