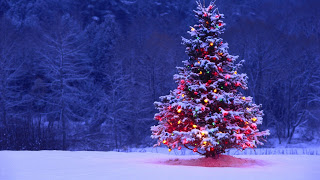 Christmas is just around the corner and having little children around reminded me of how special this time of year is.  A child can express awe, excitement and joy so much easier than grown ups.

William had taken James, our ‘almost two year old’ grandson, out for the afternoon this past week to enjoy the cool weather and have some one on one time.  While they were out we decided it was time to bring the Christmas tree in from the garage where it’s been stored all year.

It’s an artificial tree with the lights already in place making things so much easier, except there’s a row in the middle that no longer works.  I’ll get around to replacing it some day; at least that’s what I said last year, or was it the year before?

James came in from the cold all bundled up with a hood covering his Astros’ ball cap.  As he turned from the entry way he noticed the tree situated in the middle of the living room directly in front of the window, most of the tiny lights sparkling brightly.

He walked over to it, eyes wide open and took it all in, floor to ceiling.  The magic of Christmas landed on him as he gazed and then gazed some more.

“Wow”, he breathed out a hushed reverence for the singularly majestic tree which wasn’t there when he’d left; but somehow appeared in the room as if sent by angels.  “Wow!”

I had my cell phone/camera in my pocket but it didn’t dawn on me to capture the moment; guess that one will have to be stored in my mind along with so many other magic moments.

When I was a young boy one of our family Christmas traditions had to do with writing a letter to Santa around the first week of December.  We’d use our best penmanship skills while making sure to list each item on our bucket list that Santa needed to know about prior to his visit on Christmas Eve.

These letters were put on a plate on the dining room table along with some cookies and a glass of milk before we went off to bed.  Our parents explained that we’d know Santa had visited during the night to read the letters if all the cookies were gone along with the milk; more importantly, we’d know Santa read our letters because his magic mittens would cause the paper to catch fire, leaving only burnt fragments singed on top of the plate.

The next morning we’d marvel that Santa had come, just as our parents said he would.  The cookies and milk were gone and sure enough, the letters had turned into a pile of ashes leaving a scorch mark on mom’s fine china.  “Oh boy, I’m gonna’ get that bicycle, cowboy boots, the erector set, the Lincoln Logs, the rocket that you have to fill with water and pump it till it shoots off, the submarine that really sinks in the bathtub and comes back to the surface; all the neat stuff that was on that letter…and Santa knows about it now.

There were other family traditions; one in particular wasn’t so great.  Mom and dad loved to make oyster stew on Christmas Eve. How they came up with that is a mystery, or is that a misery?  They actually looked forward to putting a bowl of oyster stew on the table, lighting the candles and having us prepare for the coming of Santa.

I couldn’t even look at a bowl of oyster stew without my stomach turning, much less place a spoonful in my mouth.  Mom and dad decided that children weren’t sophisticated enough so we were served Tomato soup instead.  I wasn’t thrilled with Tomato soup either; but at least I could look at it without barfing.

Last on today’s list of family Christmas traditions has to do with the hanging of stockings for Santa to fill with candy, oranges, apples, nuts and small toys. These were placed on the end of our beds just prior to light out along with a warning, “Go to sleep or Santa won’t come”.

That worked pretty well until we reached our teen years.  By then we’d figured out that Santa needed to put toys together in the living room and didn’t want little children disturbing the process.

One night while contemplating life there in the darkness of my room I heard dad coming down the hall.  As he entered the room, carefully hanging the stocking on my bed and turning to leave, I surprised him, quietly greeting him, “Good night, Santa”.  I’ll never forget the smile and wink my father returned as he realized I’d left a part of childhood behind.

May your family find simple traditions that make Christmas memories, memories that will last a lifetime and beyond is my hope and prayer.  Merry Christmas!