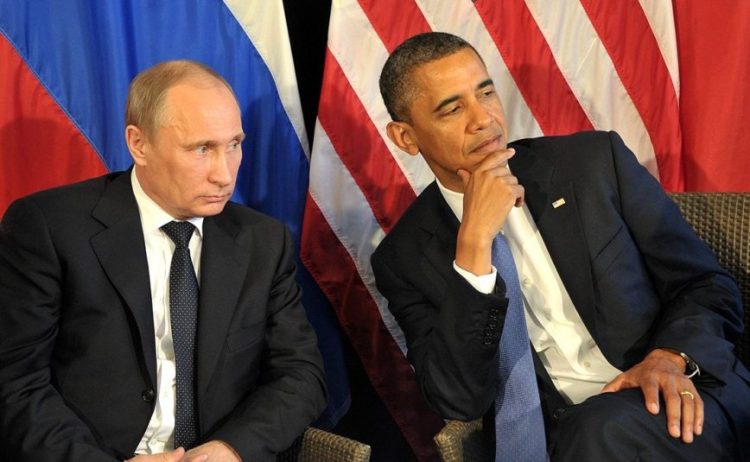 The Democrats have been saying that there’s proof that the Russians hacked into Democratic Party computers for the purpose of obtaining and planting information that would help elect Donald J. Trump as president. But the proof wasn’t provided when President Obama issued an executive order and announced the expulsions of Russians from the U.S., and sanctions against Russian officials.

Still, our media were almost unanimous in saying that President Obama has proved his case and that Trump was out-of-step with what the evidence clearly showed.

For his part, Trump seemed in no hurry to come to any rash conclusions, saying he would meet with “leaders of the intelligence community” next week in order to be “updated on the facts of this situation.”

The facts were certainly in short supply when the media jumped to conclusions about the “evidence” released by the Obama administration.

A big question was timing. Kevin D. Freeman, an expert on economic and financial warfare between nations, has commented that the evidence indicates that the Obama team disregarded the threat of Russian hacking in the past “because they were confident that Secretary Clinton would win.” He called that “stunning.”

According to this line of reasoning, the Obama administration decided to blame the Russians only after Trump won the election, perhaps for the purpose of complicating the foreign relations priorities of the President-elect.

Whatever the motivation, the Obama administration’s “Joint Analysis Report” on alleged “Russian malicious cyber activity” is very weak and vague in key respects.

It would have been nice if reporters had read the pathetically thin report before concluding that there was substance to it, and that Trump was somehow derelict in not accepting what Obama had to offer.

Only four-and-a-half pages of the 13-page report purport to examine alleged Russian hacking activities. The rest of the report gives advice on how to provide security for computer networks.

It looked like the report was padded in order to make it seem more authoritative than it really was.

A separate White House press release went into some more detail, alleging that “the disclosures of alleged hacked e-mails on sites like DCLeaks.com and WikiLeaks are consistent with the Russian-directed efforts.” But being “consistent with” is not proof.

WikiLeaks released the emails from the account of Hillary Clinton campaign chairman John Podesta. The website DCLeaks.com was responsible for the embarrassing disclosures from within the George Soros network of organizations.

The new Obama report, described as “the result of analytic efforts between the Department of Homeland Security (DHS) and the Federal Bureau of Investigation (FBI),” includes a “DISCLAIMER” stating that it is “for informational purposes only,” and that the DHS “does not provide any warranties of any kind regarding any information contained within.”

It sounded like the kind of warning that comes with a possibly defective product.

There’s no question that the Russians engage in cyber warfare. But the “facts” in the Obama report seemed unusually vague. It states that “The U.S. Government confirms that two different RIS [Russian civilian and military intelligence Services] actors participated in the intrusion into a U.S. political party,” but doesn’t even mention the Democrats.

The term “confirms” sounds authoritative. But how the “facts” were confirmed and by whom was not explained. The report, however, does include some fancy color diagrams and a list of names under which the Russian hackers supposedly operated.

The report says this alleged Russian campaign, designated as “GRIZZLY STEPPE,” was an activity by Russian civilian and military intelligence services and was “part of an ongoing campaign of cyber-enabled operations directed at the U.S. government and private sector entities.”

If it was ongoing, why did it take so long for Obama to take action?

The report refers to one alleged Russian campaign that had “compromised the same political party,” again without saying it was the Democrats, and “was able to gain access and steal content, likely leading to the exfiltration of information from multiple senior party members.” The fancy term “exfiltration” means the unauthorized transfer of data from a computer. “The U.S. Government assesses that information was leaked to the press and publicly disclosed,” the report states, without saying who in the press was given the information and who or what leaked it.

“This activity by RIS is part of an ongoing campaign of cyber-enabled operations directed at the U.S. government and its citizens,” the report states. “These cyber operations have included spearphishing campaigns targeting government organizations, critical infrastructure entities, think tanks, universities, political organizations, and corporations leading to the theft of information.”

The term “spearphishing” refers to emails that appear to be from individuals or businesses that a person knows, but which are actually from criminal hackers. The recipient is fooled into resetting a password on the account, enabling the hackers to extract credit card and bank account numbers, passwords, and other personal or financial information.

This appears to be what happened in the case of Clinton campaign chairman Podesta.

“Russia’s cyber activities were intended to influence the election, erode faith in U.S. democratic institutions, sow doubt about the integrity of our electoral process, and undermine confidence in the institutions of the U.S. government,” the White House claimed. “These actions are unacceptable and will not be tolerated.”

But Obama’s “evidence” raises questions about the worth and value of the intelligence agencies that apparently provided it.

No wonder Trump wants to wait and see.

One thought on “Obama’s “Evidence” Against Russia Falls Flat”