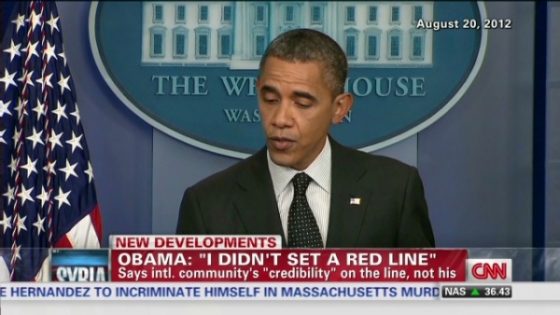 President Obama’s assertion that the Islamic State was a “JV” team demonstrates how he arrogantly ignored the possibility that this jihadist terror group could eventually threaten the United States. But what the press will not report is that President Obama is at least partially responsible for the arming of ISIS.

A recent article by Jerome Corsi of WorldNetDaily sheds further light on how former Secretary of State Hillary Clinton and President Barack Obama worked to actively arm Syrian rebels, ultimately supporting groups that would coalesce into the Islamic State.

“…[I]t’s become increasingly clear that President Obama and his secretary of state at the time, Hillary Clinton in 2011, armed the Free Syrian Army rebels in an effort to topple the regime of Bashar al-Assad, mirroring a strategy already under way in Libya to help al-Qaida-affiliated militia overthrow Moammar Gadhafi,” writes Corsi. “A consequence of the strategy was the emergence of ISIS out of the loosely coordinated Free Syrian Army coalition as well as the disastrous Benghazi attack in which a U.S. ambassador was murdered.”

In other words, Mrs. Clinton and Obama are at least partially responsible for the current Middle East chaos, the death of four brave Americans at the hands of terrorists in Benghazi, and Islamic State-inspired homegrown terrorism. In Syria, the civil war has cost 470,000 lives as of last February, according to The New York Times, a half million by most estimates today. But don’t look to the Times or other news organizations to blame President Obama or former presidential candidate Clinton for the death toll.

Corsi cites the Citizens’ Commission on Benghazi, which came to a similar conclusion in our 2016 Benghazi report, which is entitled “Betrayal in Benghazi: A Dereliction of Duty.” “It is notable, however, that [Syrian Free Army] statements from the 2012 time period complained that they were not receiving any missiles,” states our report, continuing, “it now appears that at least some of the recipients instead were jihadist units that would eventually coalesce into the Islamic State.”

Our 2014 interim report revealed that the Obama administration had switched sides in the War on Terror by arming al-Qaeda-linked rebels in Libya in a successful bid to overthrow our counterterrorism ally Muammar Qaddafi. The Obama administration, in its zeal to arm the rebels, even stymied truce talks that could have led to a peaceful transition.

And, as we wrote in our 2016 report, Ambassador Chris Stevens, then “U.S. envoy,” coordinated his efforts with Abdelhakim Belhadj, despite the latter’s connections to al-Qaeda.

“The [2014 CCB] report asserted the agenda of al-Qaida-affiliated jihadis in the region, including the Libyan Islamic Fighting Group and other Islamic terror groups represented among the rebel forces, was well known to U.S. officials responsible for Libya policy,” reports Corsi in his recent article.

Corsi notes that there was considerable lobbying to convince Washington that the Free Syrian Army (FSA) was a “moderate group.” This, he writes, was “despite clear evidence the al-Nusra Front—operating under the FSA umbrella—had been declared a terrorist organization by the State Department; had pledged allegiance to al-Qaida’s top leader, Ayman al-Zawahiri; and was the group of choice for foreign jihadi fighters pouring into Syria.” But there are still those who believe that the U.S. could have actually worked with the FSA and coalesced an effective fighting force around them, dramatically changing the course of history in that region. We’ll never know for sure.

The Obama administration has repeatedly sided with the enemies of America, from arming al-Qaeda-linked rebels abroad, to making political commitments with and providing sanctions relief for the totalitarian regime of Iran. This has been a great betrayal of American values and puts American citizens in harm’s way.

Several opinion journalists on the left have come around to acknowledging the disastrous role that the Obama administration has played in the region, particularly in Syria. As we previously reported, Nicholas Kristof of The New York Times called Syria Obama’s “worst mistake.”

Leon Wieseltier of the Brookings Institution and formerly of The New Republic offered the harshest criticism: “As a direct or indirect consequence of our refusal to respond forcefully to the Syrian crisis, we have beheld secular tyranny, religious tyranny, genocide, chemical warfare, barrel bombs and cluster bombs, the torture and murder of children, the displacement of 11 million people, the destabilization of Turkey, Lebanon and Jordan, the ascendancy of Iran in the region, the emergence of Russia as a global power, the diminishment of the American position in the world, the refugee crisis in Europe, the resurgence of fascism in Europe and a significant new threat to the security of the United States. It is amazing how much doing nothing can do, especially when it is we who do nothing.”

Secretary of State John Kerry claimed at a press briefing on Thursday that Obama’s decision not to take action after the Syrians had crossed his stated “red line” by using chemical weapons, was the right move and succeeded because the result was that all of the chemical weapons were removed from Syria without dropping a bomb. Few are buying that argument, as chemical weapons were used again in Aleppo before it fell recently to the Syrian regime, or as Russia and Syria view it, was liberated from the various terrorist groups that held its civilians as human shields in a no-win situation. 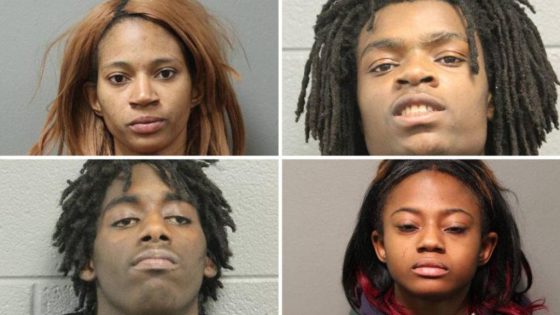 Upon hearing that 4 blacks kidnapped and tortured a disabled white man, I wanted to say to the Left (Democrats, mainstream media, Hollywood and Black Lives Matter), “Mission accomplished.” The 4 pieces of pond-scum forced their white hostage to say f*** Trump and f*** white people. http://bit.ly/2iHZDeH

Folks, make no mistake about it. While some on the Left claim to be upset, this is exactly the hate and violence they hope to generate throughout Trump’s entire presidency. A farmer does not plant corn and then is surprised when stalks of corn begin to grow. The Left has been planting seeds of racial hate and division ever since white America elected Obama. Why? Because the Left needed to be able to scream “racism” whenever anyone opposed Obama (their Trojan Horse) implementing their far-left-radical socialist/progressive agenda.

Obama irrigated fields of discord planted by the New Black Panther Party when his DOJ allowed the hate group to illegally offer a $10k bounty for George Zimmerman. http://bit.ly/2iKxi5e

Despite evidence confirming that Michael Brown was shot while attacking a police officer http://nws.mx/1roZ83z, Leftist media relentlessly nurtured the lie that the black youth was shot while surrendering with his hands up, yelling, “Don’t shoot.”

The Democrat Party doubled down using their “white-cop-murdered-Brown-lie” as fertilizer to feed their seeds of hate planted in the minds of black Americans. The Democrats despicably invited Brown’s mom to speak at their national convention. http://bit.ly/29Sr3WZ

When voters blew the Left’s mind by selecting Trump over Hillary, the Left tripled down on their sowing seeds of hate and fear, fertilizing their seeds with fowl smelling evil lies. Upon Trump winning the WH, the Left immediately hired Trump protesters to riot, paying them $1500 per week. http://bit.ly/2foXBya

How could the Left relentlessly sow seeds of fear and hate 24/7 and not expect a harvest of attacks on innocent whites and assassinations of police? Do not be fooled folks. The Left is ecstatic that they are reaping exactly what they planted; black rage and violence against cops, whites, Trump, his voters and America.

Will this horrific incident of blacks torturing a disabled white man cause the Left to abandon lying, sowing seeds of hate, fear and violence? Quite the opposite. The Left is fast and furiously seeking new ways to broadcast their seeds of destruction to greater audiences. This is the satanic evil we are dealing with folks.

All one needs to know about the Left is implementing their socialist/progressive, anti-God, anti-America and anti-traditional-values agenda trumps everything. National security, national race relations and American lives are deemed acceptable collateral damage.

Meanwhile, these evil people receive high marks for compassion. The reality is Leftists have no regard for individuals, viewing them as mere pawns for furthering their agenda. Leftists stomp the life out of anyone preventing them from shoving their evil agenda down the throats of the masses.

Now is the time to call-out the Left and defeat them.

SEGMENT 1:  Andrew Kramer, New York Times, Moscow based investigative journalist explains the hacker, troll and information war conflict between the Kremlin in Russia and the West including Ukraine. Fascinating information.

SEGMENT 2:  Dr. Martin Sherman, Founder of Israel Institute for Strategic Studies explained Israel’s political posture globally and with the two United Nations resolutions including the nuclear deal and the land for peace regarding the Palestinians.