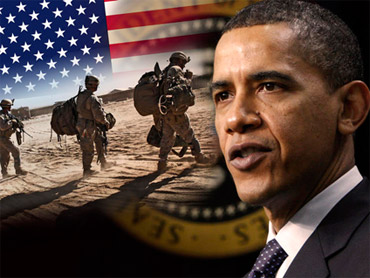 Left-wing Democrat Norman Solomon says fellow Democrats are “more interested in playing to the press gallery than speaking directly to the economic distress of voters in the Rust Belt and elsewhere who handed the presidency” to Donald J. Trump. Democrats should spend some time learning “how they’ve lost touch with working-class voters,” he says.

He is referring to how Democrats are saying what the media want to hear—that Trump was elected because of Vladimir Putin and the Russians. This was the claim first advanced by President Obama’s CIA in leaks to The Washington Post and The New York Times.

But this is not just a political dispute involving Democrats failing to understand why they lost to Trump. Solomon says “the emerging incendiary rhetoric against Russia is extremely dangerous” and “could lead to a military confrontation between two countries that each has thousands of nuclear weapons,” and which could trigger a “nuclear holocaust.”

Solomon, a former Democratic congressional candidate, says that Democrats, by “teaming up with the likes of Republican Senators John McCain (AZ) and Lindsey Graham (SC) to exert bipartisan pressure for escalation,” could help “stampede the Trump administration in reckless directions” and provoke Russia into a war.

There is no evidence that the Trump administration could be “stampeded” in that way. Trump has said repeatedly that he is not interested in a confrontation with Russia. What seems to be consuming the attention of the incoming Trump administration are the no-win wars with ISIS and al-Qaeda that Obama will leave behind, and the corruption in the Intelligence Community that has been responsible for claims that the U.S. is winning the war against radical Islam.

Trump’s new CIA director, Rep. Mike Pompeo (R-KS), is a member of the House Intelligence Committee and participated in a congressional joint task force that documented in a report how U.S. Central Command (CENTCOM) manipulated intelligence to downplay the threat from ISIS. Three months after Pompeo and his colleagues issued their report, he said that those responsible for downplaying the threat from ISIS had not yet been held accountable.

Obama, of course, was responsible for the claims that ISIS was the “JV team” and that al-Qaeda was “on the run.” He lied to the American people about progress in the war on terror.

Obama’s Defense Secretary Ashton Carter said on December 15 that ISIS was “failing” and that “the campaign to defeat the terror group in Iraq and Syria is on track.” Five days earlier, Carter had announced that 200 additional American special operations troops would be heading to Syria to liberate Raqqa, ISIS’ de facto capital in Syria. That will bring the total number of U.S. troops in Syria to 500.

Obama’s war in Syria has never been authorized by Congress.

Meanwhile, Foreign Affairs magazine has published an article demonstrating that, after a defeat and a loss of territory, “ISIS members don’t simply give up their cause or switch their allegiance; they merely change their tactics,” reforming into small units conducting insurgency campaigns.

According to the article, these terrorists operate under different flags. The authors cite the case of an ex-Iraqi policeman who fought for al-Qaeda and later emerged under the ISIS banner. It is possible, the authors say, that “insurgent group numbers will only continue to increase, as will their power.” The authors say there is little room for optimism that the Baghdad regime being supported by the U.S. will address the sectarian grievances that fuel the conflict.

ISIS has expanded into Afghanistan, where a counterterrorism official says the terrorist group is “present in at least 11 of Afghanistan’s 34 provinces.”

Reflecting the deteriorating situation, Obama’s decision that the U.S. would draw down to 5,500 troops in the country has been changed. Now, approximately 8,400 military personnel will remain at the time that Trump takes office.

Fighting terrorists isn’t the only item on the agenda. American sailors deployed in Afghanistan underwent Transgender Policy Training in Kabul on November 24. According to an official press release, sailors were told about the policy that took effect on October 1, whereby they could “begin the process to officially change their gender in the Navy administrative systems following DoD policy and in accordance to the standards delineated.”

A website reflecting the views of Christian military officers described the training this way: “The US Navy began teaching its Sailors about women thinking they’re men, and vice versa, even as they’re deployed in Afghanistan—a nation, incidentally, in which transgenders would probably be tossed in jail or executed.”

Not to worry. The official Pentagon spokesman says the Afghanistan mission also remains “on track.”