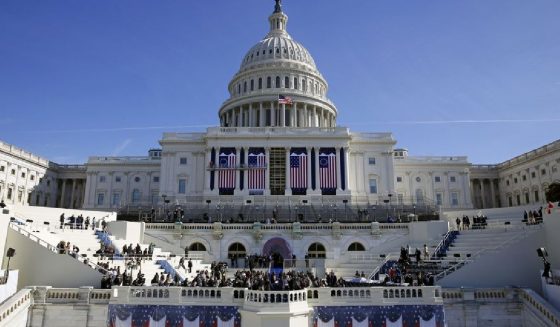 James O’Keefe and Project Veritas are at it again and this time they’ve uncovered groups in DC plotting terrorist attacks against events connected to President-elect Donald Trump’s Inauguration. The culprit showcased in this video deals with the DC Anti-Fascist Coalition. They were actively planning to hit the DeploraBall with acid ‘stink’ bombs and/or turn on the sprinkler systems to force it to end and people to run out into the cold. The undercover reporter talks with three of the die hard members of the coalition, getting them to reveal their plans and the fact that they have already scoped out the premises.

Project Veritas has turned this evidence over to the FBI, Secret Service and the police, who will hopefully take action over it. But this isn’t the only group… there are many more like #DisruptJ20 who are planning attacks this week. Plus, there are 200,000 Bikers for Trump coming into town to stand against them and work with the police and National Guard to keep the peace. Explosive is an understatement here. Project Veritas began investigating after getting numerous tips that groups were planning attacks against Trump’s Inauguration events. The hidden camera captures Colin Dunn, Luke Kuhn and Scott Green discussing aggressive and illegal activism.

An undercover video of leftists meeting in Washington, D.C., has exposed a well-advanced plot to use foul-smelling butyric acid to disrupt this week’s “Deploraball” event in honor of Donald Trump’s inauguration.

The video released by James O’Keefe’s Project Veritas showed the rabidly anti-Trump coalition already had scouted the National Press Building, and members were confident they could release acid there “with no negative consequences for our side, nor any collateral damage.”

The video exposing the plot includes statements from several members of the group DC Anti-fascist Coalition, which is allied with other far-left groups plotting to prevent Trump’s inauguration as president.

Project Veritas said the group plotted to deploy butyric acid at the National Press Club during the Deploraball event scheduled for Thursday.

“The meeting, captured on hidden camera, was held at Comet Ping Pong, a DC pizza restaurant that is better known as the location of the Pizzagate controversy,” Project Veritas said. “The coalition members discuss the steps they would need to take to halt the Deploraball event.”

“If you try to close us down we will look for your house, we will burn it,” Kuhn said in the video. That’s pretty explicit and specific. It also shows that they have declared war against Trump, Republicans and conservatives. This group is very reminiscent of the Weather Underground terrorists.

Green claimed he wanted to ruin the evening of those attending the DeploraBall, a gala hosted by Trump supporters. Kahn agreed with Green, saying, “Yeah, if you had … a pint of butyric acid, I don’t care how big the building is, its closing.” Butyric acid, which “is very efficient” and “very, very smelly,” would force attendees of the DeploraBall to evacuate the whole building, Green said. The event is set to take place at the National Press Club. The group stated that this attack could be pulled off “with no negative consequences for our side, nor any collateral damage.”

The meeting, captured on hidden camera, was held at Comet Ping Pong, a DC pizza restaurant that is better known as the location of the Pizzagate controversy. The coalition members discussed the steps they would need to take to halt the DeploraBall event. One of the activists summed up the objective: “The next four years we are going to fight Trump and everything he stands for with no quarter asked, no quarter given. No mercy of any kind.”

The group is connected to #DisruptJ20. They state online: “Join us for a bold mobilization against the inauguration of Donald Trump.” The group calls for civil resistance and they promote the carrying out of anti-DeploraBall actions.

“This event is organized by our friends the DC Anti-Fascist Coalition, their call to action: Will we let white supremacists, rape-culture sexists, and fascists celebrate hate in our city? Absolutely not. When these people gather to promote their truly deplorable ways, we will protest. Members of the Alt Reich are having a fancy ball, taking a smarmy victory lap through our DC streets to celebrate their sexual assaulter in chief, Donald Trump. …. We are outraged that this group, the worst of the worst, is being hosted by the National Press Club. These deplorables have demonstrated they care nothing for truth, will harass and abuse to get their way, and wait for Donald Trump to come down hard on immigrants, Muslims, people of color, women, and the left. We must stand for a world of diversity and equity. We must stand for a world based on love and justice, not fear. We must stand for a celebration of each other’s differences, not segregation and ignorance. We must stand against racism, Islamophobia, sexism, and all forms of oppression. We call on people of conscience to protest and help send a message to the Trump Administration and his followers: We are better than this, and we will never accept this hate in our nation’s capital.”

The coalition’s goal for the ball is to ruin their outfits or make it impossible to conduct the ball and/or stay in the building. These plans should be viewed as potential hate crimes and terrorist attacks. Project Veritas’ next video will deal directly with #DisruptJ20. You can read here about Trevor Loudon’s excellent undercover work and research as well. There will be a huge media presence at the DeploraBall and other Inauguration events, as well as heightened security. 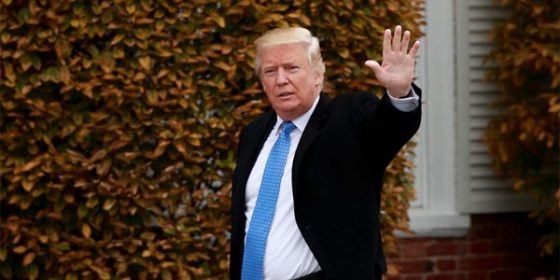 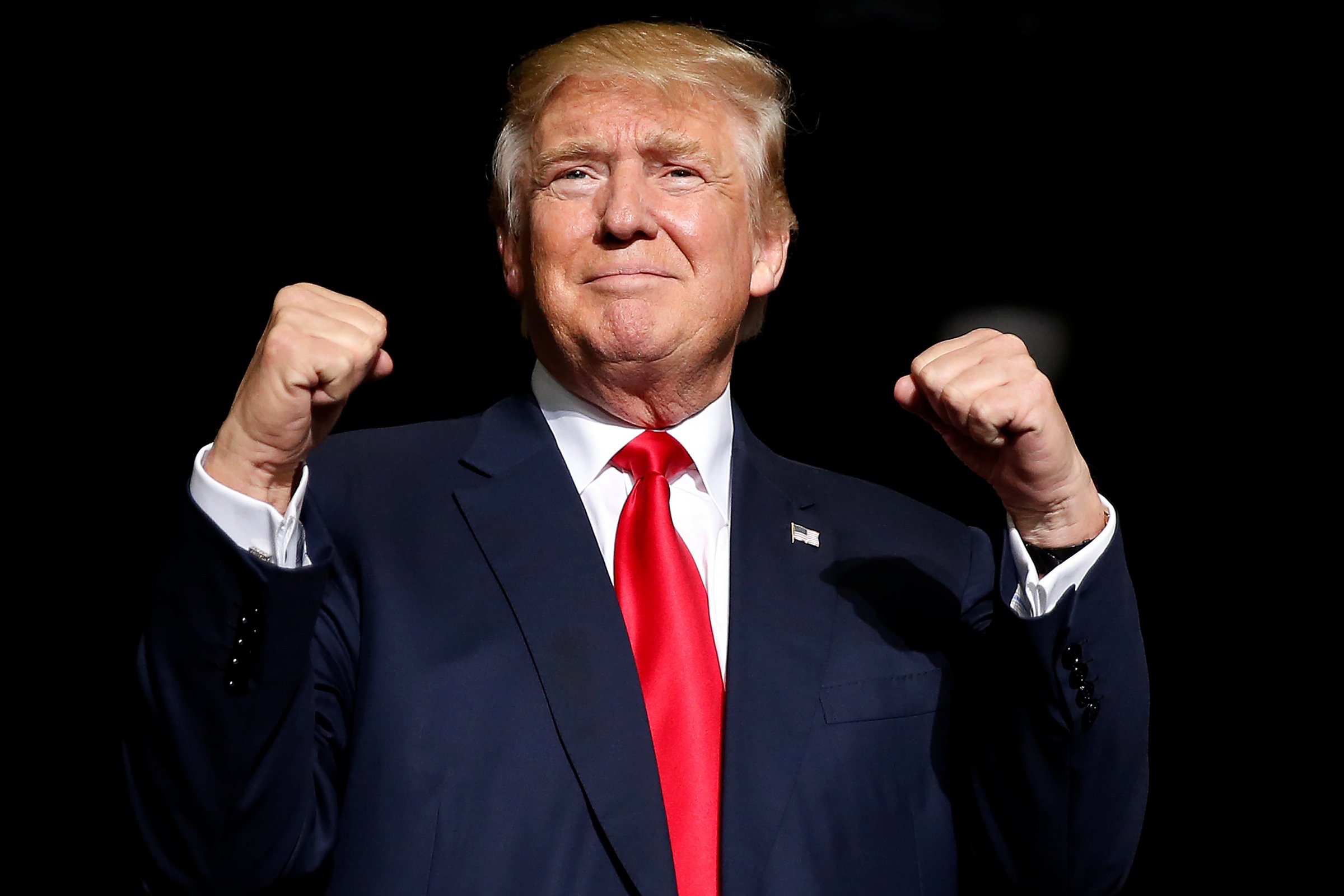 Trump’s Inauguration is less than a week away. While president elect Trump appears to be extraordinarily strong dealing with the tsunami of 24/7 vitriol launched at him from the Left and Washington establishment, he is still a human being.

The Bible says when Moses grew tired, “Aaron and Hur held his hands up–one on one side, one on the other–so that his hands remained steady till sunset.”

Folks, it is extremely crucial that we hold Trump’s hands up through Inauguration day. The Left is incensed over the prospect of Trump emancipating us from their 8 years of dictatorial slavery. As delusional as this sounds, the Left hopes to block Trump from being sworn in as the 45th president of the United States.

Joseph Goebbels said, “If you tell a big lie enough and keep repeating it, people will eventually come to believe it.” The Left is relentlessly repeating their huge lie that the Russians hacked the election. They want Americans to believe Russia tampered with the vote count, stealing the election from Hillary. The Left’s lie is absurd. http://bit.ly/2jc9O9r

Concluding that no gutter tactic is too low to stop Trump, CNN and BuzzFeed partnered in promoting an unverified bogus claim that Trump hired prostitutes to urinate on a hotel bed slept in by Michelle and Obama. http://bit.ly/2jw9LF2 Yes folks, this is how disgusting and evil the Left’s insanity to block Trump has become.

As I said, at the heart of the Left’s panic, fear and rage is the prospect of Americans liberated from 8 years of Leftists forcing their far-left radical, anti-God, anti-America and anti-traditional values agenda down our throats.

Pray for our president folks. Let’s all join together and hold his hands up high.