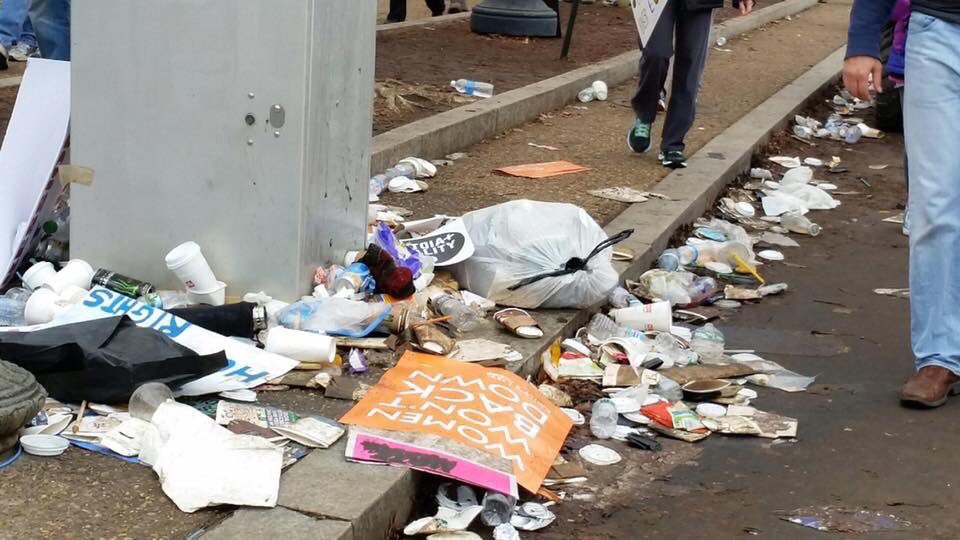 Trash left behind at the Women’s March via Twitter

One of the many radical groups who sponsored the anti-Free Market, anti-Trump temper tantrum thinly disguised as a “Women’s March” the day after the inauguration of President Donald Trump was the Communist Party USA, whose organization was unapologetically featured at the Women’s March website as a “partner” of the march.

While the New York Times asks “what’s next” after the “success of the Women’s March,” but fails to mention the radical nature of the organizers, as usual.

Other associated groups include the Human Rights Campaign (co-founded by accused pedophile Terry Bean and responsible for the template used to push the ‘bathroom bills’ across America), Planned Parenthood, Americans for Democratic Action, Democratic Socialists of America, Demos, NARAL, EMILY’s List, and many, many others.