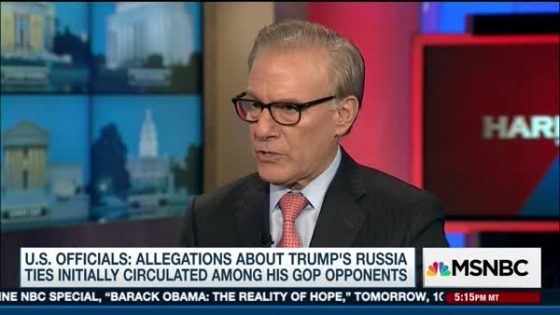 President Trump gave a good speech on Tuesday night, but his presidency is still hanging by a thread. Attorney Larry Klayman says an “alternative government” in the intelligence community continues to target him. “These intelligence agencies are more powerful than the president himself,” Klayman said on the Fox Business Network. “They have the ability to blackmail people in this administration to the point that the American people’s interests are going to be subverted.”

Klayman, the founder of Freedom Watch, said, “How can he [President Trump] represent the interests of the American people when he knows the NSA is likely wiretapping everything he says with foreign leaders and everyone else?”

It may seem like ancient history, but the media used to be concerned about surveillance of American citizens by U.S. intelligence and law enforcement agencies. After President Trump was elected, such concern suddenly disappeared. In fact, the media became the recipients of illegal leaks of private conversations by Trump administration officials. One such leak forced the resignation of national security adviser Michael T. Flynn.

Claude Barfield, a resident scholar at the American Enterprise Institute (AEI), writes that there was nothing improper with U.S. intelligence surveillance of phone calls to and from the Russian ambassador. However, in regard to Flynn, existing law does not permit the NSA or FBI to “listen to the communications of Americans who may be caught in…eavesdropping.”

The allegation that Flynn violated “the ancient 18th century Logan Act that forbids diplomatic activity by private U.S. citizens is no longer relevant, according to almost all legal experts,” notes Barfield. So the wiretaps could not be justified on that flimsy basis.

Flynn was forced out on the equally spurious grounds that he forgot to tell Vice President Mike Pence about elements of the conversations he had with the Russian official.

Barfield says that “a criminal—and certainly civil rights—violation did occur with the public leaks of the details of his conversations with the foreign ambassador from someone (or some persons) in the intelligence community.” The leak violated the Espionage Act, which makes intentional disclosure of classified “communications intelligence activities” a felony. What’s more, citing Timothy H. Edgar of Brown University, it is also a crime for national security officials “to leverage legitimate foreign intelligence collection to reveal public information in order to damage [an] individual they do not believe should serve.”

It is well-known that Flynn’s appointment as national security adviser was opposed by elements in the intelligence community, especially the CIA.

Edgar writes that “Flynn himself may be the first victim of civil liberties abuse during the Trump administration.” He says, “If officials had concerns about Flynn, the law requires they lodge those complaints through the system and not through leaks.”

This means that some intelligence officials viewed Flynn as a threat and wanted him out, using any means possible.

Edgar suggests that Flynn call the ACLU for legal help, but a far better course of action would be to call litigator Larry Klayman, who says it’s clear that “the NSA is spying on the President, his White House, and the administration in general.”

Klayman believes that “loyalists to former President Barack Hussein Obama, Hillary Clinton, and their leftist comrades” are behind the illegal surveillance.

Former Congressman Pete Hoekstra (R-MI) told Newsmax TV that the NSA “can collect on the Russian embassy, no problem,” but that “when they collect on an American, whether it’s here in the United States or when we collect inadvertently on an American overseas, that information immediately should be what we call minimized. The name should be taken away.”

“Hoekstra explained that a court order must be granted in order to receive permission to release the name of any American captured by the NSA’s spying techniques,” the Newsmax story said.

Rather than be minimized or eliminated, the name was illegally leaked to Washington Post columnist David Ignatius. We discussed this sequence of events in the column, “Why the CIA Wants to Destroy Flynn.” Ignatius quoted “a senior U.S. government official” as the source of the information about Flynn.

During his appearance on the Fox Business Channel, Klayman discussed this illegal surveillance and offered to represent Flynn in a legal action. He repeated his claim that the intelligence community was engaged in illegal surveillance not only of Flynn but of other Trump officials, including the President himself.

Klayman has asked for an emergency hearing on this matter from Judge Richard Leon, who had previously ruled in Klayman’s favor in a lawsuit against NSA surveillance. He said the evidence suggests the existence of an “alternative government,” based in the intelligence community, which is more powerful than elected officials.

On the same program, a clip was played of Rep. Devin Nunes (R-CA), chairman of the House Intelligence Committee, saying that the Flynn case represented an abuse of authority. He said that Flynn had his telephone call listened to by the government and leaked to the press, and that if this had happened to a member of the Obama administration, “you can imagine the Democrats in the House and Senate would be going crazy…”

Nunes said that, in order for the intelligence community to listen to an American such as Flynn, a special warrant is required. “I am quite sure this wasn’t done in this case,” he said.

The official bio for Ignatius mentions that he covered the CIA when he worked for The Wall Street Journal.

At the Post, Ignatius has expressed concern about whether Obama CIA director John Brennan’s “modernization” of the agency will survive Trump. “After interviewing several dozen CIA officers and veterans over the past several months,” Ignatius wrote, “my conclusion is that Brennan’s reforms should continue…”

Based on stories like this, it would appear that Ignatius is more than willing, even anxious, to advertise his CIA connections.

Any investigation of what Trump calls “illegal leaks” should begin with him.