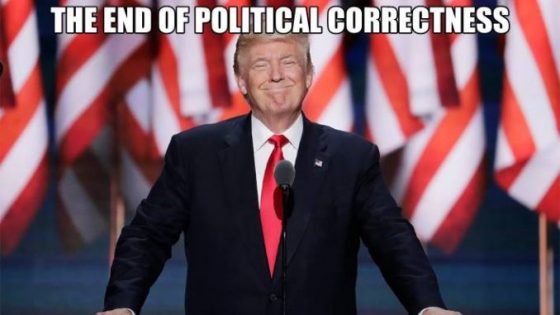 In Hans Christian Andersen’s classic fairy tale, “The Emperor’s New Clothes”, two con men came to town. The Emperor loved clothes more than anything else. The con-men convinced the Emperor to pay them a huge amount of money to weave him an outfit made with a beautiful unique fabric. They pretended to be hard at work weaving. The con men said any government official who could not see the fabric was unworthy of their office. Anyone else who could not see the fabric was simple minded. On the big day of the unveiling, the Emperor paraded through the city in his new outfit. Fearful of being thought of as unworthy of their office or simple minded, everyone raved about the Emperor’s outfit; the perfect fit, the flow of the fabric and the beautiful colors. A little boy yelled, “The Emperor is naked.”

It is the 2015 ESPN Awards. The hall is filled with the best of the best in sports. “And, the winner of the 2015 Author Ashe Courage Award is Caitlyn Jenner!” The hall erupts with applause. Everyone knows they had better pretend this is wonderful or risk losing their job, branded simple minded and a hater. A little boy is overheard, “Mommy, why is Mr Jenner dressed like a lady?” No a child did not ask such a question, but it is exactly what most in that hall were thinking.

Like the supplicants in the fairy tale, Obama and his Leftist brethren intimidated Americans into not publicly stating obvious truths. Anyone quoting the Genesis view of marriage was toast; losing their job http://bit.ly/2lOQZgV; forced into mind altering therapy http://bit.ly/2myusUj; pastors thrown from their pulpits http://bit.ly/2lOVM29 and Christians jailed. http://bit.ly/2lOTcZG

And yet, showing pictures of the triple X debauchery on display in our streets during the gay pride parade will land you in big trouble.

I thought, okay, if this is beautiful, why not feature a few pictures in my article of the routine behaviors in gay pride parades; naked men simulating copulating; two men in a giant penis costume. Readers of my article thought me rude and crude for using those pictures. Thousands of people, families with children witnessed these acts live. We’re told all who do not celebrate this behavior are simple minded and haters. Meanwhile, I caught heck for merely showing pictures of the wonderful event the federal government was mandating that Americans celebrate.

That is how the Left’s game is played. They (fake news media, democrats and Hollywood) paint a beautiful picture of their non-mainstream stance on an issue. Then, they bully us, attacking us as haters whenever we dare to tell the truth or show pictures.

Leftists celebrate abortion as a woman’s right even as late as the day of the baby’s birth. Meanwhile, they claim we hate women if we dare to tell the truth or show pictures. Leftist hate ultrasound and pictures confirming that it is a baby inside the mother. Fox News blocked Matt Drudge from posting a picture of a 21-week-old unborn child reaching its hand out of the womb during a rare operation. Drudge wanted to show its humanity. http://bit.ly/2mulNAU

Partial birth abortion http://bit.ly/1TQAslN is when the abortionist delivers the entire body except for the baby’s head. The abortionist inserts scissors into the back of the baby’s head to kill it. I realize that sounds horrible folks, but it is the truth. Leftists help PP hide these repulsive truths from the masses. If the public saw it, they would be sick and outraged. Over the years, I have noticed that rabid pro-abortion Leftists are outraged whenever someone harms a puppy.

As I said, Leftists are angered by any image confirming that the mother is carrying a baby. Doritos caught heck from Leftists for their Superbowl ad which featured a fetus in ultrasound imaging reacting to its father eating Doritos. http://bit.ly/2mu4EaA Leftists hate ultrasound because when mothers see the truth that its a baby rather than an “unviable tissue mass”, they usually choose life.

Then, there is the black thing. Leftists say you had better not tell the truth about why blacks are suffering in cities controlled by democrats http://bit.ly/2bFUj4T; generational poverty; epidemic school dropouts; high out of wedlock births, over 70% fatherless households; high unemployment and record-breaking black-on-black crime.

All this black suffering is the result of Democrats pardoning blacks of all personal responsibility for their lives. Democrats claim all issues plaguing blacks are the fault of white racist America. This Leftist poisonous lie robs blacks of their personal power by placing their success or failure in the hands of someone other than themselves. Leftists hate this truth. America is the greatest land of opportunity on the planet for all who choose to go for it! Period.

Despicably, Leftists lie claiming cops routinely murder blacks. The truth is blacks are killing each other to the tune of 20, 30 and 40 every weekend in cities like Chicago and Baltimore http://bit.ly/1LFSb6D, controlled by democrats for decades.

But Leftists forbid us from telling the truth about black lives. Doesn’t common sense suggest that if Leftists truly cared about black lives, they would relish an honest discussion? Leftists high-tech crucified white TV commentator Bill O’Reilly for compassionately daring to address the real reasons why blacks are suffering. http://bit.ly/2mdGlvz For years, I am routinely excoriated, called an Uncle Tom and a traitor to my race for simply stating truths; petitioning blacks to assume responsibility which equals real black empowerment.

Since Trump’s election, I sense a new positive vibe rapidly spreading across America. I believe Americans are feeling free to speak truth again.

Where to? Today can be a significant day given the Netherlands referendum, the Fed meeting and the continued diplomatic issues between two NATO allies — The Netherlands and Turkey.

Regarding Fed policy, the markets are expecting a 0.25% increase in the fed funds rate and have fully discounted an additional 0.50% increase by year end. Will FRB Chair Yellen suggest policy that may become more hawkish during the press conference? Yes, if the data suggests that such policy is appropriate.

What are the odds of such? Many times I have mentioned surging consumer and small business sentiment. Yesterday, Bloomberg reported that optimism from CEOs jumped by the greatest amount since the end of 2009. I think this is significant.

According to Bloomberg, these leviathans are encouraged by Trump’s plays: cutting taxes, reducing regulations and investing in infrastructure. Jamie Dimon, CEO of JP Morgan, stated the animal spirits after being caged for the past eight years have been released.

Several times during the campaign, I referenced a NYT article indicating not a single CEO of an S & P 100 company endorsed Donald Trump. Have attitudes changed?

If so, and if sentiment continues to remain robust by both the consumer and small business owners, I would expect more hawkish comments by the FRB Chair in the intermediate future.

What will happen today? Will trading be muted until the 200 PM Fed announcement?

The Dow should open nominally higher. Oil is up about 2% on an unexpected drawdown in inventories. The 10-year is up 5/32 to yield 2.58%.