Equities, led by the financials and technologies, fell by the greatest amount since October 11th over concerns that the Trump agenda may become stalled. House Republicans warned failure to a pass a healthcare bill could imperil tax and spending reforms.

Such delays and politicking should be expected, especially with an agenda as radical as Trump’s that wants to greatly reduce the size of the administrative state.

Most would agree the markets are over extended and profit taking should be expected at any juncture. The question at hand is will this profit taking morph into something of more significance?

I am concerned that the 10-year Treasury yields considerably more than the S & P 500 dividend yield. I am also concerned about the intense concentration of funds in a handful of names, the result of ETFs. I am also fearful about technology/algorithmic based trading that can cause great short term volatility.

However, consumer and business sentiment has not waned, monetary velocity is accelerating and outside of a handful of widely owned names, valuations are reasonable.

For a myriad of reasons I believe growth will surprise on the upside, partially the result of an increase in monetary velocity and rising home values. This will in turn support Main Street over Wall Street with the smaller capitalized names outperforming the mega capitalized growth issues, a nomenclature in itself is oxymoronic.

Because of the above backdrop, I think monetary policy will evolve into a more hawkish stance, the first such evolution in over 10 years.

All of the above should support the vast majority of names not mentioned a gazillion times a day in the financial media. Will this view materialize? Unfortunately, only history can answer this question.

The Dow should open nominally lower as questions are arising as to whether or not President Trump can enact his pro-growth policies. As stated above, such uncertainty should be expected given his plans to gut the proverbial administrative state, a gutting that has a high probability of being met with great bureaucratic resistance. The 10-year is up 3/32 to yield 2.41%.

Geopolitical expert Jeff Nyquist talks with Cliff Kincaid about whether Trump can “drain the swamp” before the swamp swallows and takes him down. Nyqust analyses how the communists in the Democratic Party and Russia are working together, not in opposition. Will FBI Director James Comey charge Trump or his associates with being Russian agents? Why is Trump pouring more U.S. troops into Syria and Afghanistan? Can Europe survive with a Russian agent (Angela Merkel) running Germany? 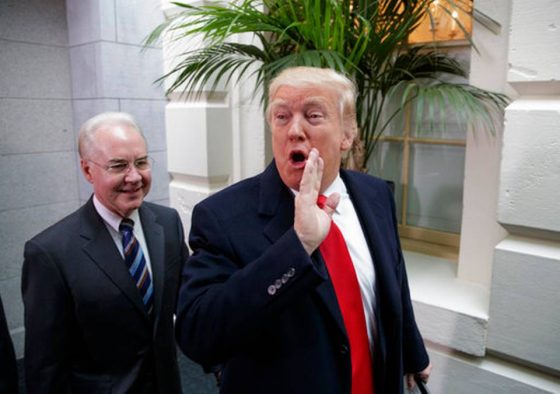