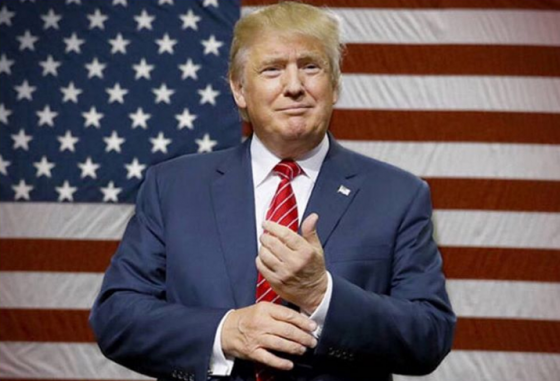 The Left continues to relentlessly promote their lie that Trump stole the election by scheming with the Russians. Their goal is to get enough people believing Trump’s presidency is illegitimate that they can impeach him.

Folks, these people on the Left and GOP establishment still do not understand what they are dealing with. I can only imagine the fallout of reversing the will of the American people by impeaching their president. I realize I sound like a broken record repeating myself, but Trump is a phenomenon like nothing we have seen before.

A year ago, I traveled state to state campaigning for Ted Cruz. My team and I stood on street corners waving Cruz signs. Numerous obnoxious people drove by us screaming, “T-R-U-M-P-P-P!!!” Never have I seen such passion for a candidate.

Our team traveled through the heartland in an SUV. We saw “TRUMP” painted on the side of barns and rooftops; “Trump/Pence” billboards; countless hand painted “Trump” signs and a gazillion official blue and white “Trump” yard signs. Clearly, something unique was happening.

Then there were the remarkable unprecedented crowds at Trump rallies. I shared how I was given VIP passes for a Trump rally in Daytona Beach Florida. I was told the rally was at 3pm and the doors opened at 9am. I thought, “Why would the doors open at 9 for a 3 o’clock rally?” I arrived at 2pm and was blown away. I had to park 5 blocks away from the convention center. Streets were blocked off with people in orange vests waving cars away. Despite my VIP pass, I could not get in. There were thousands outside the filled to capacity convention center. I thought what on earth is going on? I also could not miss the broad mix of people there excited about Trump. By the way, Trump is still drawing remarkable crowds.

Another first I noticed was supermarket tabloids trashing a democrat with headlines like, “Crooked Hillary.” Trump’s TV show was on for 11 years. Millions knew he was about winning and getting things done.

Even in the conservative circles in which I functioned as an activist, all I heard was Trump is a rude crude clown who will be humiliated by Hillary. I believed they were wrong. While mainstream media and political experts viewed Trump as the not-ready-for-prime-time candidate, the American people obvious saw something different.

Americans saw a straight-talking non-political-speak guy who understood their frustration with nonsensical liberal governing; ignoring our borders, ignoring our Constitution, the Obamacare fiasco, rewarding our enemies and purposely orchestrating the decline of our country.

When my guy, Ted Cruz dropped out of the race, I immediately jumped aboard the Trump Train. http://bit.ly/2nILInB Why? Because I knew Hillary in power would be a nightmare; continuing Obama’s putting America last; using government to bully Americans – forcing the far-left-radical agenda down our throats.

Little did I know then that Trump would prove to be God’s perfect choice for such a time as this. While I love Cruz, I do not believe Cruz or any pro-politician could successfully take on Washington, challenging the status quo the way Trump is doing.

The arrogant fake news media had a cow over Trump’s press secretary Sean Spicer boldly confronting their lies, distortions and blatant hypocrisy. http://read.bi/2o0fXqo“Oh, how rude! This Trump Administration is so uncouth!”

Meanwhile, the American people are standing up and cheering. “It’s about time someone got into these jerks’ faces, calling them out!” As I said, mainstream media and political establishment simply do not know who and what they are dealing with.

To this day, I suspect some politically sophisticated conservatives are so embarrassed by Trump and protective of the political status quo that they secretly wish Hillary won and hope Trump is impeached. It amazes me that anti-Trump conservatives and Republicans do not realize the bullet in the heart of freedom America dodged by choosing Trump.

I spoke and sang at one of the national “March 4 Trump” rallies in Orlando. Trump-mania is as high as ever. Attendees were happy, excited, upbeat, enthusiastic and highly motivated in their support for our new president.

Clearly, we are engaged in an epic battle: The fake news media, Hollywood and Washington DC establishment verses Trump and We the People. I cannot imagine the American people tolerating the impeachment of Trump, their president.

Lloyd Marcus, The Unhyphenated American
Author: “Confessions of a Black Conservative: How the Left has shattered the dreams of Martin Luther King, Jr. and Black America.”
Singer/Songwriter and Conservative Activist
[email protected]

One thought on “Impeach Trump? I Don’t Think So”