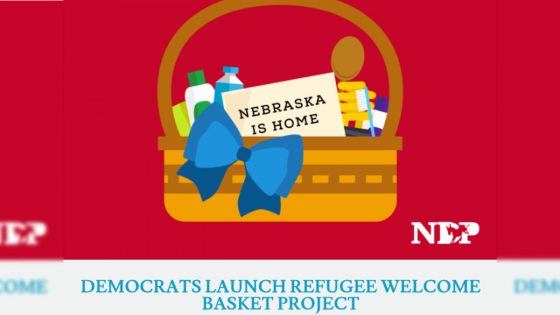 Say it with me now… VOTER FRAUD. In Nebraska, Democrats are giving refugees gift baskets that include all kinds of nifty items – such as voter registration forms. A refugee cannot legally vote in the US, but that isn’t stopping the Nebraska Democratic Party from pushing voter fraud as refugees arrive in the Cornhusker State. Nebraska Democratic Party [NDP] chairwoman Jane Kleeb is just gushing and proud as punch in the video below. She’s giddy over breaking the law. How typical.

Over 50 gift baskets were collected for refugees and filled to overflowing with diapers, toilet paper, linen and food. But right on top is that voter registration form. I wouldn’t be surprised if ‘Democrat’ wasn’t already checked off for them. What shocked me is her claim that Nebraska now takes in more refugees than any state in the union. Remember, President Trump’s travel ban is having issues at the moment. I would have thought Nebraskans had more sense than this, but evidently not.

The video, posted Saturday March 18, discusses the details of the “Refugee Welcome Basket” project and was recorded at the Nebraska Democratic Party’s Spring Meeting.

“Nebraska has, and welcomes the most refugees and immigrants on a per-capita basis,” Kleeb explains in the video as she describes the workshops set up by the NDP. The state welcomed 1,441 refugees, or 76 per 100,000 Nebraskans, between October 2015 and September 2016, according to a report by the Omaha World-Herald.

“When [President Trump] put in his racist travel ban we put out a call to action to Democrats across the state saying ‘help us create welcome baskets for refugee and immigrant families who are making Nebraska their home,’” she says.

Kleeb on the welcome baskets: “We made sure that we had individuals write a little note to the families. And that inside each basket there’s also a letter from the Nebraska Democratic Party welcoming the family to Nebraska. It’s signed by me as chair of the party. And then we include a sticker in there for them to put on their car. It also includes a voter registration form.” Do tell… I’m not sure why they need a sticker for a car they don’t have and can’t afford, but I’m positive the voter registration form is to encourage voter fraud and Kleeb seemingly has no problem with that.

The Conservative Review lays out the law here: “The inclusion of a voter registration form in a ‘welcome’ gift basket designed for refugee families is eyebrow-raising. Individuals with refugee status in the United States are only allowed to naturalize after they spend a minimum of five years in the U.S. and obtain permanent residence (a green card).” When Kleeb was cornered by Conservative Review on her knowledge that refugees are not allowed to vote, she responded with, “I’m not sure.” Right… anyone who believes that is brain dead.

Kleeb unintentionally spelled out the truth of the actions of NDP when asked why they are giving refugees voter registration forms… “That’s just what Democrats do.” Yes, it is and that’s the problem. 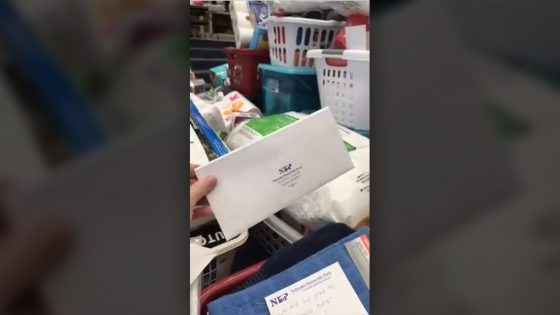