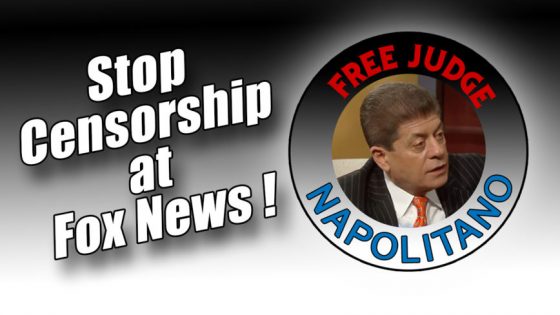 BuzzFeed, described by Wikipedia as “a liberal American internet media company based in New York City,” is in the “donor spotlight” at the national news museum in Washington, D.C., known as the Newseum. The “honor” demonstrates how the media have changed and how low they have sunk.

A virtual property of Comcast Corp.’s NBCUniversal, BuzzFeed has been a cog in the anti-Trump media machine.

The “donor spotlight” designation is strangely appropriate, since BuzzFeed disclosed the so-called “Trump Dossier” used by the intelligence community to smear President Trump. “The allegations are unverified, and the report contains errors,” the social media site acknowledged while spreading the dubious claims.

By contrast, the John Peter Zenger exhibit located in the Newseum highlights a printer whose publication used the weapon of truth. The Newseum tells us, “German immigrant John Peter Zenger became a free-press hero before there was a First Amendment. On Nov. 17, 1734, the newspaper publisher was jailed for printing truthful articles in his New-York Weekly Journal accusing British Colonial governor William Cosby of being corrupt.”

The “Trump Dossier” released by BuzzFeed was concocted by a former British intelligence agent, and turned over to James Comey’s FBI. Around that time, in July of 2016, notes columnist Lawrence Sellin, the FBI launched its investigation of the unproven connections between the Trump campaign and the Russians. Comey told Congress that the Bureau has been actively investigating possible links between the Trump campaign and the Kremlin since “late July” of 2016.

“What a coincidence,” writes Sellin, a retired colonel with 29 years of service in the U.S. Army Reserve and a veteran of Afghanistan and Iraq. This means that “the FBI investigation was based on highly questionable evidence” for which former British intelligence officer Christopher Steele reportedly “paid intermediaries who in turn paid sources for the information he used in the report.” In other words, he says, they were third-hand rumors from unidentified individuals. Sellin adds, “Remarkably, along with Trump’s political opponents, the Obama-Comey FBI planned to pay Steele to continue his work.”

The British link is significant. While Fox News commentator Judge Andrew Napolitano has been suspended for suggesting that the British NSA, known as GCHQ, had access to the surveillance information used against Trump, the two organizations do in fact have a history of working closely together.

This is shaping up as an example of how the Deep State operates, writes Sellin. In this case, intelligence arrangements are made “that open the possibility for government officials to skirt inconvenient national laws in order to surveil citizens and then use the products of that surveillance for political purposes.”

For raising necessary questions about this arrangement, Napolitano was reportedly banned from Fox News. He is the modern-day John Peter Zenger. However, his March 16 column, “Did Obama Spy on Trump?” is still on his website and looks increasingly relevant every day that passes.

This has been a major black mark for Fox News. Still, Fox News personalities like Sean Hannity are trying to cover the deepening scandal involving Obama administration surveillance of Trump and his associates.

The role that has been played by Comcast and its properties in the anti-Trump campaign is a teachable moment that allows us to reflect on the meaning of the First Amendment and how modern media have left behind the legacy of John Peter Zenger.

In contrast to Zenger, who used the weapon of truth against public officials, BuzzFeed used lies that were apparently devised for partisan political purposes by a foreign operative.

Referring to Comcast and others, Trump adviser Peter Navarro said during the campaign, “Donald Trump will break up the new media conglomerate oligopolies that have gained enormous control over our information, intrude into our personal lives, and in this election, are attempting to unduly influence America’s political process.”

BuzzFeed has been forced to apologize to one of those named in the Trump Dossier, in preparation for a suit filed against them.

By contrast, Zenger was found not guilty of seditious libel after his attorney, Alexander Hamilton, said, “It is not the cause of one poor printer, but the cause of liberty.”

Rather than being given a distinction as a valued donor, perhaps an exhibit in the Newseum should highlight BuzzFeed as an example of the politically-correct corporate media that today makes a mockery of First Amendment values.

At the same time, the Newseum should consider embracing the cause of freeing Judge Napolitano.

There’s no money in doing so. It would just be the right thing to do. It would be a reaffirmation of First Amendment values.