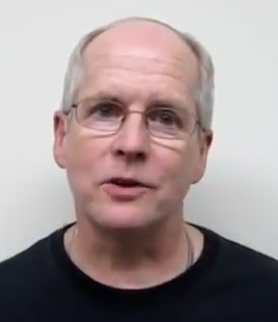 Tom Tilden, is 2nd Associate-chair of the Nebraska Democratic Party. A position he won in 2016. He is also a Marxist, a leader of the recently founded Omaha Democratic Socialists of America.

Tom Tilden, a longtime activist in Omaha, was one of the key Sanders grassroots leaders in Nebraska. After some encouragement from the Progressive Democrats of America, Tom Tilden, is among those Democratic Socialists of America members setting up shop for socialism deep in Trump country. Tilden is a DSA veteran, having joined when he lived in Chicago in the late ’80s. But when he moved to Nebraska in 1993, Tilden says, he didn’t consider starting a new chapter there, though he remained a member of the national organization. When people talk about “the Left” in conservative Nebraska, Tilden explains, they’re referring to “people in the middle of the Democratic Party leftward. ‘The Left’ is progressive. People don’t usually think in terms of socialist.”

Tilden sees potential in building institutions outside the Democratic Party, but is also a firm believer in trying to stage a takeover from the inside. This fall, he joined Keystone XL pipeline opponent Jane Kleeb on the ticket to run Nebraska’s Democratic Party. She’s now the party’s state chair. Tilden is second associate chair and has similar goals for his work in this position as he does as a local DSA organizer: Reaching working-class voters, especially those who went for Trump, but might yet be won over to the kind of anti-racist, anti-capitalist movement that DSA hopes to build. 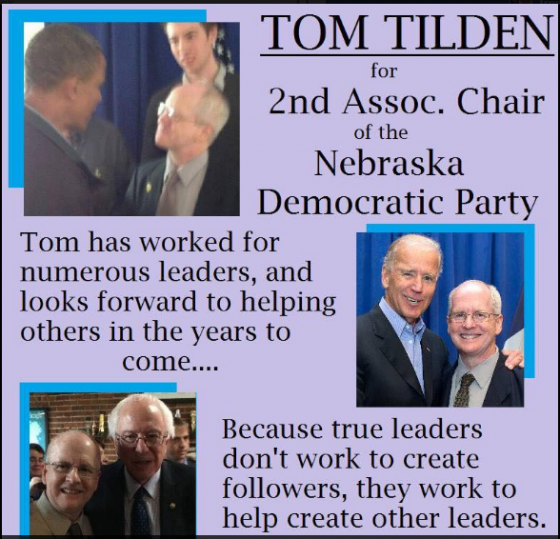 “People in rural Nebraska are more progressive than they realize,” Tilden reasons. While door-knocking during the Sanders campaign, he and other volunteers found that many rural voters took firm stands against corporate agriculture and attacks on public education. “I think once we work with them on their issue, they’ll see that the people on their side are not the Republicans.”

Bold Nebraska protesters held a rally in Omaha on January 20th, 2016 to convince senators to reject some of president-elect Trump’s cabinet picks.

The group held a rally at Sen. Deb Fischer‘s office as part of a nationwide “Day Against Denial,” calling on all 100 U.S. Senators to reject President-elect Trump’s climate-denying cabinet selections.

Those in attendance said they were fighting against Trump’s cabinet picks including Rex Tillerson, CEO of Exxon, for Secretary of State, Scott Pruitt for the EPA Administration, Ex-Gov. Rick Perry for Secretary of Energy and Rep. Ryan Zinke for the Department of Interior.

“I want to make sure the Senator knows that this is important issue and there is a lot of people who care about the climate and the choice is here are you on the side of science or are you on the side of Exxon, big energy companies, are you for them or for science? It’s one of the other,” said demonstrator Tom Tilden.

Rally goers said anyone who denies climate change shouldn’t be in the White House cabinet.