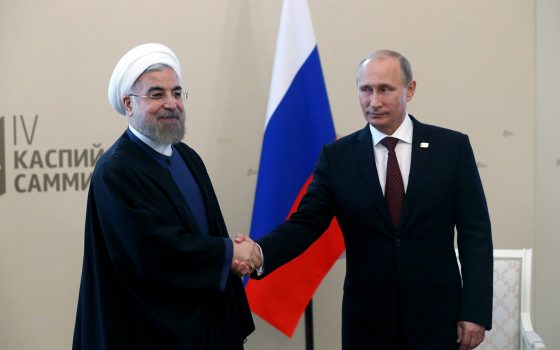 It looks like Russia and Iran are drawing their own red lines today. They are threatening deadly force if America strikes Syria again after last week’s proportional response to Assad gassing his own people. President Trump ordered the firing of 60 Tomahawk missiles at an airbase in Syria, which destroyed most of the base. The act humiliated Vladimir Putin who now feels he must step up his game. Iran went silent, which worries me… Iran and Hezbollah have their sights set on Israel and the silence indicates to me a preparation for strikes, not a backing down. “We will respond to any aggression powerfully, as Russia and Iran would never allow the U.S. to dominate the world,” read a statement issued by the Syria-Iran-Russia Joint Operations Room, a combination of forces operating on behalf of Assad in Syria. The statement was first published in Iran’s state-controlled media.

We are very close to war now and it would not take much for all out skirmishes to break out. President Trump did the right thing last week… he responded to Assad appropriately. It should have been done long ago. There is no way to avoid the coming confrontation with the New Axis of Evil: Russia, Iran, China and North Korea. Right now, we have the USS Champlain, USS Meyer and USS Murphy, along with a nuclear weapon launch submarine en route to the Korean peninsula. We also have a military presence in the South China Sea. So now we are facing military threats on at least three fronts, four if you count the Straits of Hormuz.

The command centre for the two countries and allied groups released a joint statement today saying they would ‘respond to future breaches of red lines with force’.

RUSSIA and Iran have said they will respond to further American military actions following the air strike in Syria last week.

In a joint statement, the command centre for the two countries and allied groups said: “We will respond to any aggression.”

The statement read: “What America waged in an aggression on Syria is a crossing of red lines. From now on we will respond with force to any aggressor or any breach of red lines from whoever it is and America knows our ability to respond well.”

The warning comes on the same day that:

Iranian President Hassan Rouhani strongly condemned the missile strikes as a “flagrant US aggression on Syria.” Iran is financing Assad and is a strong ally. They are interested in Syria’s seaports. Rouhani is calling for an impartial investigation into the chemical attack that killed at least 83 people. In other words, the UN, which is now populated by dictators, communists and radical Islamists. He warned that the American strikes in response risked escalating extremism in the region, reported Iranian state television. Let me translate… that means Iran will unleash even more terrorist strikes. Russia is in this for geographic control and energy resources.

In a phone call with Syrian dictator Bashar al-Assad, Rouhani told him: “Allegations that Syria launched the chemical attack were just a pretext to disrupt the Syrian peace process.” The evidence that Syria propagated the attack is overwhelming. The rebels do not have the funds or the technology to mass produce Sarin. They also don’t have a delivery system. I understand the plane that dropped the Sarin was a Russian plane outfitted for just such a move. But it could have been Syrian aircraft just as easily.

President Trump has had massive support for his military move across the planet. Israel, Saudi Arabia, the UAE, Australia, France, Germany and the EU as a whole have voiced their strong support for the missile strike.

But Assad is doubling down and is now bombing the same town he gassed. The Syrian state news agency SANA said Assad told Rouhani the Syrian people and army were “determined to crush terrorism in every part of Syrian territory” – a reference to the rebels who have been fighting his bloody rule for six years. He also thanked Rouhani for Iran’s support for “the Syrian nation.” In a speech on Sunday, Rouhani also criticized US-allied Gulf Arab states for endorsing the missile strike. He said: “Unfortunately, there are countries in our own region which encourage America’s acts of aggression.” He warned: “Your turn will come too.” We will see what develops this week… the war drums are deafening now. 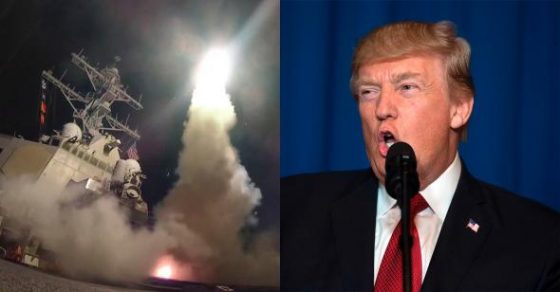 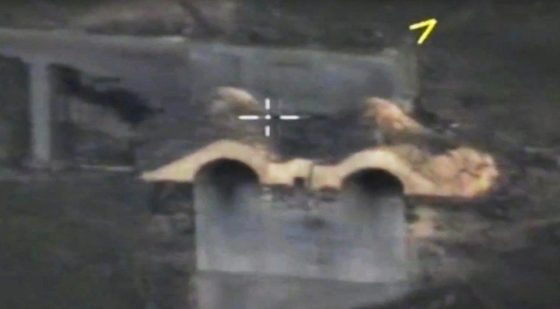 The diplomatic row was sparked by the US bombing a Syrian airbase (pictured) in response to Assad’s chemical weapon attacks. 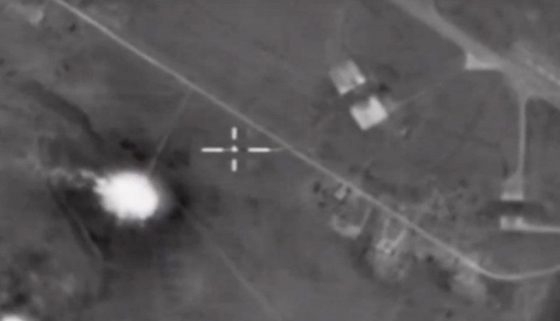 The strike was designed to warn Assad not to use chemical weapons on his citizens.