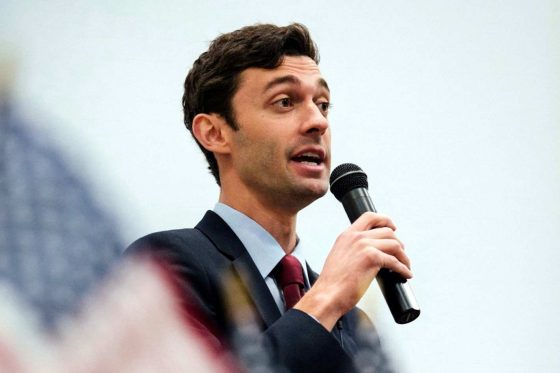 Folks, one the most despicable things about Democrats is that they always promote themselves as doing the polar opposite of their true agenda. It is disgusting and evil. Ossoff running for Congress in Georgia is a perfect example of what I am talking about.

Ossoff’s website says, “We can be a strong, prosperous, secure nation and stay true to the core American values that unite us.” Insidiously, the reality is the modern Democrat Party leadership is repulsed by traditional core American values. And yet, they are trying to pull their standard bait and switch tactic on Georgia voters. We simply cannot allow them to get away with it AGAIN!

The dirty little secret is Democrats are actively engaged in demonizing and undermining core American values such as self-reliance, hard work, making right moral choices, education and not thinking you have a right to your neighbor’s hard earned stuff. Americans are the most generous and giving people on the planet. But they object to the government confiscating their stuff and redistributing it among the lazy. And for that, Democrats call Americans mean-spirited and selfish.

Spending over $8 million dollars https://bloom.bg/2oeGC42, the Democrats are busing in operatives from Michigan, New York and North Carolina to help Ossoff in Georgia.

This is a huge deal folks. Ossoff is the face of the Left’s anti-Trump treasonous undermine America movement.

Quoting Mighty Mouse, “Here we come to save the day!” http://bit.ly/1QfdpAf

My Conservative Campaign Committee team is in route to Georgia from the west coast. Mary and I are in Florida loading up the truck to meet them in Georgia.

Our Miss Lulu will call on you to commit to doing phone-from-home calls. [email protected] Supporters need simply provide their name and email address and we will have a team member send them a phone list, script, instructions and walk them through the process.

Joe will probably send a fund-raising email asking you to kick in a few bucks. http://eepurl.com/cKqzNb

We need you to help us maximize GOP voter turnout. Because that is what the Democrats have been doing for the past several weeks; quietly investing millions into turning out Democrat “Resistance” voters to try and steal away this GOP seat.

Please help out wherever you can. This is all hands on deck folks. I am telling you folks, this battle goes beyond right vs left politics as usual. We are in an epic battle of good vs evil.

A sense of unease is in the markets. The world has changed dramatically over the past year where yesterday’s guideposts are perhaps no longer valid. The Establishment is clinging to yesterday’s status quo for power and in a desperate attempt to recover sunk costs.

At this juncture, the odds are favoring a world similar to the one that existed before globalism and multiculturalism became the primary mantra, a world that was prevalent for a vast period of “modern” history defined as since 1890. The globalist philosophy only commenced during the early 1990s, went on steroids in 2008 and perhaps began an incredible collapse starting last June.

Will economic nationalism, brinkmanship and patriotism continue to evolve and again become the dominant macroeconomic geopolitical drivers? The answer to this question is pivotal in determining the potential direction of the economy and markets.

Speaking of reversions, oil is again dictated by geopolitical issues. Crude is experiencing its longest run for gains this year as Libya’s biggest oil field suffered another outage. Even with this outage, Libya’s production is still greater than it was from 2011 through the vast majority of 2016.

The Syrian issue was an initial catalyst for the current oil advance.

For a gazillion years, any geopolitical unrest in the oil producing countries caused a spike in prices. From 2014 throughout most of 2016, any violence was largely ignored.

Commenting upon the equity markets, equities were quiet on geopolitical concerns even as oil shares advanced.

The Dow should open nervously quiet. The 10-year is up 5/32 to yield 2.35%. Oil is up again as Saudi Arabia announced that its oil production was the lowest since January, staying below the output level it pledged to maintain as part of a global deal to reduce crude supplies.

“We must unify behind Jon today and invest in his campaign like our lives depend on it.” —Rep. Stacey Abrams, Georgia Democratic House Leader

“Ossoff is the sort of progressive champion—strong on both racial justice and economic justice—who can channel that resistance energy into progressive volunteers and votes…”  Ilya Sheyman, executive director of MoveOn.org Political Action

Aggressive progressives are obsessively busing in volunteers from Michigan, Washington D.C., Maryland, New York, North Carolina and elsewhere in an effort to force a victory in Georgia’s sixth district special election for Jon Ossoff, a former intern for both Representatives John Lewis and Hank Johnson.

Using the hashtags #GA06, #FlipThe6th and #VoteYourOssoff, progressive operatives are active on social media in support of Jon Ossoff.
END_OF_DOCUMENT_TOKEN_TO_BE_REPLACED