What headlines are to be believed? As a student of history and political science, I believe I am well informed. Reading the weekend edition of the WSJ, I recognized I was grossly misinformed about the lineage of the term “American Exceptionalism.”

During the summer of 2011, I visited Mt. Rushmore. The ranger talked about Teddy Roosevelt and how he coined the term “American Exceptionalism.” I recall thinking I thought it was Roosevelt who first used this term to coin the ‘can do’ attitudes of the American society.

Wow! I was so wrong. The first person who described Americans in this manner was Joseph Stalin following the refusal of the leader of the American Communist Party to join Stalin’s party. Stalin called such a refusal the “heresy of American Exceptionalism.”

According to the Journal, the term “American Exceptionalism” was used less than 500 times in the national media prior to 1996. In 2010, the term exploded, used more than 4,000 times alone that year.

The first president to describe Americans as such was President Obama in April 2009, during a news conference in France, a news conference many believe was part of his infamous “Apology Tour.” In fact, all presidents before this point — including President Trump — abhorred this description of American society for the obvious reasons.

“American Exceptionalism” is typically pilloried by the left, believing it is a caricature and belief of the arrogant and self-righteous right.

Wow! Let’s not mess up a good story with the facts, a story that I too thought was fact, partially the result of my Mt. Rushmore tour of six years ago.

What does this have to do with the markets? Everything. The markets are moving on information deemed as fact because it is repeated a gazillion times. If it is repeated enough, it has to be true.

Last week I referenced the WSJ stating over 41% of 2017 advance in the NASDAQ is the result of five stocks. I further referenced Bespoke Investment’s research stating the narrowness of today’s market is historical, utilizing 2000 as a proxy where 50 stocks were responsible for about 60% of NASDAQ’s gain.

I have had conversations with many believing the five stocks mentioned in the Journal are “conservative.” Are they conservative because they are constantly moving up and valuations do not matter, a relentless advance I believe is the result of ETFs and other technology based trading?

This change will be painful for some and profitable for others.

What will be the catalyst? Le Penn winning next Sunday in France? Trump is able to pass regulatory or tax reform or perhaps scores a major victory on healthcare? Will it be greater than expected growth, the result of greater than forecasted job gains because of the unleashing of society’s “Animal Spirits?”

Any of the above would be more beneficial to Main Street than Wall Street.

Speaking of jobs and Wall Street, the Wall Street issues… aka the mega-capitalized technology growth issues were very strong yesterday at the expense of all other sectors. This week there are numerous employment reports ending Friday with the release of the BLS data. Will March’s negative surprise reverse itself? 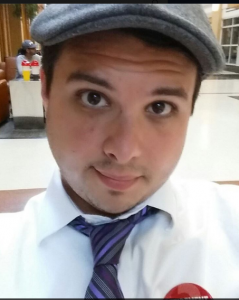 Shane Brinton is a Labor Representative with the California Nurses Association, living in Sacramento, California.

He has been an agitator ever since he was a teenager in Arcata, Northern California. He has been involved with The Placebo, Democracy Unlimited, the Tenants Union of Humboldt County, the Redwood Peace & Justice Center, Food Not Bombs and in 2004, served on the National Council of Young Communist League USA.

He also served on the collective running the YCL USA’s magazine Dynamic and spent the summer of 2005 in “Missouri with the CP and YCL working on electoral politics. We knocked on hundreds of doors and got a black socialist progressive (John L. Bowman) elected as a state rep. He ran as a progressive Democrat against a white right-wing anti-choice Democrat that was backed by the Republicans.

In 2005, Shane Brinton was a US delegate to the communist World Festival of Youth and Students in Venezuela, a gathering of 15,000 young communists and socialists.

He’s the youngest person ever to sit on the Northern Humboldt Union High School District School Board. He also worked for SEIU in Eureka, Northern California. In 2013, Shane Brinton served as mayor of his native Arcata.

In 2013, Brinton served on the California Democratic Party Central Committee.

By 2016 Shane Brinton was a member of Sacramento Democratic Socialists of America. He is even on the left wing, in that most Marxist of organizations.