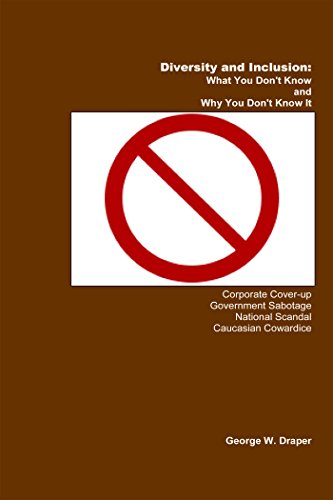 The largest cost of production is labor. The US and Western Europe are perhaps the highest wage countries, a major reason why many manufacturing facilities are “off shore.” President Trump has vowed to make American manufacturing competitive again, a tall order given the current wage structures.

In my view, he is attempting to accomplish this feat via tax reform. The reduction of the corporate tax rate to 15% from 35% will be a great step in this direction. Many countries have attempted to maintain their competitiveness via currency devaluations, which is really a zero sum game. Has the President created the next strategy?

Personally, I am in favor of tax reductions as I believe the individual/corporation is the best steward of one’s monies, not the bureaucratic administrative state where the profit motive is completely absent.

The other day, my 16 year-old son asked about 2009’s $750 billion stimulus. He commented this was equivalent to over $20 million per citizen. He was fantasizing what our family could do with over $80 million. He asked me where was the money spent, commenting that this is really “our” – the taxpayer’s money – not the government’s.

I stumbled around for an answer while at the same time acknowledging that I too have asked myself a similar question.

Earlier in the week, I remarked how I think the economy/the markets may be on the verge of a tectonic change where monies will gravitate back to the “real economy,” a transition that will increase economic activity, wages and job creation. Where Main Street vastly outperforms Wall Street, the result of tax and regulatory reform.

Numerous times I have remarked about the narrowness of the current advance where only five names are responsible for over 40% of NASDAQ’s 2017 advance, stating 2017 is 2000 on steroids.

As stated above, what will be a/the catalyst for monies entering the “real economy?” Perhaps the repeal of Obamacare, a repeal is thought to increase the odds of tax reform. Maybe it will be April’s jobs data.

It will probably be something no one has yet discussed, similar to the devaluation of the Thai Baht that ushered in the Long Term Capital Management fiasco.

Speaking of potential growth, the two day FOMC meeting ended yesterday. The Committee stated 1Q’s slowdown is only transitionary, tweaked inflation data commenting that such is “running close” to 2%, job gains that are “solid,” all of which reinforces the view of a potential interest rate increase in June.

There was little reaction to the outcome of the meeting. The Dow closed essentially flat for the day, albeit the financials were strong. The NASDAQ declined about 0.35%, perhaps the result of some much needed profit taking especially in those names that have experienced an unrelenting advance.

The Dow should open nominally higher perhaps on the prospect of an Obamacare repeal which would maybe suggest higher odds of regulatory and tax reform. The 10-year is off 5/32 to yield 2.34%.

from partyoffreedom.org.au, “The Socialist Origins of Fascism and Nazism“

While I sometimes disagree with Dennis Prager’s perceptions of certain principles and solutions, I recommend his and any honest examination of this question. Such a study reveals very harmful strategies and tactics by global collectivists (they like to say “communitarian”) elites for generations.

For more on this intentional distortion of current events, history, and political philosophy, I recommend looking into Diana West’s revelatory book, American Betrayal and the work of a very underrated hero of the Twentieth Century, Norman Dodd. These recommendations go to Mr. Prager, too.

When people describe particularly evil individuals or regimes, why is it that they use the terms “Nazi” or “fascist,” but almost never “communist?” Given the unparalleled amount of human suffering communists have caused, why is “communist” so much less a term of revulsion than “Nazi?”

Communists killed 70 million people in China, more than 20 million people in the Soviet Union (not including about 5 million Ukrainians), and almost one out of every three Cambodians. And communists enslaved entire nations in Russia, Vietnam, China, Eastern Europe, North Korea, Cuba and much of Central Asia. They ruined the lives of well over a billion people. So, why doesn’t communism have the same terrible reputation as Nazism?