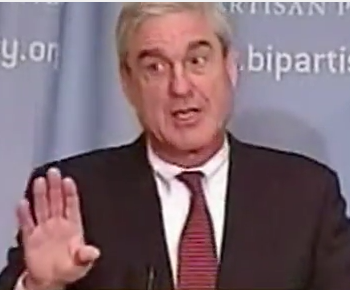 Of course, in the vast authority given him, Mueller can also investigate the misdeeds of the likes of Barack Obama and Hillary Clinton and their camps, at least during or beginning with this last campaign and pre-inaugural season. Do we think he will?

Summing up this video, as he and James Clapper assert in presser answers during a 2010 counter-terrorism seminar:

America can fight “Jihadis” as long as we never use such (Koranic) terminology anywhere they might hear it. We can also train them in FBI techniques! And we must never label Muslim Brotherhood’s stealth Jihad as what it is, since that organization, formerly designated as a terrorist or terrorist-sympathizing entity, is too big to fail among America’s Muslim population, 99.9% of which is “every bit as patriotic as” you or me!

Yeah, never mind the percentage who fund terrorism directly, to say nothing of indirectly. Don’t discredit the American patriotism of those who just happen to be faithful enough Muslims to believe in Jihad (global caliphate-building warfare) one of its most fundamental tenets. Don’t even think about the many American Muslims who believe in Sharia Law, or who refuse to denounce terrorist Hamas and Hezzbollah in Israel, or ISIS for that matter. And never mind that the most powerful leaders of Islam around the world insist that it is very much a global political endeavor, just as Mohamed, co-authors, and interpreting mullahs have laid out, in the Koran itself and its ever growing libraries of supporting materials. 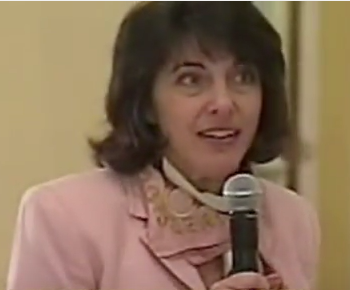 West, whom we are at times privileged to feature in Gulag, has been reminding (warning) us all about Robert Meuller since he was named White House Inquisitor yesterday.

How come we didn’t get such a headhunter for Barack Hussein Obama, by the way?

I’ll make a link for you here, to tweets with @Diana_West_ and Mueller in them. I hope you appreciate the read.

PS: Snowflakery? Snowflakistry? Snowflakidity? Should I post a Twitter poll on it? (Edit: done, please help me out here.)