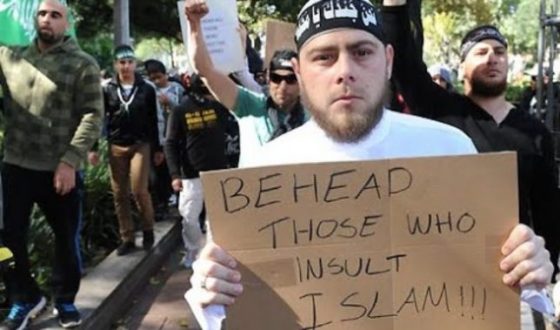 Approximately 3,000 of these are considered active threats and are being monitored or investigated, the Times of London is reporting. The remaining 20,000 either have been monitored and dropped from the list or cannot be monitored for lack of law enforcement resources. Salman Abedi, the Manchester bomber, was among the latter group. He had been investigated, but was no longer considered a threat. The same is true of Khalid Masood, the terrorist who killed five people and injured 49 in an attack on the Westminster Bridge earlier this year.

The 3,000 currently under surveillance are reportedly the subject of 500 separate investigations. MI-5, Britain’s counterpart to the FBI, does not have sufficient resources to monitor more than 3,000 at any one time. Consider that here in the U.S., the FBI currently has 2,000 ongoing investigations of jihadi terrorists, of which approximately 300 are refugees.

“The figures reveal the scale of the challenge from terrorism in the 21st century,” British security minister Ben Wallace said. “Never has it been more important to invest in intelligence-led policing.”

This underscores the importance of limiting immigration and refugee resettlement from these dangerous parts of the world. It also highlights the absurdity of the Obama-rigged court’s obstruction of Trump’s immigration policies. Joining in with the “resistance” strategy that is now official Democrat policy, these judicial activists are now literally putting American lives at risk. Despite the Manchester attack, Thursday the Democrat-packed U.S. Court of Appeals for the Fourth Circuit upheld the lower court’s block on Trump’s travel ban in a 10 to 3 decision.

One of the dissenters, Judge Dennis Shedd, wrote:

Regrettably, at the end of the day, the real losers in this case are the millions of individual Americans whose security is threatened on a daily basis by those who seek to do us harm.

To add insult to injury, despite this deadly state of affairs, the Trump State Department quietly announced on Friday that it was lifting the limits on refugee resettlement. According to a New York Times article, the decision was not based on the court decision but rather the funding made available in the FY 2017 budget bill passed earlier this month. Despite the court order, funding constraints had nonetheless forced reductions in refugee resettlement until the latest spending measure was enacted. At this point, resettlement advocates predict that weekly resettlement will double from its current average of about 830 to 1,500. This will include a significant number of Syrians and others from Middle East terrorism hotspots.

President Trump was elected largely on the strength of his promise to restore sanity to our immigration policies, build a wall, end mass illegal immigration and rein in the corrupt, dangerous, out of control refugee resettlement program.

Should Trump renege on this key promise, voters will abandon him and the GOP overall in droves. The Democrats may yet get their midterm blowout. If so, kiss the entire Trump agenda goodbye and with it all hope for the future of our nation.