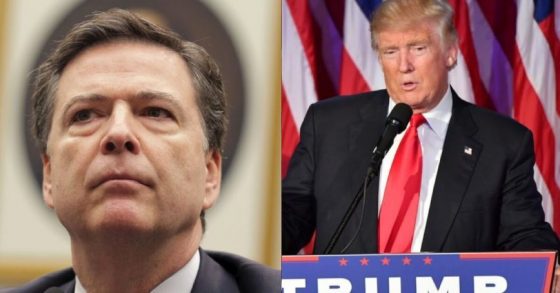 Josh Gerstein’s Politico story about the owners of a Russian bank suing BuzzFeed for publishing the “Trump Dossier” containing “unproven claims” doesn’t go far enough. These “unproven” and even disproven claims that have guided the FBI’s dead-end investigation of President Donald Trum, are one reason that former Director James Comey deserved to be fired.

The real Russian disinformation has been the notorious “Trump Dossier,” which has been serving as the “roadmap” for the FBI.

Weeks after Accuracy in Media exposed the nature of this phony document in a three-part series, “The Final Truth About the Trump Dossier,” Wall Street Journal columnist Holman W. Jenkins, Jr., has stumbled upon the truth, saying the dossier smells like a Russian plant. Our verdict was that the dossier compiled by former British intelligence agent Christopher Steele was part of a Russian effort, financed by Hillary Clinton donors, to smear Trump. That’s what the evidence shows.

In his column, “The Trump-Russia Story Starts Making Sense,” Jenkins writes that it is likely that Steele “was the semi-witting vehicle for Russian rumors designed expressly to undermine Mr. Trump…”

Thank you, Mr. Jenkins, for confirming what we have been saying all along.

So some of the “unproven claims” have been disproved and retracted.

Remember that Senator Charles Grassley (R-IA) had asked Comey about the FBI’s relationship with Steele and the dossier:

Grassley: On March 6, I wrote to you asking about the FBI’s relationship with the author of the Trump-Russia dossier, Christopher Steele. Most of these questions have not been answered, so I’m going to ask them now. Prior to the Bureau launching the investigation of alleged ties between the Trump campaign and Russia, did anyone from the FBI have interactions with Mr. Steele regarding the issue?

Comey: That’s not a question that I can answer in this forum. As you know, I—I briefed you privately on this and if there’s more that’s necessary then I’d be happy to do it privately.

Grassley: Have you ever represented to a judge that the FBI had interaction with Mr. Steele, whether by name or not, regarding alleged ties between the Trump campaign and Russia prior to the Bureau launching its investigation of the matter?

Comey: I have to give you the same answer, Mr. Chairman.

Sen. Lindsey Graham (R-SC) asked Comey about Fusion GPS, which was financed by Hillary donors and acted as an alleged foreign agent for the Russians in Washington, D.C. Fusion is reported to have financed the dossier. Mollie Hemingway of The Federalist pointed to this exchange:

Graham: Are you familiar with Fusion?

Comey: I know the name.

Graham: Are they part of the Russian intelligence apparatus?

Graham: Do you agree with me that if Fusion was involved in preparing a dossier against Donald Trump, that would be interfering in our election by the Russians?

Comey: I don’t want to say.

The media can’t bring themselves to admit that the “Trump Dossier” was also “dubious” or fake. No wonder that the May 2017 Harvard-Harris Poll found that that 65 percent of voters believe that the mainstream media contain “a lot of fake news.”

There are so many fake pieces of information that it’s hard for the public to keep up with them. And they keep coming!

Even if the story is true, there is nothing inherently wrong with such a channel.

But at the end of a long Politico story about this alleged back channel, we are told that “this latest controversy could be part of a more advanced Russian plot, especially because the Washington Post report cited intelligence reports in which Kislyak talked with his superiors about Kushner’s alleged proposal.”

A former State Department official said, “Typically, the Russian clandestine subversion specialists, being the best in the world in this demonical art form, operate in double, triple and sometimes multiple tactical plot lines.” The report that the U.S. has “intercepted a message from Kislyak to the Kremlin saying that Kushner had proposed a backchannel connection during the transition period” has to be understood in the context that “Kislyak knows perfectly well that all his communications are being intercepted by the U.S.”

Finally, we are hearing from an anonymous source who understands Soviet/Russian active measures operations.

Kislyak would know that the information would be leaked for the purposes of confusing people about the Russian role. The Post and other media lap it up, making them active participants and dupes in Russia-gate.

Even worse than manipulation of the liberal press is what has happened to the FBI.

The headline over an Opinion Journal video interview with Holman Jenkins captured the nature of the Russian operation: “How Moscow Manipulated the FBI.” That’s indeed what has happened. And you can add the CIA and the NSA to the mix.

But is it worse than that? What we now have to investigate is whether some of the leakers are in fact Russian moles in the FBI circulating this material to the press.

What we can now say with certainty is that the operation looks like a successful effort by the Russians to tie the U.S. government in knots and drain important resources away from the battle we urgently need to wage against terrorism.

However, we are now depending on a special counsel to get to the bottom of this corruption in the agency he once ran. How likely is it that Robert Mueller will blow the whistle on FBI corruption when he presided over corruption in the anthrax letters probe and got sued by an FBI agent for his mishandling of the inquiry?

It means that the Russia-gate disinformation operation will continue for months, if not years, and that an FBI director who blew one major investigation is now being entrusted to successfully conclude another.

As President Trump would say, what a waste.