Markets were generally little changed as politics and interest rates appear to dominate the conversation. Regarding interest rates, Fed Funds futures are all but guaranteeing an increase at the upcoming meeting. This outlook may change dramatically following Friday’s release of May’s employment data. I can argue if the data is considerably stronger than expected, the conversation will change to the probability of a 0.50% increase at an upcoming meeting.

Wow! Such a scenario has not been remotely discussed.

Speaking about not being discussed, until last Friday I read nothing about further production cuts from OPEC. The narrative was all about extending the status quo until December and maybe to March. To the best of my knowledge, there were no firms expecting greater production cuts.

The selloff in crude both today and Friday was blamed on the lack of further cuts in volume. Against this backdrop, if Friday’s job report surprises on the upside, perhaps the discussion of a 0.50% in the intermediate future is not as outlandish as it may appear.

And then there are politics. Like most, I do not know what to believe. Perhaps the accurate statement to make is almost the entire political establishment is against Donald Trump.

As a student of political science with an emphasis in international relations, “back channels” are necessary for realpolitik. Throughout modern history such has permitted a dialogue that in many instances may have prevented war. All administrations have utilized “back channels” and to condemn a vital and irreplaceable venue demonstrates the total ignorance of the person or group perpetuating such comments.

According to Facebook, 72% of adults receive their news via a social media, a venue that has no attribution. The potential for misrepresentation is gargantuan.

For what it is worth department, according to the polling firm FiveThirtyEight, Donald Trump has a higher rating than Bill Clinton had at this point in 1993. In early June 1993, Clinton’s approval rating was 37%. Today Trump is at 41%. Clinton tried to change the world and could not, so he changed. The economy also recovered.

Wow! Will history repeat itself?

What will happen today? In many regards, many blue-chip forecasters are extrapolating the last 8 years into eternity. 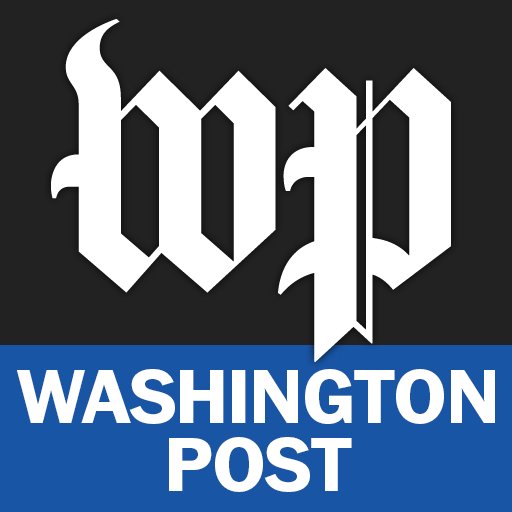 Under the Graham family, the previous owners of The Washington Post, it was always a liberal Democratic Party newspaper. Everyone knew that. Under Amazon’s Jeff Bezos, it has become a left-wing rag, running stories against the Trump administration that are so extreme as to be laughable. The paper’s descent is something to see, especially in regard to Iran’s aggressive and terroristic behavior in the Middle East.

Consider the story that ran in the print edition of the paper, “Trump’s visit to Saudi Arabia incites conflicts in Middle East, analysts say.” Who are these analysts? The only one cited is Fawaz Gerges, a professor of Middle East studies at the London School of Economics who says that the Trump visit was “related” to the “tumult” that ensued.

So the word “incites” in the title—which implies deliberate intent—becomes “related” in the article, whatever that means. And the “analysts” is just one professor who doesn’t actually make the charge of incitement.

This is a case of a Post headline going far beyond what the story actually says. The word “incites” is another way to blame Trump for anything bad that happens around the world. It was just one of many anti-Trump stories in this edition of the paper. The bias is never-ending and only seems to get worse each day.

But this story was more unusual than most, since it pins the blame on Trump for problems in the Arab/Muslim world that go back hundreds of years. Trump’s crime is supporting Sunni Saudi Arabia against Shiite Iran.

Both regimes are noxious, and the case can be made to stay out of the Middle East and let them fight it out. But Trump has come to the conclusion that Saudi Arabia has to be supported at this time because of Russia-backed Iran’s desperate pursuit of strategic nuclear weapons and its export of terrorism.

Somebody at the Post apparently realized the headline blaming Trump for incitement was a vast overstatement of what was in the story itself, so it was changed in the online edition to “By backing Saudi Arabia’s vision of the Middle East, Trump may be sowing the seeds of conflict.”

Trump was supposedly inciting the Middle East, but now his pro-Saudi stand “may” be “sowing the seeds of conflict.”

How can any self-respecting journalist write for a paper that distorts the news in such a blatant partisan fashion to make a president look bad?

Here’s the critical paragraph in the story:

“‘Donald Trump now accepts the view of Saudi Arabia as a strategic bastion in the Arab and Islamic World,’ said Fawaz Gerges, a professor of Middle East studies at the London School of Economics. And his visit was ‘related’ to the tumult that ensued, Gerges said.”

So because Trump decides to stand with Saudi Arabia against Iran, the “tumult,” which has been going on for many years, continues. And Trump is to blame for this because his visit was “related” to the “tumult.”

The Post’s reporters, Kareem Fahim and Erin Cunningham, said that “…far from uniting the region, Trump’s words had only aggravated its divides.” Since when did Trump say he intended to paper over Iran’s pursuit of terrorism and nuclear weapons for some mythical unity in the Middle East?

This is not reporting, but left-wing pro-Iranian garbage.

Indeed, Trump’s anti-Iran comments in Riyadh were “vociferous,” the Post reporters said. They quoted a senior military aide to Iran’s supreme leader as saying the U.S. weapons deal with Saudi Arabia was “an attempt to destabilize the region.”

The only thing “vociferous” was the language in the Post article that was meant to convey support for Saudi Arabia and other Sunni states as divisive and provocative.

One of my favorite paragraphs in this “news” story was this one:

“And leaders in Iran, Saudi Arabia’s principal rival, where voters earlier this month reelected a reformist president, went on the offensive, condemning Trump’s announcement of billions of dollars in weapons sales to the Saudis while revealing the existence of an underground ballistic missile facility.”

A “reformist” president is running a regime pursuing nuclear weapons. The regime went “on the offensive” by “revealing the existence of an underground ballistic missile facility.” How about using words like “destabilizing the Middle East” and providing the rationale for U.S. support for Saudi Arabia? The Post can’t say those things because they would make Trump’s visit sound sensible.

Defense News points out that Iran has missiles that can travel 1,200 miles, placing much of the Middle East, including Israel, within range.

A small item in a “News Roundup” section in the Post mentioned the Iranian development. It said, “Iran has built a third underground ballistic missile production factory, the semiofficial Fars News Agency quoted a senior commander of the elite Revolutionary Guard Corps as saying. The development is likely to fuel tensions with the United States.”

But isn’t it Trump who is causing conflict and tumult in the region?

The Post is so determined to make Trump look bad that it blames Trump for “tensions” created by the Iranian regime and its pursuit of strategic nuclear weapons.

Who is this professor quoted by the Post? Not surprisingly, he’s also a favorite of The New York Times, which noted that Gerges had appeared on an Arabic talk show before the Trump visit to Saudi Arabia and said, “Donald Trump is a ridiculous man. He’s a childish man. This man is seen in the United States as a joke, as racist, a man who has nothing, no view, no vision, no values.”

Now we know why the Post and Times quoted this professor. He thinks and talks the way they do. And even when he does not say precisely what they think about Trump, they will distort his comments to make Trump look bad. Blaming Trump for bad relations between Arab/Muslim states is ridiculous, but nothing is beyond the pale for The Washington Post.

The media go to people like Gerges because he was a supporter of the unsigned and unenforceable Obama nuclear deal with the Iranian regime that is permitting the fanatical Mullahs to develop strategic nuclear weapons. Gerges had said about the agreement, “It’s a good day for diplomacy, it’s a good day for compromise, it’s a good day for a new beginning between Iran—a pivotal state in the Middle East—and the United States.”

It’s no wonder he’s a source for the liberal media in their Trump-bashing. They are desperate to save the Obama agreement propping up Iran’s nuclear weapons program.

Jeremy Christian brutally murdered two men and wounded another who were allegedly protecting Muslim women on a train from Christian’s “racist insults,” as reported at KATU.

“Multiple witnesses told KATU the suspect was hurling racial insults at two women, at least one of whom was wearing a hijab. Police wouldn’t confirm their ages, but referred to them as ‘girls’ and ‘young women.’

Sgt. Pete Simpson with Portland Police added the suspect appeared to be acting erratically and wasn’t necessarily focused on anti-Muslim insults during the attack.”

From a distance, Jeremy Christian looked like a perfect candidate for the left’s narrative. Soon Jeremy Christian would become as much of a beloved bogeyman for the mainstream media as Dylann Roof, the “Jihadist for White Hate.” Breathless “news” articles cited Christian’s horrific attack and many tied “Trump’s rhetoric” with the violence.

But when it started to unfold that Christian is in fact an anti-Semetic Bernie Sanders supporter based on numerous Facebook posts, the mainstream media backed off of the Trump connection, only to refer to him as a “white supremacist.”

Here he chastises anyone who supported Donald Trump or Hillary Clinton:

But according to the Slate article Turkish CUNY Professor Mucahit Bilici‏ shared on Twitter, murderer Jeremy Christian is a “right wing extremist.” Mucahit Bilici‏ laments that the killings are “normalized” by “Trump’s Islamophobic rhetoric.” According to his CUNY bio, Bilici‏’s interests include “American Islam, Religion, Islamophobia…”

The Slate article, written by Daniel Politi, a self-described “Journalist” living in Argentina, also quotes Heidi Beirich of the Southern Povery Law Center as making this determination “after examining his Facebook page.”

Here is a tweet from the painfully partisan Southern Poverty Law Center:

You forgot to mention that in your article. #portlandattack #Portland pic.twitter.com/8zyjjBsCO7

And, of course, Slate:

@Slate Are you going to update your #FakeNews claiming that Bernie-supporting Jeremy Christian is a “right wing extremist?” #portlandstabbing pic.twitter.com/1HT7GaiDlD