Claiming now to be against Moscow, members of the Moscow-dominated “progressive” movement staged a “March for Truth” rally in Washington, D.C. on June 3, 2017. One speaker was Rep. Jamie Raskin, whose father’s pro-Soviet activities came under scrutiny in the 1980s. Rep. Raskin’s anti-Russian stance now is pure politics, driven by his desire to impeach President Trump. He is a complete phony.

No Probe for Bolshevik Bernie

Rep. Jamie Raskin, who claims President Trump is a Russian agent, doesn’t want to investigate Bolshevik Bernie Sanders, who went on his honeymoon to the old USSR. Raskin’s father was a co-founder of the Marxist IPS and went to the Soviet Union to undermine the presidency of Ronald Reagan. 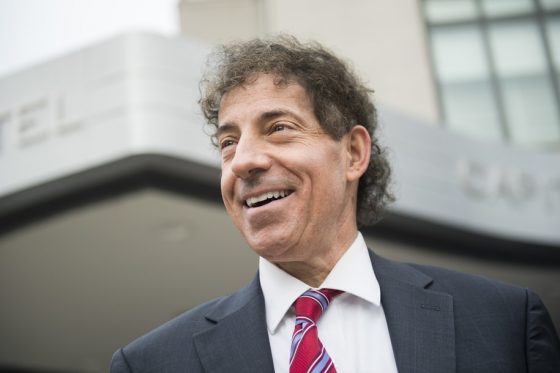 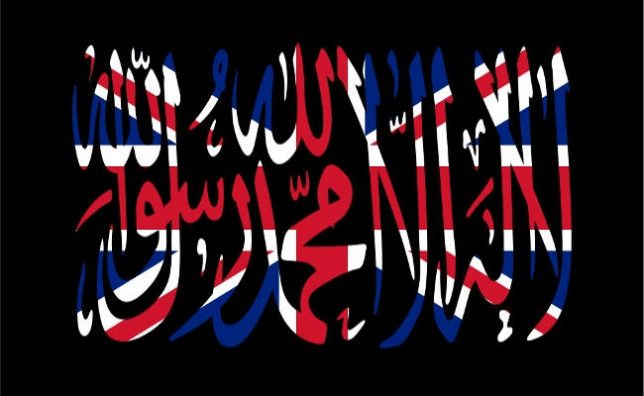 Multiple terrorist attacks were carried out in London, England, this evening, reportedly by Muslim militants. At about 10 p.m. London time (5 p.m. Eastern) a speeding van jumped onto London Bridge’s sidewalk and mowed down somewhere between 5 and 20 people. According to the latest from the Sun, five men got out of the van and began attacking people with knives. Two or three have been killed by police. At least seven innocents may be dead and another 20 hurt.

U.K. Prime Minister Theresa May said the attack “is being treated as a potential act of terrorism” and that her thoughts were with “those who are caught up in these dreadful events.”

BBC reporter Holly Jones, who was on the storied bridge that crosses the River Thames at the moment of the attack described seeing a van traveling about 50 miles per hour which then moved onto the sidewalk. “He swerved right round me and then hit about five or six people. He hit about two people in front of me and then three behind.”

The attack continued at the nearby Borough Market. One witness described the scene:

We saw people running away and then I saw a man in red with a large blade, at a guess 10 inches long, stabbing a man, about three times. It looked like the man had been trying to intervene, but there wasn’t much he could do. He was being stabbed quite coldly and he slumped to the ground.

The witness said he saw the man walk off with another. Police are reporting multiple stabbing attacks at the market. A couple inside a restaurant at the market say that three men, one with a large knife, entered the restaurant and began randomly stabbing people.

In the below video from the Telegraph, two eyewitnesses describe what they saw:

According to the BBC, another eyewitness reported one of the attackers saying, “this is for Allah.”

The incidents on London Bridge and at Borough Market have now been declared terrorist attacks by the Metropolitan Police. A third reported knife attack at Vauxhall appears to be unrelated to the others, according to police. The suspect in that attack has been arrested.

President Trump responded to the terrorist attacks on Twitter.

First he tweeted, “We need to be smart, vigilant and tough. We need the courts to give us back our rights. We need the Travel Ban as an extra level of safety!”

His follow-up tweet stated, “Whatever the United States can do to help out in London and the U.K., we will be there – WE ARE WITH YOU. GOD BLESS!”

Sadiq Khan, the Muslim mayor of London who last year said that the threat of terror attacks was “part and parcel of living in a big city,” issued a statement on the attack condemning it “in the strongest possible terms. There is no justification whatsoever for such barbaric attacks,” he said.

This is the second time in under two weeks that the general election has been disrupted by Islamic terrorism. On May 22, 22 people attending an Ariana Grande concert in Manchester were killed by a Muslim suicide bomber. The London attacks came on the eve of a concert Grande is scheduled to give in Manchester to benefit the victims of the bombing. British voters are scheduled to head to the polls on June 8.

On March 22, a British Muslim killed four people by running them over with his vehicle on Westminster Bridge. He also stabbed a police officer to death outside Parliament.

*** NoisyRoom Update: As of this morning… ten are dead, including three terrorists. 12 arrests have been made.

WHAT WE KNOW SO FAR: 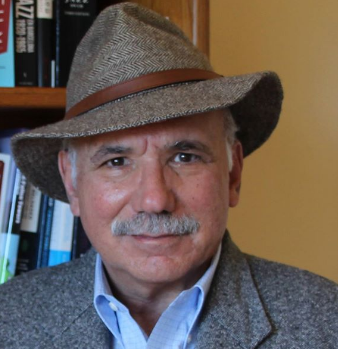 Reese Erlich is a best-selling book author and freelance journalist who writes regularly for CBS Radio, Australian Broadcasting Corp. and National Public Radio. He is a Special Correspondent for GlobalPost and contributes to VICE News. Erlich has won numerous journalism awards including a Peabody award.

Erlich is essentially a skilled and influential socialist propagandist.

Erlich was born and raised in Los Angeles. In 1965, he enrolled at the University of California, Berkeley and later became active in the anti-Vietnam War movement. In October 1967, Erlich and others organized Stop the Draft Week. They were arrested and became known as the “Oakland Seven.”

In 1968, he visited Cuba for the first time, which led to a continuing interest in that country that would eventually lead to a book called Dateline Havana (2009).

In 1968-9, Erlich worked as a staff writer and research editor for Ramparts, a national investigative reporting magazine published in San Francisco.

Erlich’s book, Target Iraq: What the News Media Didn’t Tell You, co-authored with Norman Solomon, became a best seller in 2003. His book, The Iran Agenda: the Real Story of U.S. Policy and the Middle East Crisis, was published in October 2007, with a foreword by Robert Scheer. In a San Francisco Chronicle book review, Ruth Rosen wrote, “Some people are treated as pariahs when they tell the truth; later, history lauds them for their courage and convictions. Reese Erlich is one of those truth tellers.” Erlich’s book “Dateline Havana: The Real Story of U.S. Policy and the Future of Cuba” came out in January 2009.

Erlich’s fifth book, “Inside Syria: the Backstory of Their Civil War and What the World Can Expect” (Promtheus Books, foreword by Noam Chomsky), was published in 2014. In a starred review of “Inside Syria,” Publisher’s Weekly wrote, Erlich’s “insights and conclusions are objective and valuable. The book is essential reading for anyone interested in understanding the current turmoil in the Middle East.”

In the 1980s, Erhlich was a leading comrade with the League of Revolutionary Struggle, an ultra secretive, militantly pro-China organization.

In late 1983, Reese Erlich and comrade Tim Thomas were part of a left wing journalists delegation to Grenada, shortly after American troops had liberated the communist outpost. 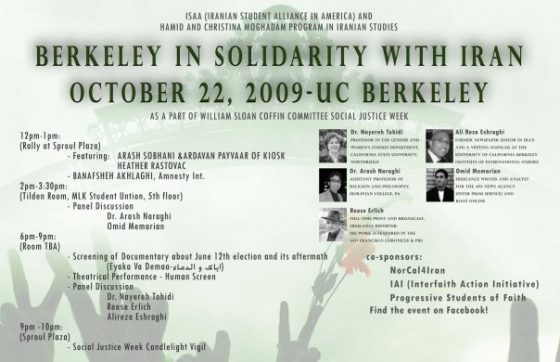 Recently Reese Erlich has been active in Iranian support work.