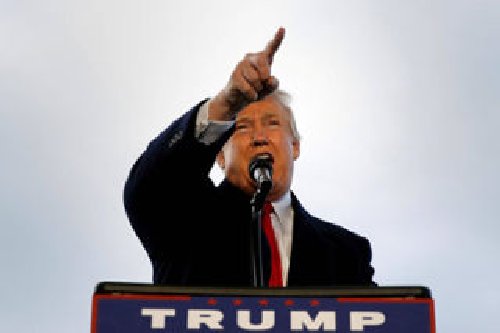 Miscalculating, Kathy Griffin thought her deranged mock-beheading of Trump photo would win her a tsunami of at-a-girl from fellow Leftists. I envision Ms Griffin fantasizing her brilliant stunt skyrocketing her to queen of the anti-Trump resistance movement; finally on the Hollywood A list she has craved for decades. She was wrong. People are backing away from her.

CNN and several others have appropriately said, “Ms Griffin, you’re fired!” http://bit.ly/2sjOtij However, we are dealing with a pathetic woman who suffers with deep self esteem issues. Kathy Griffin is a Hollywood red carpet lapdog suck up who emits a please, please notice and like me vibe. Ms Griffin’s non-funny comedic career is rooted in hate for traditional values, America and Christians.

Though perceived by many to be fake, Ms Griffin initially apologized. But then her sick craving for attention kicked in. Ms Griffin thought, “Finally, the whole country is focused on me. I’m going to milk this attention for all it is worth. I’ll do a press conference to tearfully accuse Trump and his family of abusing me, trying to destroy my life. Everyone will rally around me.” Once again, Ms Griffin miscalculated. Her embarrassingly absurd attempt to spin the situation to portray herself as the victim bombed. Leftists are begging her to stop hurting their cause. http://bit.ly/2rnxIV0

Ms Griffin’s fellow Leftists do not comprehend the depths of her illness, as she relishes her 15 minutes of fame. However, the ripple effect of Ms Griffin’s vile act will last far beyond 15 minutes. Kathy Griffin’s photo of her holding the bloody severed head of President Trump represents the jump-the-shark moment of Leftists’ unprecedented vitriolic movement against a U.S. president.

“All that is needed for evil to prosper is for good men to do nothing.” Ms Griffin’s career is crumbling due to a new group of fed-up conservatives, Stop The Scalpings, announcing, “Operation Fight Fire With Fire”, pushing back against her evil. Advertisers are distancing themselves and performance venues are closing their doors to Ms Griffin. http://bit.ly/2sCK4Xf

“Operation Fight Fire With Fire” was launched by my patriot sister Melanie Morgan along with Brian Maloney. http://bit.ly/2rF8Jhs Emboldened by successfully removing Bill O’Reilly’s powerful voice from Fox News, Leftists have targeted the conservative voice of Sean Hannity for removal from the airways. Saying not on our watch, tens of thousands of conservatives are signing on to the new movement led by Melanie Morgan and Brain Maloney. Thanks to Melanie and company, Leftists like Ms Griffin are finally paying a price for their arrogance, disrespect and attempts to undermine laws, the American people and elections. Praise God!

Could “Operation Fight Fire With Fire” spark the rebirth of the Tea Party; a rallying cry for decent patriotic Americans to push back against Democrats’ planned anti-Trump “Resistance Summer” which is an openly treasonous assault on our country? http://washex.am/2rx3L3q

It is time for a rebirth of the Tea Party. We the People who elected Trump in an electoral landslide have been starving for someone to lead the charge. We are frustrated over the Republican led congress not fully supporting Trump’s mission to make our country great again. Republicans allow Leftists to silence conservative voices and behave treasonous with impunity.

Regarding Ms Griffin. Life has taught me that God sometimes gives us great gifts wrapped in ugly packages (circumstances). The backlash from Ms Griffin’s ill-conceived Trump stunt was a golden opportunity for Ms Griffin to reassess her life, inspiring a change. Unfortunately, Ms Griffin’s liberal arrogance and lust for the spotlight caused her to take back her fake apology and double down on her attempted media assassination of the president. I pray that Ms Griffin will fill that hole in her heart with love from above accompanied with a peace which passes all understanding.

But until that happens, Ms Griffin and her ilk losing everything due to their treasonous assaults is well-deserved; crucial to restoring America.

Thank you, Stop The Scalpings for launching, “Operation Fight Fire With Fire.” http://bit.ly/2rpSjIp

In my view, May’s labor report was weak. Yes, the unemployment rate did fall to a sixteen year low of 4.3%, but the reason for this decline was the result of workers leaving the work force. The labor participation rate (LPR) declined to 62.7% from 62.9%. Wage growth is still subpar. Non-farm and private sector job creation disappointed.

However, the two positives of the report was the decline in the U-6 unemployment rate to 8.4%, the lowest since November 2007. The U-6 rate is comprised of workers who have left the workforce and part time workers who are looking for full time jobs. Accordingly, the number of part time workers also declined.

Some have stated the disappointing data is the result of the lack of qualified workers. Others state it is the result of changing demographics. I think it is all of the above including the fear of companies hiring more workers until there is legislated regulatory relief. I believe it is noteworthy the number of job openings are around a record high, positions that obviously have not yet been filled.

The data was nominally market positive.

Many times I have commented about the outsized influence of ETFs and index funds. There are now more indices than listed stocks, a statistic that I find difficult to comprehend.

Wow! The above data is of concern given the potential imbalances such rampant indexing can create. As noted many times, there is no macroeconomic thought or security research involved. Investing decisions are based only on capitalization

I find it interesting the father of indexing, Jack Bogle, has again echoed the above fears.

Speaking of fears, many times I have commented about the massive volatility occurring beneath the surface. This view has been perhaps validated. According to the WSJ, some academics are voicing concerns the VIX is being manipulated to suggest volatility is nonexistent, taken advantage of the inherent flaw in its design in order to unfairly profit.

Today, Bloomberg reported the volatility index rose to a new record last week, its fourth week of gains in five.

In many regards, the human element has been discarded from investment strategies for the simple reason all markets — being financial markets or the real economy — are comprised of people, people who react to outside stimuli, behavior that technology fails to recognize in the present tense.

What will happen this week? The economic calendar is relatively sparse, so trading may be dictated by the headlines.