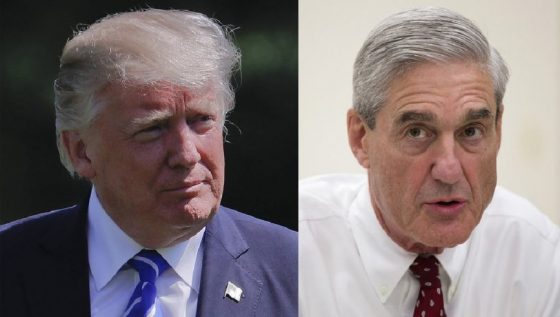 The incoherent questioning of James Comey by Senator John McCain (R-AZ) is symptomatic of why President Donald Trump is at a severe disadvantage as the special counsel’s investigation of Russia-gate goes forward. The Republicans have walked into a trap and don’t know how to dig themselves out. They are playing ball with the Democrats, whose goal is impeachment.

The liberal media, the Democrats, and Comey’s best buddy, Special Counsel Robert Mueller, are in Comey’s corner. Mueller approved Comey’s decision to testify to the Senate Intelligence Committee, and Comey testified that “Bob” would handle the obstruction of justice investigation against Trump.  It can’t get any clearer than this. Trump is a marked man. We know what they’re doing.

Forget all of that media spin about Mueller’s sterling reputation. He was a terrible investigator in the anthrax case and fingered several innocent people.

Playing a tag team match against one opponent, the President, the Comey-Mueller combo looks unbeatable. Only Trump can stop Mueller now, and a decision to terminate Mueller might accelerate demands for Trump’s impeachment. But Trump is the President and he can order Mueller’s firing. It would be the right thing to do. Mueller was the wrong choice for that job. He was too close to Comey and his work as a former FBI director presents too many conflicts of interest.

In Trump’s corner is a dysfunctional White House press office and Trump’s personal lawyer, who provided a statement at the National Press Club and then scurried away.

Who do you think is going to prevail under these circumstances?

The White House press office response to Comey’s testimony—that the President is not a liar—sounds suspiciously like Richard Nixon’s claim before he resigned that he was not a crook.

The handwriting is on the wall, and the Conservative Party collapse in Britain portends the collapse of the Republican Party here. The conservatives in Britain had one advantage—they didn’t have a special counsel breathing down the neck of their party leader. Even so, Theresa May lost her majority.

Since Mueller can’t indict Trump, his investigation could produce impeachment charges against Trump, which would be filed by the House if the Republican majority disappears in the 2018 elections. Simply put, the American people may want to put this nightmare behind us.

Those who think that the hearing somehow defused obstruction of justice charges don’t understand the role played by Mueller in this process. He is the equivalent of a “Star Chamber,” a rogue court that can railroad innocent people found to be out of favor with the establishment.

The evidence of such a railroad was on display in Thursday’s hearing.

Writing in the New York Post, in a column headlined, “Trump’s in trouble after that Jim Comey hearing” John Podhoretz notes that while Comey said Trump was not under investigation before, “The problem for Trump is that he’s under investigation now.” That’s a reference to the Mueller obstruction investigation that can lead to the filing of impeachment charges.

Matthew Continetti at The Washington Free Beacon writes about Trump’s likely impeachment, saying that while Comey would not say if he believed President Trump obstructed justice by urging him to “let go” of the investigation into Michael T. Flynn, Comey “did say he was sure that Mueller would investigate whether obstruction of justice had occurred.”

Comey knows precisely what Mueller is doing. Indeed, Comey and Mueller are working together to bring down Trump. Their purpose is to protect the FBI, which they both served as directors.  There is a lot of corruption in the bureau that has to be kept out of the public domain. Some of that involves Mueller’s mishandling of the anthrax letters probe. Some of the corruption involves the failure to stop Islamic terrorism on American soil.

Continetti writes that “By firing Comey and then tweeting recklessly about it, Trump elevated a long-running but manageable problem—the so-called ‘Russia thing’—into an independent investigation that seriously endangers his presidency.”

Comey is one smooth operator. He deliberately leaked to The New York Times his side of the story, regarding his private conversations with Trump, for the purpose of triggering the appointment of a special counsel. It worked. No wonder Trump is mad at Attorney General Jeff Sessions for opening the door to such a probe.

Some conservatives in the media are saying that Trump can somehow hang on. Over at Trump-supporting Breitbart, Joel B. Pollak writes about how Senator James Risch (R-ID) supposedly destroyed the case for obstruction of justice through skillful questioning. He says, “Democrats have hinged their hopes for impeachment—and reversing the 2016 elections—on the idea that Trump committed obstruction of justice. That case has now been smashed beyond repair.”

But Risch’s questions will do absolutely nothing to stop Mueller. They will have no impact on the special counsel. Mueller doesn’t answer to the Senate. He answers to himself.

In the incident under scrutiny, Trump threw everybody except Comey out of the room to say he hoped the then-FBI director would let Flynn off the hook. Comey says he took this as an order to drop the probe. That’s the way Mueller will interpret it as well. They think alike.

At this point, Trump is hanging on, charging that Comey is the leaker and that he, Trump, has been vindicated by Comey’s statement that the President wasn’t under investigation back then.

It’s true: Trump wasn’t under investigation by the FBI back then. But that was before a special counsel, a former FBI director, was appointed. Now it’s a new ball game, and it’s not the one McCain was watching as he drifted off to sleep.

We said it before, in our column, “Best Buds Target Trump,” and we will say it again. Comey and Mueller are best friends who will protect one another. They are clearly working together. They are the insiders working to depose the outsider, Trump.

Trump can defeat this attack. But a personal lawyer who runs in and out of the National Press Club is not the answer. The announcement from the White House press office that Trump is not a liar will not be enough. And the idea that there is no legal case for obstruction of justice, from a conservative point of view, can’t save Trump from the special counsel’s own warped view of his mission to save the FBI.

Unless drastic action is taken, in the form of a “war room” with veteran conservative operatives to challenge the Mueller/Comey onslaught, Trump will likely lose.

As part of the counter-attack, Trump will have to fire Mueller, just like he fired Comey, and then he will have to drain the swamp at the FBI, as we urged before. All of “Comey’s Homies” should be identified and fired.

The FBI is out of control, including its former directors Comey and Mueller. Trump is the elected president. Will he act to restore civilian control of the government and put the unelected and unaccountable bureaucrats in their place?

“South Africa is literally disintegrating.” Alex Newman, an award-winning international journalist, discusses communism in South Africa and anti-white genocide. Newman reveals the truth about “South African freedom fighter” Nelson Mandela and the “Rainbow Nation” he ruled. He looks at the prospect of persecuted white South Africans who may try to flee to the United States. 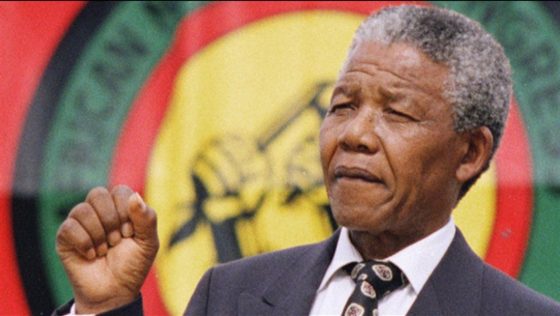